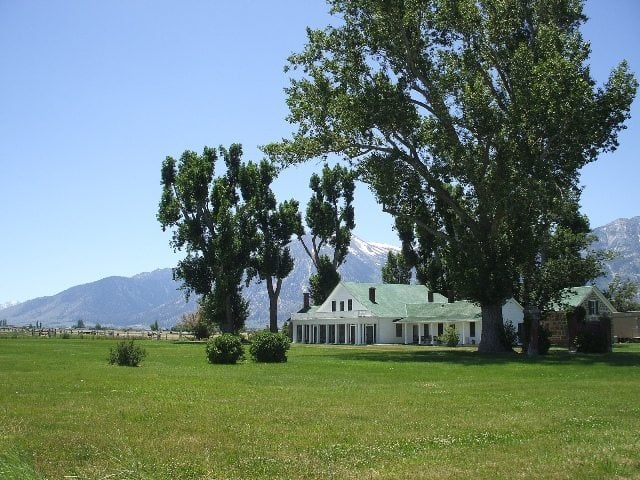 Dangberg Home Ranch Historic Park in Minden has been named a “Nevada Treasure” for the Reno-Tahoe Territory in the Discover Your Nevada contest.

Three of the six Nevada Treasures defended their 2012 title through active social and viral marketing outreach. This year’s winners are:

The contest, now in its second year, is administered by the Nevada Commission on Tourism and is designed to raise awareness of Nevada’s extraordinary assets among Silver State residents, ultimately driving travel within the state.

“Nevada has so many interesting towns, historical sites and natural wonders, it truly is a place for discovery,” Vecchio said. “The winners represent urban and rural areas, showcasing the incredible offerings found throughout the state.”

The 2013 contest was conducted via Facebook, providing an enhanced opportunity for sharing recommendations and viral marketing by nominees. This platform allowed residents, business owners and Nevada fans to rally behind their favorites via critical social networking channels.

For more information about the 2013 “Treasures” and traveling in Nevada, visit TravelNevada.com.

The Nevada Commission on Tourism (NCOT) is part of the Nevada Department of Tourism and Cultural Affairs. NCOT promotes and markets Nevada as a tourism destination for domestic and international leisure and business travelers through its marketing and advertising programs and by coordinating partnerships between public and private entities. NCOT also administers grant programs for local entities to market travel and tourism offerings and publishes Nevada Magazine.