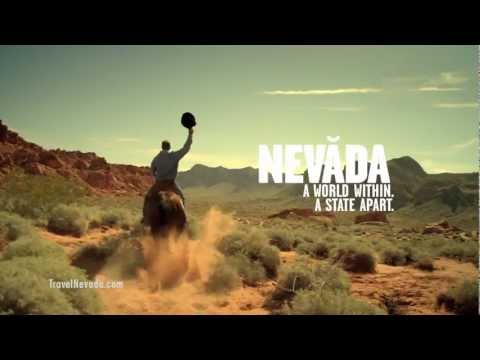 CARSON CITY, Nev. — The Nevada Commission on Tourism’s spring/summer 2013 advertising campaign successfully strengthened interest in travel to Nevada among key audiences with results showing significant year-over-year increases. The integrated marketing campaign boosted direct visitor spending in FY2013 to $263 for every dollar spent on advertising (compared to $228 in FY 2012). This translates into a return on investment of $22:1 compared to $19:1 in FY 2012. The results are part of the advertising and marketing effectiveness study recently completed by one of the largest custom marketing research firms in the world, TNS Global.

The integrated marketing campaign ran April through July 2013 in collaboration with the launch of the state’s first-ever brand, Nevada: A World Within, A State Apart. The campaign’s broadcast, digital and print ads featured all-new creative designed to appeal to an audience of travelers who fit the tourism brand profile of being participants, adventurers and explorers. The television commercial  is highlighted by a contemporary recording of the cowboy classic “Don’t Fence Me In” by Las Vegas-based rock band the Killers. The song has become a mantra for travelers seeking experiences that are uniquely Nevadan. The spirit of the ads — freedom and the space to be who you want to be — connected with target audiences and helped drive engagement across all platforms.

“We are thrilled this new campaign is resonating with potential travelers,” Nevada Commission on Tourism Director Claudia Vecchio said. “There’s always an element of risk when starting a new campaign, and while this one was based on research and strategic insights from our new marketing agency, we are always pleased when the target audience embraces the direction.”

Additional findings from the report include:

Due to Nevada’s key travel assets and the opportunity to position the state among a growing travel segment, NCOT increased emphasis on educating and driving preference among Millennials and Gen-Xers (ages 25-45). In addition to working with the Killers, digital and social media played a stronger role, including targeted ads on social networks.

NCOT has been using TNS Global to conduct this study since 2004, so it provides solid year-over-year comparisons. John Packer, TNS Global vice president of travel and leisure noted, “NCOT is currently using one of the most comprehensive destination research designs to measure their advertising and marketing effectiveness.”

The research methodology tracks consumers’ responses to (only) the NCOT ads. The research is able to align online activity with specific ads through digital tags and inquiry channels. This helps ensure little overlap of advertising done by other Nevada marketers.

In addition to the measurable impact on revenue to the state, the new campaign delivered on the immeasurable attribute of inspiring travelers. Specific feedback to the commercial included:

The new campaign will continue in the fall. The digital and broadcast ads, set to begin in mid-November, will continue to bring the state’s diverse offerings to life through various multi-media channels. The integrated program will include breakthrough digital platforms, website enhancements, an updated commercial, continued emphasis on digital advertising, outreach to travel writers and enhanced social media engagement.