By ThisIsReno September 30, 2012
Christy McGill, director for Healthy Communities Coalition, and Monty Williams, chair for the Nevada Statewide Native American Coalition, are among those attending the statewide Drug Summit in Reno, Nevada next week. 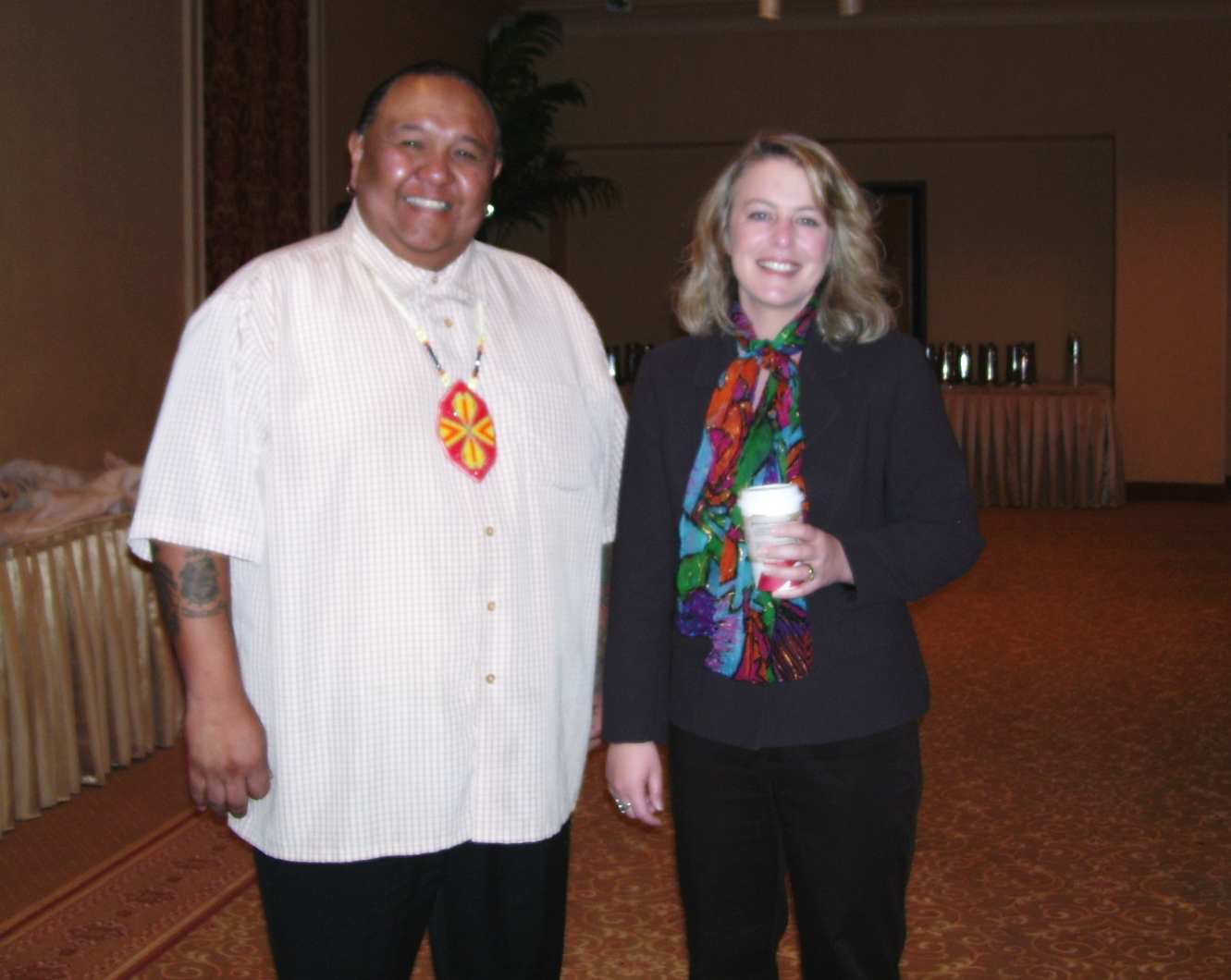 Christy McGill, director for Healthy Communities Coalition, and Monty Williams, chair for the Nevada Statewide Native American Coalition, are among those attending the statewide Drug Summit in Reno, Nevada next week.

In the last 10 years, more than 100,000 people in the U.S. have died of overdoses involving prescription painkillers. This rate of deaths is now rivaling car accidents as the major cause of accidental death in the U.S.  The Centers for Disease Control and Prevention calls this rate of overdoses from prescription pain killers, or opioids, an “epidemic”.  The 14 community coalitions in Nevada, known as the Nevada Statewide Coalition Partnership, recognize this as a public health problem, and during their statewide Drug Summit in Reno next week, they’ll study possible strategies to address this issue in Nevada.

Increasing access to addiction treatment, promoting safe medication storage and disposal, offering more community education on the topic, promoting procedural protocols for responsible opioid prescribing, and statewide electronic data bases on prescription drugs that enable doctors to see their patient’s prescription history and that also alert communities to “pill mills” and health care providers who are irresponsible, are just  a few possible strategies the group will learn more about at the Drug Summit. The opioid problem is a complicated one because people need access to safe, effective treatment when they’re in pain, but communities must also find ways to effectively reduce misuse, abuse and overdose.

Nevada is one of a just a handful of states that has an active, statewide network of community coalitions. The Healthy Communities Coalition of Lyon and Storey, Statewide Native American Coalition, Partnership Carson City, and Join Together Northern Nevada are among the 14 coalitions that will meet in Reno next week with key representatives from education, justice, health care, law enforcement, and drug use prevention and treatment. The group will also be joined by Nevada Attorney General Catherine Cortez Masto, First Lady Kathleen Sandoval, and Kevin Sabet, Policy Consultant from the University of Florida. Experts from half a dozen states will make presentations about prescription drugs and marijuana.

In addition to discussing coordinated community strategies to reduce prescription drug misuse, abuse and overdose across the state, the group will also look at the complex issues surrounding marijuana such as dispensaries and legalization.

The Drug Summit registration is full. However, for more information about the Drug Summit or the Nevada statewide Coalition Partnership, please contact Director Linda Lang at 841-4730.