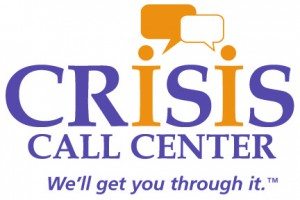 Lyon and Storey County high schools were among the first in the U.S. to pilot a successful new, model program that allows students to contact trained crisis counselors via text message. The text-crisis line was introduced to school administrators and then to staff, parents and students. The program is advertised to students through posters in the schools that are paired with  dispensers for business-sized cards listing the text-crisis line number.

The program, a joint effort by the University of Nevada Cooperative Extension, the Crisis Call Center and the Nevada Office of Suicide Prevention, aims to reduce Nevada’s suicide rate by increasing support for youth.  The program is now available in almost every high school in Lyon and Storey counties. Healthy Communities Coalition of Lyon and Storey, a nonprofit, provided technical support for implementation of the program in schools in Lyon County.

Healthy Communities Coalition director Christy McGill said “the schools have been extremely forward-thinking regarding this extra layer of support for students. This texting program is based on research showing that today, teens are more willing to share their feelings through electronic means than in person or even by phone. Young people who might not talk with anyone in person or who might hesitate to call anyone might be willing to use the text line for help. This provides a valuable opportunity to offer help that didn’t exist before.”

The program was piloted in schools in Lyon and Storey, and researchers from University Nevada Reno and the state Office of Suicide Prevention conducted extensive follow-up and collected data to make sure the program was effective.  They went on to give presentations about the pilot program at national gatherings of experts in the field of suicide prevention last winter.

Some of the findings for the program:

The program is now in 12 northern Nevada grades 6-12, including schools in Washoe and Storey, and nearly every high school in Lyon County School District. The program will be expanded to other schools in the state soon. For more information about the program, contact Misty Allen at the Nevada Office of Suicide Prevention at  (775)443-7843.

If you or someone you know is in crisis, you can call the Crisis Call Center and Suicide Prevention Hotline toll free anytime, 24 hours a day, 7 days a week: 1-800-273-8255 or 784-8090. In addition to the 24-hour crisis hotline, the Crisis Call center also offers crisis intervention services through text messaging. To access this service, text the keyword ANSWER to 839863.

September is Suicide Prevention Month: Those with hidden mental health...

Nevada 2-1-1 becomes first in the country to accept text...