The Governor’s Sunset Task Force, which issued its final 90-page report on Tuesday, also recommended that future panels be established with a mandate to follow the state Open Meeting Law.

The Year 2000 council was created by former Gov. Bob Miller in 1998 to ensure state computer systems were Y2K compliant.

Former state Sen. Bill Raggio served as chairman of the task force, which was established by Sandoval to review the necessity of existing non-statutory executive branch advisory bodies created by prior governors or department heads. Other members of the task force included former state Sens. Bernice Mathews and Ann O’Connell.

“I thank Senators Raggio, Mathews and O’Connell for their diligent work on behalf of Nevada’s citizens,” Sandoval said. “The recommendations they have put forth will help increase transparency and accountability in state government, and help set the stage for my administration to work closely with the Legislature on future sunset reviews provided by recent legislation.”

The task force also made additional recommendations to include elements such as an expiration date and a requirement to comply with Nevada’s Open Meeting Law in future executive orders which create a council, commission, task force or similar body.

Raggio said some of the panels pre-dated his time in the Legislature, which began in 1972. Some had lost their purpose, while the work of others will be continued by different means, including through committees created by the Legislature. 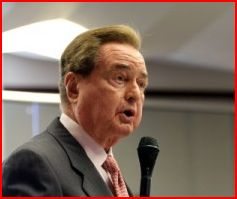 “There were a lot of these commissions and boards that were not legislatively created, but by past governors, and some of them with no time limits, actually with no purpose at all,” he said. “We had no difficulty in recommending the ones that should remain. And the rest of them, really, served no purpose.

“It just did away with a lot of stuff that was still on the boards and that people were being appointed to without any purpose,” Raggio said.

The 18 committees, councils, commissions and task forces Sandoval will eliminate are:

–          The Nevada Interagency Council on Homelessness;

–          The Strategic Plan for People with Disabilities Accountability Committee;

–          Governor’s Committee on Volunteers and Volunteering;

–          Governor’s Committee on Employment of People with Disabilities.

The panels recommended to continue under new executive orders with new expiration dates and new reporting requirements are:

The task force recommended that Sandoval issue executive orders, with expiration dates and reporting requirements, to create both a Child Care Advisory Committee and a Child Support Task Force. Both would be similar to panels appointed by the administrator of the Nevada Division of Welfare and Supportive Services.

Sen. Bill Raggio says a lot of the executive branch boards no longer served any purpose:

Raggio says the task force had no difficulty in identifying those panels that should remain: