CARSON CITY, Nev. – Bethany Drysdale, media relations specialist for the Nevada Commission on Tourism (NCOT), was honored Thursday for her professional excellence by the regional chapter of a national professional organization. 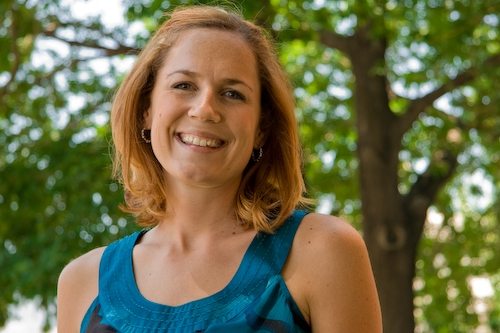 The Sierra Nevada Chapter of the Public Relations Society of America (PRSA) presented Drysdale with the Mark Curtis Sr. Professional of the Year Award at the organization’s annual awards ceremony Thursday at the Atlantis Casino Resort Spa.

Drysdale, 32, has promoted Nevada’s tourism industry attractions for NCOT since 2005, acquainting national and international travel journalists with the state’s activities, events and amenities to develop stories for travel publications, websites and broadcast outlets that entice consumers to visit.

Drysdale serves as NCOT’s social media administrator, researching, writing and posting a wealth of travel information about Nevada on the agency’s blog, as well as to Twitter, Facebook and Flickr, and she arranges and conducts press tours throughout Nevada for writers and photographers to gather story material and photos. Her duties also include writing tourism speeches and talking points for the governor, lieutenant governor, director and other state officials.

Stories Drysdale has worked on, and their value in advertising equivalency, include a Los Angeles Times photo essay about Highway 50, “The Loneliest Road in America,” valued at $263,040; a Wall Street Journal story about Elko, valued at $302,119; a National Geographic Adventure magazine feature about Las Vegas as the top U.S. “adventure town,” valued at $2,201,580; and a story in The New York Times about the annual Reno River Festival worth $418,068 and syndicated nationwide for unknown millions of dollars in PR value. During Drysdale’s tenure, PRSA has awarded NCOT’s Media Relations department multiple Silver Spike awards, its highest honor for public relations work.

Drysdale appears regularly on the Carson City TV program Nevada Trails to encourage viewers to visit area attractions and contributes to ThisisReno.com, an online news source for northern Nevada, and Nevada Magazine. She is a member of the Carson Area Marketing and Public Relations Network, as well as PRSA.

After graduating from California State University, Chico, with a bachelor’s degree in English, Drysdale was a reporter, copy editor and features editor for the Auburn Journal, where she received a national first-place award for Best Layout from the Suburban Newspapers of America. Drysdale and her husband, Sean Drysdale, are the parents of two daughters.