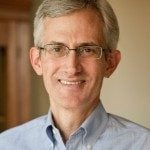 Reid has been a friend to the Hispanic community during his eight years on the Clark County Commission. Now, as a candidate for governor, he stands with the community on critical issues for Latino families, such as education and job creation.

The consequences of the economic downturn–from unemployment to foreclosures–have been felt especially acutely in the Hispanic community. And Nevada’s broken education system has failed Latino families, as currently only three out of ten Hispanic students graduate from high school.

Reid knows that bringing fundamental change to our education system is essential to building a new economy in Nevada. We need to attract dynamic new businesses to our state–but they won’t come if we do not have quality schools for children and the ability to educate the workforce needed for 21st century jobs.

Las Vegas’ Hispanics in Politics and Otto Merida, executive director of the Latin Chamber of Commerce, a Republican who previously supported Brian Sandoval, have endorsed Reid. Just three weeks ago, nearly 100 community and business leaders were announced as the inaugural members of “Families for Rory’s Plan,” a grassroots group dedicated to supporting Reid’s candidacy in the Latino community.

“Meet Rory Reid” also serves to introduce Reid to a new generation of Hispanic voters. Reid studied Spanish in college and as a missionary in Argentina, and he narrates the Spanish-language ad.

The 30-second spot begins airing this morning statewide on Univision and Telemundo.

This where I come from and what I believe.

I was raised here in Nevada, and attended local public schools.

In college, I majored in Spanish.

Cindy and I have been married twenty-two years. Our three children are also in Nevada’s public schools.

And education is why I’m running for governor.

Because strong schools for every child are the key to creating Nevada jobs and building a stronger economy.

The advertisement marks the campaign’s fourth television advertisement. All Rory Reid ads can be viewed on YouTube.