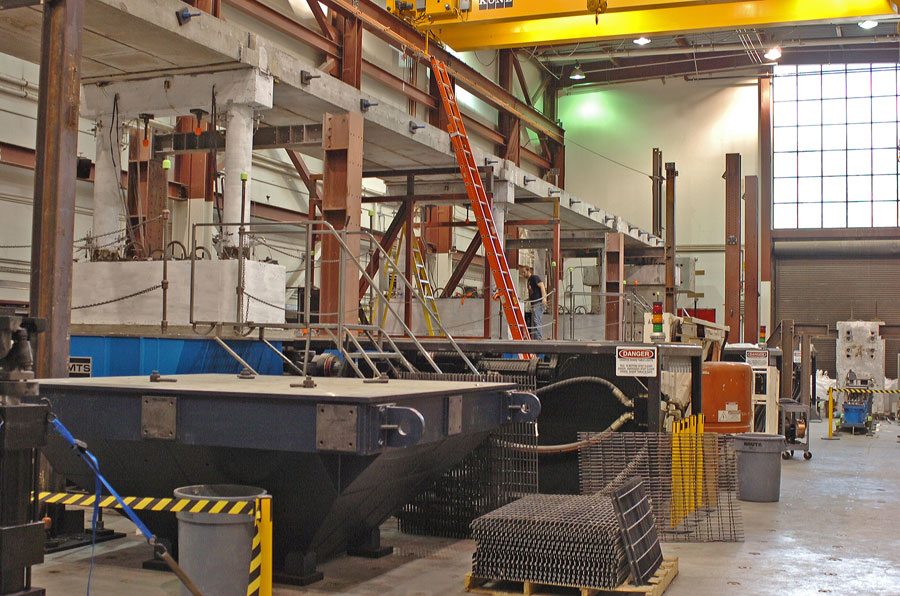 It will be a celebration of 25 successful years of constructing and destroying large-scale buildings and bridges in the name of science, as well as the unveiling of a new triaxial 50-ton capacity shake table that moves in six different directions (horizontally in two directions, vertically, and pitch, yaw, and roll rotations).

“The new fourth shake table will greatly enhance our ability to more accurately represent the motions of an earthquake,” Ian Buckle, director of the Large Scale Structures Laboratory at the University of Nevada, Reno said. “For the demonstration we’re building a room on the shake table, a typical office with furniture in it, and will subject it to three ground motions: the magnitude 4.7 Mogul quake, the magnitude 6.7 Northridge quake, and an extremely violent seismic motion used to qualify industrial equipment. There will be damage.”

Buckle and his crew are building the office with two partial walls so the audience, invited guests for the 25th anniversary celebration on Monday, Dec. 14, will be able to view the results of the inaugural shaking of the new table.

WHO: College of Engineering and Department of Civil and Environmental Engineering

WHAT: 25th Anniversary Celebration of research at the Center for Civil Engineering Earthquake Research (CCEER)

: To dedicate the new, fourth shake table and celebrate 25 years of success

Parking is available at the facility on the ramp leading to the large roll-up door of the James E. Rogers and Louis Wiener Large Scale Structures Laboratory. This can be accessed via the southeast campus entrance at Record and Evans streets and driving north past the Davidson Math and Science building that’s under construction.