New sources of biofuel to take pressure off traditional crops 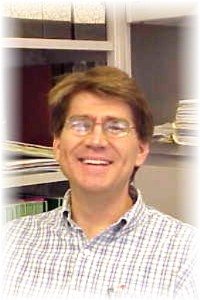 “Salt-loving algae could be the key to the successful development of biofuels as well as being an efficient means of recycling atmospheric carbon dioxide”, Professor John Cushman of the University of Nevada told the Society for General Microbiology meeting at Heriot-Watt University, Edinburgh, today.

The current major limitation of biofuel production is the lack of adequate feedstocks, soybeans and corn, for biodiesel and ethanol production, respectively. Halophytic (salt-loving) micro-algae can be grown on marginal lands with brackish or salt water unsuitable for traditional agriculture. Their growth is non-seasonal, making them 10-30 times more productive than terrestrial crops. They can be grown on municipal wastewater and have widespread potential for recycling carbon dioxide from biomass-, coal-, and gas-fired power plants.

Algae are adapted to a wide range of water sources, but grow year-round in warm, tropical or sub-tropical climates. Using geothermal heat, Professor Cushman has been able to extend the growing season for algae production from three months to nine months in colder climates.

“Our work aims to find suitable algal strains to use for biofuel production”, said Professor Cushman. “We need to identify the key components of the biosynthetic pathway to learn how to improve oil production and alter desirable oil characteristics with immediate and significant impact on the emerging algal feedstock biofuels industry”.