From The Right: Controller Knecht Focuses on Teamwork and Transparency (Opinion) 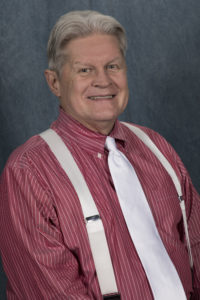 Ron Knecht, Nevada’s State Controller, has been involved in public service for the past 16 years, first as a state assemblyman, then as a member of the Nevada System of Higher Education Board of Regents before assuming his current role. When I sat down to talk with Nevada Republican in his Carson City office we talked about everything from baseball to the state of Nevada’s economy and his political perspectives.

“I’m originally a small-town boy from the Midwest who, like so many of us in the ‘60s or ‘70s, came west to California, as I like to say, when I was young and foolish,” Knecht said. “But I got over it after living there a quarter of a century. I got married and to the perfect wife and we have the perfect daughter and perfect mother-in-law and we all came back to the sane side of the Sierra in 2001.”

As we talked about sports I discovered that in the 1980s Ron was a part-owner of the Boston Celtics (when they sold shares to the public). He also mentioned his admiration for baseball players like Sandy Koufax, Ted Williams, and Stan Musial, not so much for their talents but for their character traits like being a good team player, modesty, and kindness. Knecht prides himself on keeping to that behavior in office and in his treatment of others, his staff, government colleagues, the public, the press, all who he comes across. He mentioned that in every campaign he has ever run he has signed a “fair campaign pledge” and adhered to it.

Knecht jokingly calls himself the state’s “Chief Nerd” when describing his position as Controller.

“I am the numbers guy. That entails overseeing the people who take care of the accounting systems, the debt collection systems, the information technology related to all of that that ties all state operations together including payables, receivables, etc.” he said, then added, “Oh, we also print the checks regularly with my name and Dan Schwartz’s his name on them. We take care of those kinds of back office operations that aren’t very sexy but they’re extremely important.”

When Knecht ran for this position one of his goals was to update the state’s IT system for accounting and interagency communication which is 17 years out of date. The plan is called Smart 21 and he expects it to be achieved by the end of his second term. His second goal was to make his office more transparent to the public, press, and the people of Nevada. He’s done that with the “Annual Financial Report” or “The Controller’s Report.”

“We published monthly controller’s reports for a while, then we focused on Nevada’s first real so-called popular annual financial report, which we now call the “controllers report.” This year’s version was just recently completed and is 24 pages of detailed analysis, charts, graphs, numbers, and tables that tell you the key things about finance and budgeting and public policy in Nevada.”

Knecht offered a surprisingly simple answer as to why voters should favor him in his bid for a second term as State Controller. “I am well qualified and I’ll be running aggressively and cheerfully on my record. That’s really the only thing that we’re going to run on. I’ve made commitments and I’ve kept them.”

Crediting a qualified team, Knecht added, “James Smack, our deputy controller, and the whole staff of 41 have done a great job. I’m very proud of them.”

Learn more about the State Controller’s office at http://controller.nv.gov/. Connect with Ron Knecht’s campaign for reelection at https://www.facebook.com/Ron-Knecht-For-Nevada-Controller-633888666690870/