Multiple defendants were charged in the case and this should serve as a reminder to the community to take precautions to secure homes and personal information, particularly during travel and the holiday season, Hicks said. 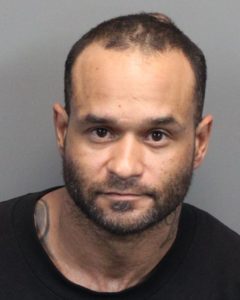 Additional sentences were given to two people who pleaded guilty to burglaries and identification thefts in Washoe County earlier this year.

Hankins and Wortman had each previously pleaded guilty to two counts of Burglary and Grand Larceny of a Motor Vehicle.

They were believed to be the ringleaders in a group of nine defendants charged by the District Attorney’s office. On December 17th, Hankins was sentenced to 46 years in prison, which included two other unrelated cases.

The sentence ensures Hankins will have to serve a minimum of 14 years, 4 months before being eligible for parole.

In September, Wortman was sentenced to 18 years in prison. He will not be eligible for parole until he has served a minimum of 4 years. Hankins and Wortman were also ordered to pay restitution to the victims.

The investigation began in May of 2015 when the Reno Police Department responded to two residential burglaries that had occurred while the homeowners were out of town.

With the personal information, the thieves forged signatures, created a fraudulent power of attorney document, and opened credit accounts with numerous banks and retailers. One of the vehicles was even sold to an unsuspecting victim using a forged title that was stolen from one of the homes. The victims’ estimated loss was over $150,000.