Presentations help food producers with a wide range of subjects

FALLON — The annual Cattlemen’s Update, presented annually in January by the University of Nevada, Reno and sponsored by several businesses and agencies, crisscrossed northern Nevada to present information to ranchers and other stakeholders that may affect their businesses and Nevada’s cattle industry.

The first day was presented virtually and then presenters headed east to Fallon, Ely, Elko and Winnemucca to offer a wide variety of topics. The Cattlemen’s Update is a partnership led by the university’s College of Agriculture, Biotechnology & Natural Resources (CABNR) and its Extension and Experiment Station units.

Attendees received information to help them with their operations and make them aware of problems or issues facing those who work the land.

As he has done for years, Barry Perryman, a researcher, professor and chair of the College’s Department of Agriculture, Veterinary & Rangeland Sciences, moderated the three-hour program.

Lesley Morris, associate professor of rangeland ecology and management, sounded a warning shot involving an invasive weed species that has spread across the Pacific Northwest and has the ability to be a problem in the Great Basin.

She said ventenata could be the next problem – in addition to cheatgrass and Medusahead. Ventenata is a wispy, little plant that grows from 4 to 18 inches tall and has smooth, slender leaves. The first recorded collection of the weed occurred in 1952 in Washington state and has spread to eight other states.

Morris pointed out ventenata has a limited distribution and has been placed in category A on the noxious weed list. She said the worst-case scenario is that the weed could grow anywhere in the Great Basin.

Like cheatgrass, Morris said ventenata can increase fire hazards and decrease wildlife habitat and the diversity and productivity of the rangelands. She said the grass could impact hay production and cause a big loss of its export value. The U.S. Department of Agriculture considers ventenata to outcompete perennial grasses and is of little value to foraging animals.

“We don’t know enough of ventenata and how it will affect grazing,” she said.

Morris revealed studies that indicate ventenata has doubled in the Pacific Northwest in seven years and expands by 3 million acres annually. Other studies show the grass can invade rangelands quicker than cheatgrass. Ventenata can also invade with or without fire.

Shannon Neibergs, an Extension economist for Washington State University and director of the Western Center for Risk Management Education, emphasized several factors affecting the industry, specifically the war in Ukraine and its effects on the global markets, its volatility in the energy markets and drought.

According to the U.S Drought Outlook, persistent drought has plagued the West for several years as of Nov. 1, 2022.

“The market is taking into account the drought outlook and how it’s affecting the market,” he said.

Many cows were lost because of the drought, which, Neibergs said, could extend into the spring.

He added that cows and heifers made up more than 46% of all beef slaughters last year. That number exceeds the 2012-era drought’s culling rates.

He explained that local risk depends on drought recovery and outlook — 2022 was an economic roller coaster with the war in Ukraine, drought, inflation, the coronavirus pandemic and other economic risks.

On an optimistic note, he said the consumer demand and export for beef has shifted back to the feeders from the packers because of decreased cattle on feed.

Gardnerville veterinarian Randy Wallstrum, known as the “Damn Vet,” said Tritrichomonas foetus, or “trich,” is a parasite that causes venereal disease in cattle, which in turn causes problems for cattle producers.

He said trich leads to infertility and can result in abortions in cows and heifers. Wallstrum said several times during his presentation that trich could be financially devastating and costly to remove the affected cows from a herd.

He said possible causes infecting a cow — which occurs during breeding — can come from a stray bull, other cattle on public lands and poor fencing causing intermingling between herds.

Wallstrum said testing can confirm the presence of trich.

“Multiple tests may be required,” he added.

The Douglas County vet said vaccinations help 85% of the cattle, but the vaccination does not prevent trich.

Brad Schultz, the Extension educator in Humboldt County, presented a photography study of the Santa Rosa Range during the 2022 Cattlemen’s Update. This year, he showed participants how to make photo monitoring an important tool in their studies.

“Pictures can clearly a story when combined with other data,” he said.

During his presentation, Schultz described different methods of gathering information, but he stressed consistency in monitoring the subject.

“Be consistent,” he said. “Same time of year, time of day, weather. Ideally, they’re the same.”

In addition to monitoring techniques, Schultz said individuals documenting their project should keep their information safe by placing the data and photographs in a fireproof safe and securing their data.

Schultz said good, clear pictures are worth “a lot of words.”

From his presentation, Schultz said pictures “can be enhanced with other publicly available imagery …and multiple types of imagery at different scales can provide excellent data about vegetation and rangeland change.”

Smoke in the air

Mozart Fonseca, researcher and associate professor of veterinary and rangeland sciences, discussed the problems of heavy smoke from summer wildfires and how it affects not only humans but also livestock.

“The smoke affects the livestock more in western Nevada than in northeastern Nevada,” he said.

Both northern California and Nevada have experienced consecutive summers where numerous fires burned thousands of acres and generated thick smoke for days. He said the smoke caused respiratory problems with cattle that are out in the elements.

Fonseca’s timeline of events ranged from the first 24 hours to months, even years after exposure. Within the first 24 hours, he said cattle could experience swelling of the lungs, labored breathing, blocked airways and wheezing.

From four to 10 days after wildfire exposure, cattle could contract pneumonia and have damage to the respiratory defense mechanism. The longer term effects, according to Fonseca, could result in damage to the small airways and intolerance to exercise.

Jacob DeDecker, the new associate dean for engagement and director of Extension, presented updates on Extension programs. A native of Illinois, he spent 16 years at Michigan State University and moved west to Reno in July.

“I love Extension, love 4-H, love agriculture. I’m excited to continue that in Nevada,” he said during his introductory remarks. “Extension serves as a connector to bring people and ideas together.”

DeDecker said Extension can involve local, state and federal government agencies whose experts can assist the individuals who work the land.

“Extension is a partner to bring people to the table,” he added.

During his presentation, DeDecker said the state’s new 4-H camp will be located in southern Nevada and will give students hands-on experience. The first 4-H camp has been located at Lake Tahoe for decades.

“We have a great story to tell to all different areas of Nevada,” he said. 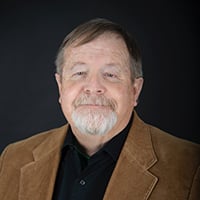 Priorities for veterans’ issues have been established for this year’s 82nd Legislature which begin Monday.

As states plan how they’ll spend the $25 billion remaining in federal COVID relief funds, some also are facing criticism and renewed scrutiny over how they allocated money already received from the American Rescue Plan Act.