The top five reader opinions of 2022 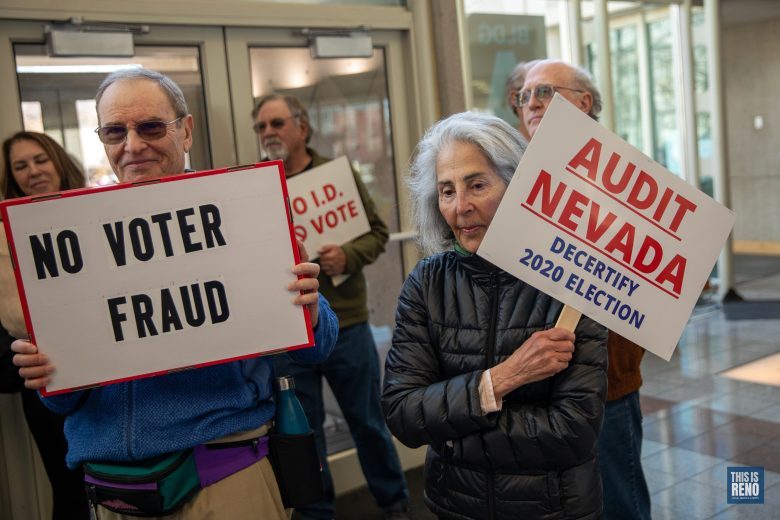 We are wrapping up 2022 with a review of our top stories, photos and, now, our top reader submissions for the year.

This Is Reno readers this year had their share of opinions to send to our editorial team, many of them centered squarely on local politics. Between the ongoing election denialism and attacks on the Washoe County School District, we had our hands full. Add in a primary and a general election, plus vacancies on the City Council and school board, and there was plenty of fodder that generated reader responses.

We turned away more submissions than we published. This is because, similar to our policy on commenting, we publisher verifiable information, not information crafted on shoddy, non-credible sources, based of half-truths or that distorts salient information in favor of batshit conclusions.

We value our reader submissions and encourage the community to share their thoughts with us. We also expect those opinions – our own too – to be grounded on reliable and verifiable information.

It’s these submissions that convey the passion and pulse of Reno and the surrounding communities and round out just what This Is Reno is all about.

Here are this year’s five most read submitted opinions.

Stockton was blindsided earlier this year by a business moving next door. Sanctioned by the state and the city via zoning codes, and a lack of public meetings, the residential treatment home is much larger than the rest of the homes in the area. More than just a case of NIMBY-ism, Stockton ponders government accountability, zoning laws and neighborhood character. Her piece drew considerable attention online.

Election denialism derailed a meeting of the Washoe Board of County Commissioners in February, supported not just by a vocal minority but by one of the commissioners as well. The proposal to reform the county’s election laws was crushed by opposition – and the simple fact that it would have violated a host of election laws – which included this op-ed by Archambault, a veteran and progressive advocate who called on others to rally against the measure.

A longtime resident, education advocate and school district defender, Jay has continually railed against school board Trustee Jeff Church for what he says is Church denigrating the district he’s been elected to represent. In this opinion, one of several over the years, he tackles a handful of the whoppers Church has peddled to the community.

Thigpen had two opinion articles on this list last year, and it’s no surprise that he made the list again in 2022. His time on the school board gave him insight into many of the controversies WCSD is part of, including LGBTQ+ rights, diversity and inclusion. His sense of civic duty compels him to speak up when he sees what he believes is injustice. In this article, he suggests several solutions to the state of the school district, but ends with one powerful one: “Give peace a chance.”

Reno City Council Member Jenny Brekhus has attracted her share of attention this year through a series of actions that Puchert says are keeping her in the spotlight but not serving any real purpose. “Brekhus’ actions are motivated by a personal political vendetta in the cloak of populism and in the process she has lost her credibility,” he wrote.