SUBSCRIBE
TRENDING
How gas prices have changed in Reno in the last week
Recession or not, Nevada and Gov.-elect Lombardo are primed for a bigger budget
New Sparks fire chief resigns before being sworn in (updated)
PHOTOS: Fire destroys two vacant homes in north Reno
City surveys reveal ‘low morale,’ ‘poor leadership’ at Reno Police Department
Chronic absenteeism: Are half our students really missing from school each day?
Profile: Khalilah Cage hones her balance
Deli Sandwiches but make it Mexican at Beline Carniceria
County submitted 23 potential voter fraud claims to state from midterm election
Be your own bartender at The Village Well
Wednesday, December 7, 2022
Wednesday, December 7, 2022

By Kelsey Penrose September 28, 2022
The headdress of "last of the Washoe Indian Chiefs," Captain Pete, which was inspiration for comic artist Theo Tso's "Captain Paiute- Indigenous Defender of the Southwest." Image: Kelsey Penrose / This Is Reno

The reception kicks off a six-month public exhibit of artworks honoring and including work from the initiative’s feature artists from November 2021 through September 2022.

Within the program, independent curator Mark Salinas pairs a contemporary Nevada artist with the artifact selected for the Nevada State Museum’s every-other-month feature, Curator Corner. The intent, according to the initiative’s website, is to expand the visibility of underrepresented artists in the state.

“Diversity and culture is very meaningful for me,” First Lady Kathy Sisolak said. “But more so is the education and acceptance of social equity which allows all peoples in Nevada and beyond to feel invited, welcomed and safe.”

She went on to say that the program extends opportunities for artists across the state to be heard and celebrated.

Gov. Steve Sisolak celebrated his wife for her commitment to the arts.

“I’m incredibly proud of Kathy and the team,” said Gov. Sisolak. “Arts are central to who we are as Nevadans. They bring innovation, a sense of discovery – they inspire us to reimagine our world in a new light that hasn’t been seen before. The First Lady Presents has provided an opportunity for local artists to share their art with the rest of us, enriching our state, allowing us to explore our past, and reminding us what makes our state incredibly special.”

Curator Mark Salinas was unable to attend the reception as he was diagnosed with COVID that morning, but he sent his remarks on how important it is to serve underrepresented communities.

“I want to create a moment in acknowledging the history of this land we gather upon,” Salinas wrote. “I invite all communities across the state in being committed to cultural awareness, social responsibility and measurable actions to support and benefit the indigenous people who are living alongside us.”

Salinas also had a word for the artists gathered as well: “Your stories are Nevada’s stories. Your future is Nevada’s future. Your talent makes Nevada so much better.”

Local attorney, comedian and essayist David Gamble Jr. was the featured artist for March of this year. His pairing, timed for Women’s History Month, was an assortment of 19th century petticoats and pantaloons.

Sisolak, in her letter about the pairing, said, “We know that during divisive times it is laughter which connects people. Comedy has a special way of peeling back the complicated layers of society and taking a true look at ourselves.”

Gamble’s honest perspective and ability to “focus on the spectacle of humanity” were a match for the intimate core layers of a woman’s attire.

While Gamble’s portion of the evening was listed on the event program as “comedy,” he instead gave an impassioned speech on standing up for women and against abortion bans, pulling details from his own family history.

Gamble said he received results through the Renown Health Study and 23 And Me ancestry tracing that, unsurprisingly, showed his ancestry could be traced to West Africa. However, within that ancestry was a small shock: an ancestor of Irish descent.

“When I was recounting these results to my mother, she said, ‘That makes sense, because we had a relative who had been enslaved, and who had had a baby by the master,” said Gamble. “This relative was enslaved by an Irish family. My mother’s unfailed politeness compelled her to use the phrase ‘had a baby by the master’ in order to describe our relative’s rape and forced birth.”

Gamble went on to say that in learning this part of his ancestry, it put in perspective that this particular ancestor was a real, individual person.

“It also made me wonder how people like her, and she herself, became pregnant and the answer lies in another dark chapter of our nation’s history,” he continued.

“Today’s opposition to abortion rights, so often couched in terms of dignity for women, protection of children, and the creation of culture of life, serves to obscure what is the American tradition of exertion of control over the bodies of women, and punishment for those who will not submit,” Gamble said.

He went on to say that it is “no mystery” how today’s record low abortion rates have been achieved, which has been through policies that allow women the choice of when and whether they become pregnant, and which give families who have children support.

Women in other states, Gamble said, weren’t so lucky. He pondered what his ancestor would say if she could see him today.

“I imagine she would marvel at my existence,” said Gamble. “Whereas she lived life as a prisoner due only to the color of her skin, I am an upwardly mobile professional. […] I am living a life as close to full equality men have ever achieved in this country. While I cannot speak for my ancestor, if she were here today, she might wonder what any of that matters, if 157 years after the end of slavery, while ostensibly a free woman, she could still be forced to bear the child of her rapist.”

Gamble closed by saying that women are fighting for their lives, and “we must not let them stand alone,” and calling upon those gathered to support women in their fight against oppression.

In addition to Gamble, the exhibition features four other artists specializing in comics, music, basketry and painting.

Theo Tso is a comic book artist and Las Vegas Paiute tribe member. According to his artist bio, his passion for comics began at a young age when he stumbled upon a milk crate full of comics in an old shed. His comics are based on stories he grew up with, and under his publication label War Paint Studios, Tso created Captain Paiute: Defender of the Southwest.

His artifact pairing is the Golden Eagle headdress belonging to Captain Hank Pete, the “last of the Washoe Indian Chiefs.” Pete spent his life as an advocate for the Washoe tribe, and was “instrumental” in the tribe’s fight to reclaim their ancestral lands, according to Dr. Anna Camp, Curator of Anthropology at the Nevada State Museum who selected the pairing in consultation with the Washoe Cultural Resource Advisory Committee.

Angelo Monroy was born in Hong Kong and lives in Reno as a pianist, composer, educator, and Jazz enthusiast. According to his artist bio, his work is primarily inspired by consciously interpreting Black American musical traditions.

His artifact pairing is a shark tooth sword. Sharks are culturally significant to the indigenous people of the Gilbert Islands, according to Rachel DeLovio M.S., Anthropology Collections Manager who selected the pairing. The inhabitants of the islands created shark tooth weapons, including daggers, swords, and lances – some of which measured up to 25 feet. The artifact selected is a four foot long shark tooth sword, which was owned by Dr. S. L. Lee, a Victorian-era collector from Carson City.

Melissa Melero-Moose is a mixed media artist, as well as the founder of the Great Basin Native Artists art collective, and curator for its gallery at the Stewart Indian School Cultural Center and Museum in Carson City. Melero-Moose is a northern Paiute and currently lives in Hungry Valley.

Her artifact pairing is a preserved scorpion. According to Dr. George Baumgardner, Curator of Natural History, who selected the pairing, while many people think Nevada deserts are “lifeless wastelands,” they are actually home to a diverse array of wildlife uniquely adapted to their environments. For example, Nevada is home to 3-inch-long scorpions, bats that eat scorpions, owls that nest in the ground, rodents that rarely drink water, and more.

Loretta Burden is a basket weaver, teacher, and multimedia sculptor as well as a member of the Great Basin Native Artists collective and the Great Basin Native Basket Weavers Association. Burden has consulted with the Clark County Museum to create one of its first Native American exhibitions, including a Native basketry exhibition at the Harry Reid International Airport.

Her pairing is a willow vessel woven by Emma Jim Murphy, a Mono Lake Northern Paiute, who entered the basket in the 1925 Yosemite Indian Field Days basketry competition. Murphy was considered one of the most skilled Yosemite weavers, and the fineness of her stitching (33 stitches per inch) reflects her mastery of craft, according to Dr. Camp, who selected the pairing.

Learn more about the First Lady Presents program at carsonnvmuseum.org/first-lady/ 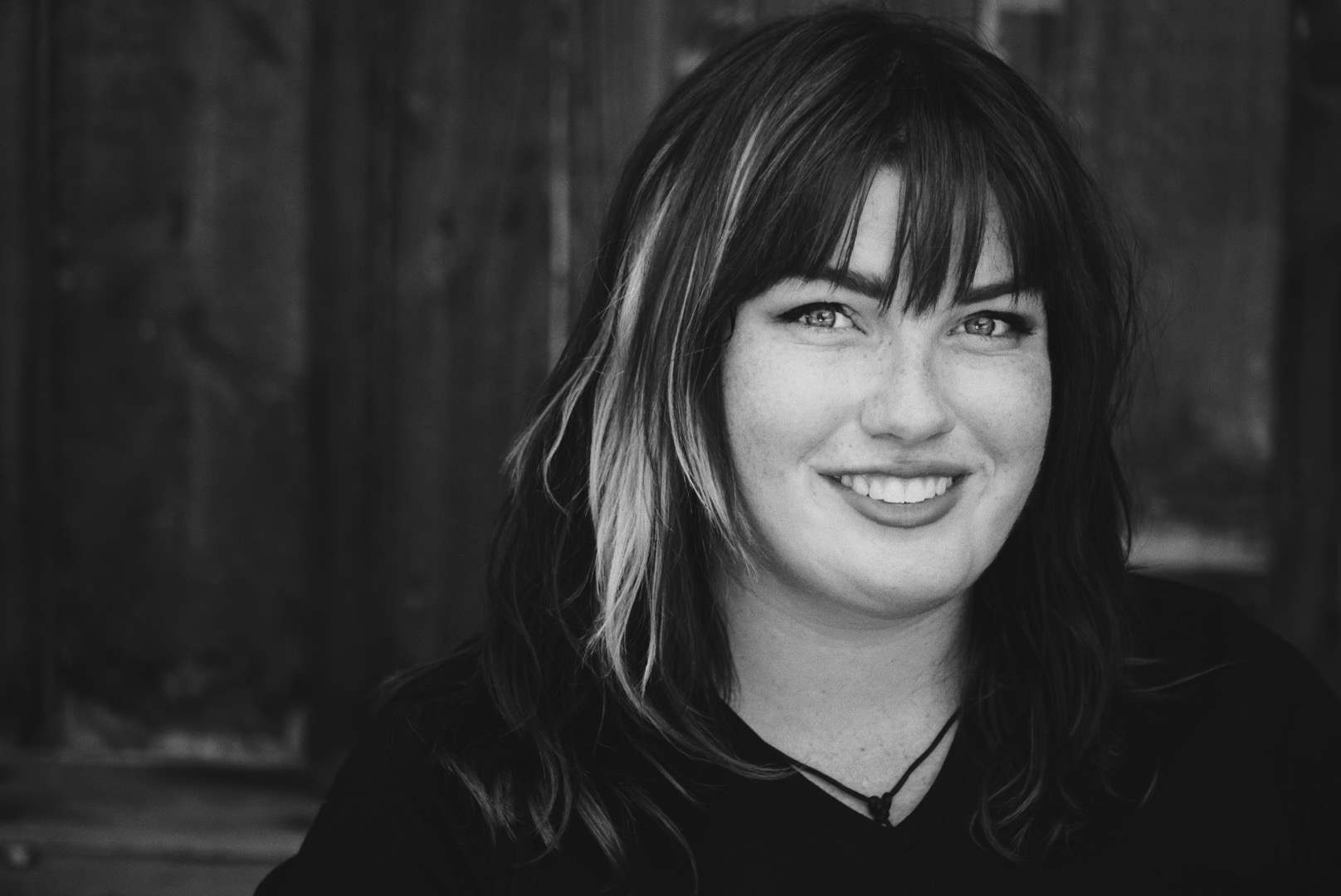