What CCSD & Tesla have in common: Both employ a lot of Medicaid recipients 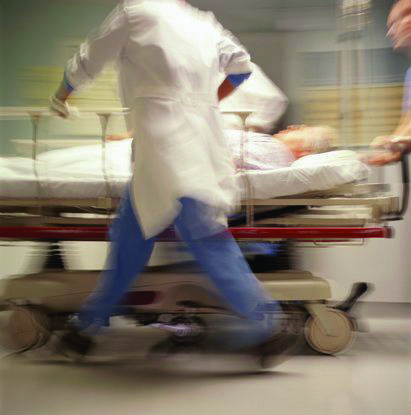 
Amazon, Walmart and Clark County School District topped the list of employers with the most workers enrolled in Nevada Medicaid.

Altogether, 106,836 Nevada Medicaid members were employed by businesses with 50 or more employees, as were 131,494 dependents of those employees, according to a state report released this month.

The total cost of coverage for these Nevadans: $758.7 million.

That works out to an annual average per person cost of $3,184 to Nevada Medicaid, which is funded through state and federal dollars.

Amazon topped the state’s 2021 fiscal year list with 6,596 employees and 7,735 dependents enrolled in Medicaid. Coverage for those 14,331 people cost $43 million. This is the second year in a row Amazon has topped the list.

With 3,548 employees and 4,203 dependents enrolled in Medicaid, Walmart took second place. Walmart was the leading employer of Medicaid recipients from 2017 to 2019, the first years the Department of Health and Human Services was required by the Nevada State Legislature to compile the data.

Clark County School District was third with 1,606 employees and 2,326 dependents enrolled in Medicaid.

Nevada Restaurant Services, Universal Protection Service, Tesla, Albertsons and the State of Nevada comprised the lower half of the top 10.

Tesla, notable for the massive tax breaks it has received from the state, employed 744 Medicaid recipients with 705 dependents, for a total coverage cost of $4.3 million. Tesla also appeared on the top 10 list for 2019.

The majority of dependents — 81% — captured in the report were 17 years old or under.

Here are the top ten employers of Medicaid recipients in Nevada: