It was 9 p.m. on a Wednesday night when I fell asleep to prepare for a 10-hour workday beginning at 6:30 a.m. the next morning.

In the weeks prior, there had been multiple aurora alerts because of solar activity. Each one with a potential to be seen as far south as northern Nevada. Each time, we did not observe it because of clouds or eventually weakened forecasts.

I went to bed that Wednesday night knowing there was a G3 storm predicted with the potential for mass viewing in the United States, but I was also “over it” as the other times I’ve chased came up with nothing.

The National Oceanic and Atmospheric Administration (NOAA) Geomagnetic Storm Scale shows the severity of geomagnetic storms. Ratings on the scale are denoted by a G followed by a number from 1 to 5, with 1 being a minor event, and 5 being an extreme event. A G3 storm is when northern Nevada begins to have a potential to view the aurora and was the storm predicted for that Wednesday evening.

Around 10:30 p.m. that night, after having slept for an hour already, I awoke for some unknown reason. I went to get a glass of water and, upon returning to bed, scanned Twitter to see what was going on.

A beautiful aurora image popped up on my feed from a town in Colorado that had a latitude lower than Reno, posted just moments before. Immediately my mind went from getting ready to go back to sleep to let’s get some shoes on, grab the camera and drive to somewhere dark.

This could be it!

I called my friend Brian, who I knew was off of work the next day and invited him. He immediately said yes. I grabbed my camera bag and tripod, and within fifteen minutes of seeing the Colorado aurora photo we were driving on I-80 East with a plan of turning at Wadsworth and heading north on Highway 447 toward the Black Rock Desert.

With a playlist heavy on sleep songs, my mind kept racing back to my reality of waking up at 5 a.m. to get prepped for my 10-hour workday. I thought it was a mistake to be driving so far away, so we stopped on the side of the road above Wadsworth and turned off all the lights to see if anything was in the sky.

Since we had driven this far, I set up my tripod to see if a long exposure would capture anything.

A long exposure holds open the shutter to a camera and pulls in more light and information the longer it stays open. It is a common technique in photography to achieve significant results in capturing stars and the Milky Way.

I set my camera up on the tripod in the middle of the empty highway and plugged in the settings I normally used to capture the Milky Way.

As the time ran out on the exposure and the image popped up on the screen, my heart dropped when I saw the glowing red of the aurora on the horizon for the first time in my life.

At that moment, all time concerns immediately vanished. I knew we were now on a mission to go north and attempt to get something brighter than this first photograph.

Tomorrow’s workday was just going to be a tiring one.

As we drove farther north, we discussed why this type of event was possible this time and not the last few times auroras were predicted here in Nevada.

For one, there was no moon out. The moon can cause major light pollution in the night sky, hiding stars easily seen on moonless nights and even making it difficult to impossible to create any Milky Way photographs.

Tonight the moon was a waning crescent at 2.7% of its full moon size and would be a new moon the next day. Needless to say, it was dark.

Light pollution comes from bright city lights as well. The further away from those large areas of lights, the darker the night sky becomes. This can be measured in the Bortle Scale, a scale determining the darkest night skies.

At Pyramid Lake, there are dark skies, but they aren’t the darkest possible, compared to the Black Rock Desert, for example. However, as the aurora is only visible to the north, Pyramid Lake is great. Your sightline is going toward the darkest of the night skies, away from any city lights, because there are no large cities to the north of Pyramid Lake.

Also, there were no visible clouds in the sky. Clouds can be so thick that they prevent us from seeing anything in the nighttime sky. Having a cloudless night was essential to getting a good view to the horizon, where it is said the Northern Lights can be viewed as far as 691 miles away if conditions allow.

Another reason is the conditions from the solar flare itself.

According to the NOAA Space Weather Prediction Center, the sun released two coronal mass ejections (CME) on Nov. 1 and Nov. 2. These CMEs blast a magnetic field into space, and sometimes toward Earth.

They hit Earth’s upper atmosphere and cause particles in the magnetic field surrounding Earth to emit light, creating the visible aurora.

On top of all of that, apparently this particular Wednesday evening was also a cannibal coronal mass ejection, meaning the second storm overtook the first and blasted Earth with a double whammy of sorts, possibly explaining the reason for viewing the aurora so far south.

Currently, the sun is in the early period of “solar cycle 25,” which is forecast to peak in 2025, so the party is just getting started again.

After photographing along the northern section of Highway 447 and getting the same results as our first stop, we decided it was prudent to turn around and finally head home to get some sleep.

We decided to take Pyramid Highway home as it would be a circle of driving instead of going back on I-80 and it would give us some more turn off opportunities to keep trying.

Eventually we made it to the vantage point above Pyramid Lake overlooking the town of Sutcliffe. At this moment, the glow of the sky was visible to the naked eye, although you would have to know what you were looking for in order to see it.

It was mostly a light red glow, sometimes green, and if you were driving along, it wouldn’t even be noticeable. The long exposures were definitely allowing us to see the aurora in more detail than the naked eye.

This is important, as when folks go to look for the aurora when it is predicted in the future having a camera with the ability to capture long exposure is essential, unless it is a storm of a larger magnitude, allowing for naked eye viewing in northern Nevada.

It was at this vantage point that the best image of the night was captured. The vertical lines of the aurora were visible, and the colors were the most vibrant of the night. This is the primary image included with this story that was captured at 12:41 a.m., Nov. 4, 2021.

Within fifteen minutes, the aurora was no longer showing on the camera or lightly visible with the naked eye, demonstrating the brevity in which an event like this can occur.

Long story short: don’t give up hope for viewing the aurora in northern Nevada.

The conditions as described above would have to be right and it would help to have a camera that can perform long exposure to get the most out of what is happening in the sky. The G3 storm observed in this photograph was beautiful, but just imagine the right conditions with a G4 or G5 storm in the future.

Monitor the forecast and get to dark skies when it happens.

P.S. I worked the entire 10-hour workday on Thursday! Worth it. Enjoy and have fun! 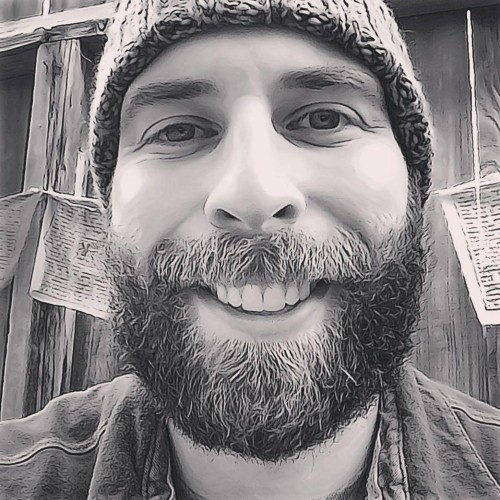 Trevor Bexonhttps://www.trevorbexon.com/
Trevor Bexon has lived in Reno, Nevada since 2004. He believes Northern Nevada has a unique story that he hopes to share with others while leaving a visual history for future study.