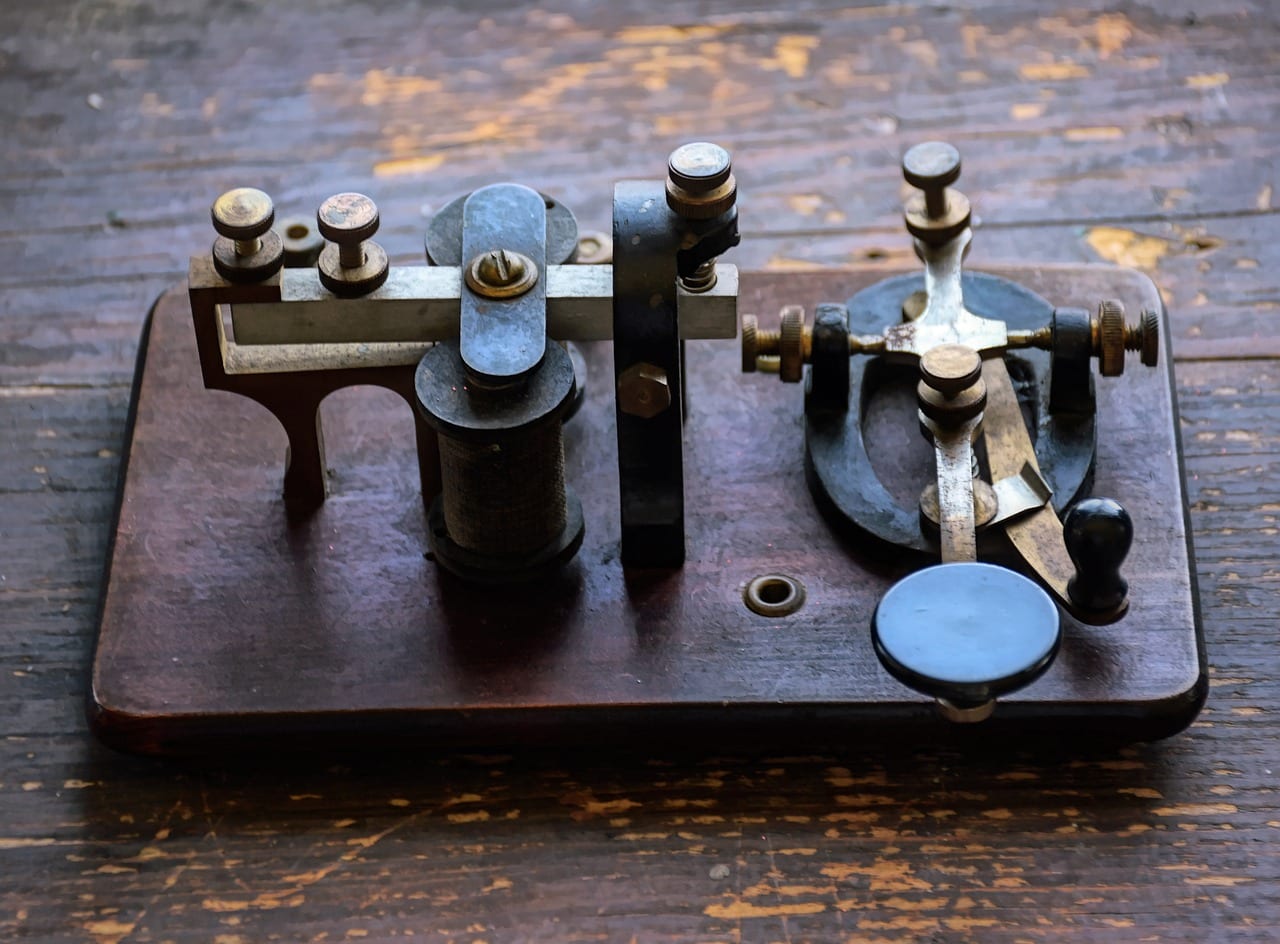 For the first time, Nevada’s battle-born constitution as rush-delivered by telegraph to Washington D.C. in 1864 has been scanned by the National Archives and is available for public view. It has little of the regal perfection we have come to expect in stately constitutions. It fluctuates from pompous flowery penmanship to downright messy scribbles. But to be fair, everything was a little messy in 1864. America was at war, it was an election year and Nevada sent its constitution over telegraph as a formality to try to get the right to vote in the 11th hour.

Now, with this new detail of Nevada’s telegraphed constitution, we have a chance to examine the messy details surrounding our state’s battle birth, including presidential power used to influence the election, using the military for politics, slow mail, technology glitches, a lot of missing money in the mix and even a little fake news. Sound familiar? It’s an election year.

Mistakes on the telegraph

Nevada’s cream-colored telegraphed constitution shows the rush to admit Nevada to the Union in a way we have never seen before. It was translated it to Morse code and back to written words by many people across thousands of miles in many cities over two days till it finally reached Washington D.C. October 28, 1864.

At first, the telegraphers engaged in sweeping, artful penmanship as if to say “this is a constitution, damn it.” Soon their enthusiasm gives way to fatigued meaningless swirly squiggles. Words are illegible, inserted with carrots, smudged, crossed out, crammed to fit into corners, written so fast that punctuation is missing and dashes miss the Ts. A pen broke or spilled ink on page 107. On pages 110 and 111 words are curved down the side of the page. On page 112 words run together. There is even what looks like a doodle on a G on page 117. There are incorrect headings for Articles, confusion about page numbers, and missing words here or there. It’s enough to put a frown on Lincoln’s notoriously ugly face. But, all told, the 175-page document is surprisingly accurate when compared side-by-side with the original Nevada Constitution. So, ugly as it is, frown or not, Nevada’s telegraphed constitution was good enough for Lincoln to proclaim Nevada fit to join the U.S. club of states.

“It’s probably the first example of a major political document being sent electronically,” said the University of Albany Associate Professor of History David Hochelder in an email.

The telegraph was an early form of electronic data transfer —  like binary code through a fiber optic cable today. Instead of binary code, the telegraph used Morse code which was a series of long and short beeps. All technologies have errors, usually operator errors, and the more operators, the more errors. There were a lot of operators required to send Nevada’s constitution by telegraph; you can see it in the various handwriting styles. The Virginia Daily Union reported that operators rotated because it was so tiring.

Explaining how a telegraph works, why it was so tiring, and why so many people were needed isn’t all that easy for a layperson. But here it goes, and I’ll probably get some of it wrong. An operator sat with his finger on a button connected to a wire and tapped it in long and short beeps that represented a word or letter. A guy at the other end of the wire in a city hundreds of miles away would listen intently and scribble down the words that he thought each beep meant. That’s how the Nevada Constitution’s 16,543 words traveled across the country.

Nevada’s constitutional telegraph didn’t really travel. It kinda skipped. Telegraph wires couldn’t send the constitutional beeps all the way to Washington in just one shot. So the beeps were sent by a bunch of operators in Carson City to another operator in Salt Lake City, then another bunch of operators in Chicago, then another bunch of operators in Philadelphia. With so many operators listening to tens of thousands of beeps, translating, and scribbling, there was a lot of room for error. In fact, the Virginia Daily Union reported that an operator could only last about three minutes before getting tired of listening to beeps and tapping and scribbling. Despite the number of operators and fatigue, there aren’t that many errors. This big messy constitution, touched by so many hands, that gave birth to the state, is like the birthmark that makes Nevada different.

Nevada’s constitutional telegraph was the perfect opportunity to try out the art of fake news that hadn’t been perfected yet. It was the longest government document ever sent by telegraph. The length was so unbelievable that people just made up stuff up about it, and the news reported it. The Virginia Daily Union wrote that “a critical friend at our elbow,” said the constitution was just 15,000 words and that it was impossible to transmit such a huge document to Washington DC, so that friend didn’t believe the “yarn” or story.

Fake news was a tactic used to get people talking about the fake thing so that people would be interested in reading the truth, which is much less interesting. Three days later, the Union ran another detailed story correcting the unnamed source and declared the sending of Nevada’s constitution by telegraph was “THE EXACT TRUTH.”

Using the military for political purposes

People are worried today that the military could be called in by the president to quell election unrest and somehow sway the election. Nevada’s constitutional telegraph adventure shows that the military can play a more subtle role in our elections. The military played an indirect role in the outcome of the election by suspending war communications just so that a document could be sent that would create a state and give two electoral votes to support the election of Lincoln.

Presidential powers to influence the election

Around the world, voters worry that leaders will use their power to stay in power. America is not immune, and Nevada’s statehood is an example. Nevada had voted to join the union in 1864, but the president hadn’t admitted us yet. Jeffrey Kintop, Nevada State Archives Manager, wrote in 2009 that the national elections were part of the reason for the urgency of sending Nevada’s constitution over telegraph. It was such a priority, Kintop wrote, that the U.S. War Department suspended all other telegraphs at a time of war to get this document to the president so that Nevada could be declared a state.

Nevada only had three delegates, so that wouldn’t have much of an impact on the results of the election. It’s not clear who made the call to suspend war messages in a time of war to get Nevada’s constitution. But if it was Lincoln, pushing a territory through to statehood in the 11th hour of an election to get more votes, it could be seen as using presidential power to influence the outcome of re-election.

Americans who file absentee ballots, and those who send regular ballots during the national pandemic, worry that mail delays could stop their vote from being counted in time, or even worse, the mail ballots might be the victim of fraud.

Well, mail delivery and fraud were a problem in 1864 too. Nevada’s Territorial Governor, James Nye, sent two actual copies of the constitution by U.S. Mail to Washington D.C.. America was at war and there was a lot of opposition to the president’s re-election and opposition to Nevada joining the union.

“. . . the opposition are seeking to make political capital against us on account of our non-admission,” wrote Territorial Governor James Nye.

Of the two copies sent, only one made it to Washington. The one that made it arrived a month after the election, and the other simply disappeared, which could have been the result of mail fraud. Once the telegraph made it, Governor Nye demanded statehood in another telegraph to the president’s staff on October 29th: “Have president issue his proclamation admitting us a state immediately . . . ”

At the end of the Nevada telegraphed constitution, it simply says “paid $4,303.” It does not indicate who paid.

The cost of sending this document was estimated by the National Archives to be $59,000 in today’s money, which sounds like a lot for 175 pages. But that is not entirely accurate. In 1864, the U.S. was using the gold standard: every dollar was worth a little bit of gold. So, to be fair, when looking at the cost of the telegraph in today’s dollars, we need to factor in the value of gold. That’s apples to apples, gold to gold.

It’s an astronomical cost in terms of an electronic data transfer too. The document as scanned by the National Archives is 138mb. According to Amazon Web Services API Gateway calculator, it would cost absolutely nothing to electronically transfer 138mb of data today. Not a penny. But in 1864, that data transfer cost the equivalent of $3,017 per megabyte in today’s dollars.

So, Nevada’s telegraphed constitution was really expensive. Our eyes are open for the first time to the scribbly expensive thing now, kinda messy in a pretty kinda way. It generated fake news, exposed a flawed mail system, and needed a little elbow grease from the president and military to get it done. From all this, something beautiful came: Nevada.

Kyril “Ky” Plaskon requested Nevada’s telegraphed constitution in 2018 when he heard that the state didn’t have it and the National Archives told him that it had never been scanned or requested. For the past two years, he has reviewed it off and on and reached out to historians to discuss it. He is author of Silent Heroes of the Cold War: Declassified which led Congress to create the National Cold War Memorial outside Las Vegas.