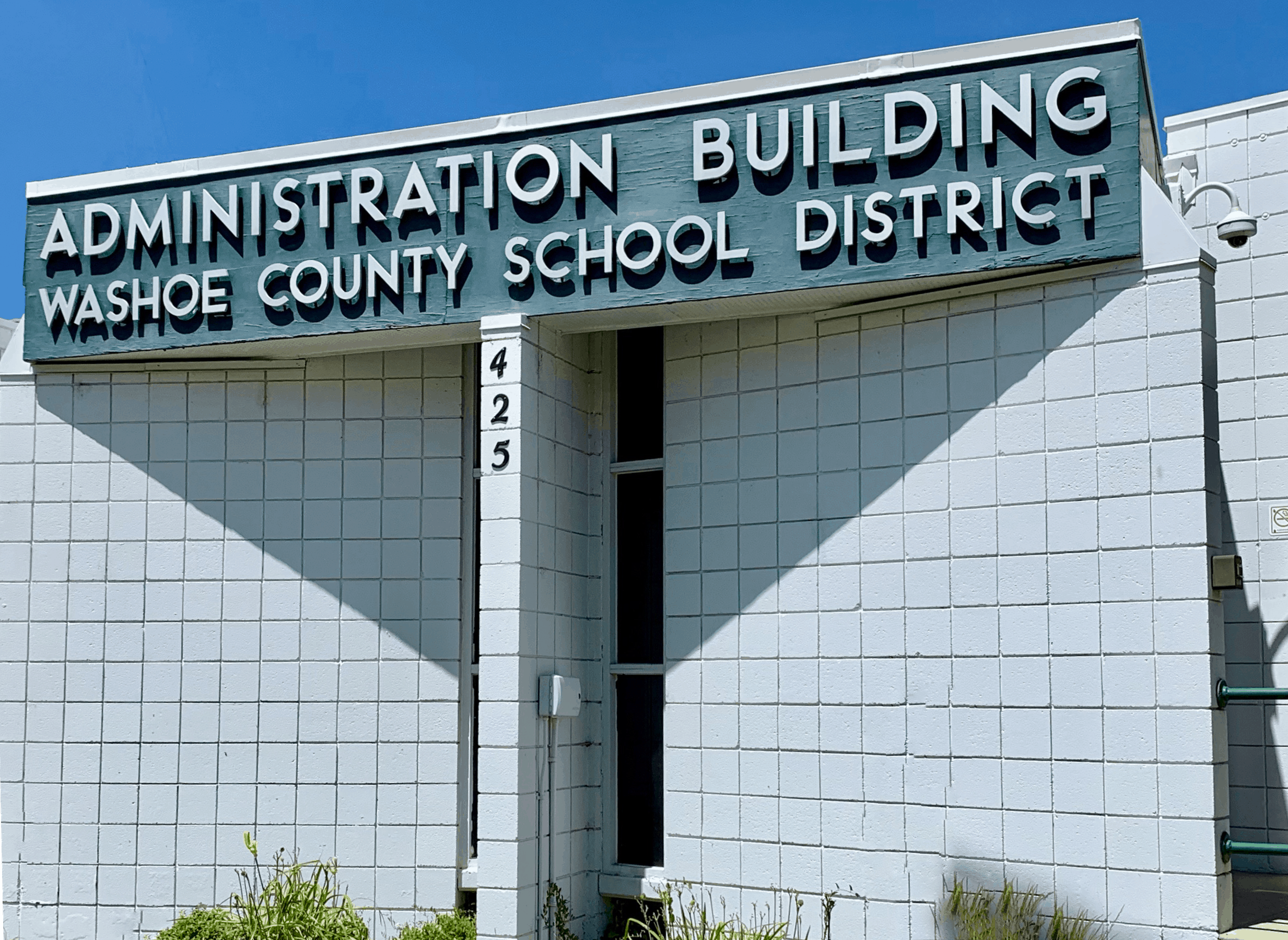 Washoe County School District Superintendent Kristen McNeill held her third of what are now weekly meetings with the media to answer questions—taking time first to give updates on district activities and current student enrollment numbers.

She began her briefing by giving her respects to the late U.S. Supreme Court Justice Ruth Bader Ginsburg and her congratulations to new, interim District A school board trustee Sharon Kennedy, a retired WCSD principal and nurse of 25 years.

McNeill also spoke about attendance in the district and said she wanted to remind students that “being in school is an essential part of their academic journey,” saying that families and parents play an important role in getting kids to school but also that kids can talk with school administrators if they’re having any difficulties getting to school.

Asked why she thought students might be absent, and if it is perhaps related to them believing they have the symptoms of COVID-19, McNeill said, “It’s just a reminder. We had a great year last year, reducing our chronic absenteeism rate, so I just want to make sure that our families know that we’re not letting off the gas pedal as far as making sure students are attending school. It’s important that our students are in school whether they’re in the hybrid model, the distance learning model or the in-person model.”

McNeill then clarified that, as per district directives, those with illness symptoms are still asked to stay home from school.

She also noted that the district is still working on obtaining devices to help students connect to the internet to do schoolwork when they’re not in class. In the past week it has deployed SmartBus connectivity units to 10 fixed locations and added 15 more to school buses with longer travel times

The district is also hosting “Tech Tips for Families” support group online. It’s a part of an ongoing series by WCSD to discuss software used by the district, including the Microsoft Office 365 suite that is currently being used. The series is available on YouTube and the Washoe County School District website.

McNeill also gave a COVID-19 update and referred media to the district’s new dashboard, which contains some information regarding active cases of the virus in schools—though its accounting for cumulative cases has not been as complete and has led to media struggling to report accurate case counts within schools.

Enrollment down, largely at kindergarten level

During its last meeting on Sept. 22, the WCSD board of trustees heard and approved a plan from the district’s financial officers to account for a $12.6 million shortfall in its distributive school funds account resulting from a drop in enrollment and an associated loss in per pupil funding.

As of Sept. 24, McNeill said, the district has 20,588 students attending class in-person, 20,498 distance learners and 20,112 students on the hybrid model of learning at middle and high schools.

These numbers are several thousand short of what they were last year, resulting in both the $12.6 million less in funding for the district and also worries that current kindergarten-aged children—which account for the bulk of enrollment decreases—may not be prepared to advance to the first grade next year.

“Kindergarten continues to be one of our largest enrollment declines, and this is not unique to Washoe [County]… This is happening across the nation,” McNeill said. “Pre-k and kindergarten student enrollments are down across the nation. So, it’s important for us in Washoe to continue working with our partners—KNPB [the local PBS affiliate] and the libraries—to make sure that our families have access to important information…and how we’re able to engage our littlest learners to make sure they’re not falling behind.”

McNeill said the school board will hear in the coming weeks a plan to help kindergarten students be prepared for first grade next year. However, she had no answers as to why kindergarten enrollment has been much lower than in years past—saying, “We need to dig a little bit deeper into our data in Washoe for that… We need to kind of look at the numbers as to the reason why that’s happening, particularly in our area.”

She noted that kindergarten is not mandatory in Nevada but said she could not guess as to whether or not the low enrollment numbers are related directly to the pandemic, referencing again the district’s work with KNPB and local libraries to provide resources for unenrolled children. This includes the Parent University program, which has been facilitating the district’s “Tech Tips for Families” workshops.

Many of the questions posed to McNeill were focused upon kindergarten and what the possible implications of this year’s low enrollment numbers might be, including if parents will be able to request that their children take kindergarten even if they’re the right age for first grade and if the graduating class of 2033 (current kindergartners) might be especially large.

“What we don’t want to have happen is to have our little ones coming into the schools not academically prepared,” McNeill said, adding that the district has considered that many families may want to return their children to the classroom should the pandemic abate. She also said that determining whether a child will enter first grade or kindergarten is something the district and individual families will work on collaboratively.

As to the question of a potential for a large class of students whose educations were delayed by the pandemic, McNeill said she’d have better answers were that she had a crystal ball. In addition to the number of students who will need to complete kindergarten at a late age, McNeill acknowledged that there may be questions about the learning outcomes and advancement of students at higher grade levels.

Jeri Chadwellhttp://thisisreno.com
Jeri Chadwell came to Reno from rural Nevada in 2004 to study anthropology at the University of Nevada, Reno. In 2012, she returned to the university for a master’s degree in journalism. She is the former associate and news editor of the Reno News & Review and is a recipient of first-place Nevada Press Association awards for investigative and business reporting. Jeri is passionate about Nevada’s history, politics and communities.