I find it hard to believe This Is Reno is willing to give me, Jody Rice, space to prattle on about the long-ago happenings of our once little town on the Truckee River. I am most appreciative of it and I hope readers find some value in it. Once again, here we go:

For most of us local folks, this portion of East Fourth Street is to be avoided except for an unrelenting craving for Old Reno food or a dreaded trip to the DMV.

Only two longtime staples, Casale’s Halfway Club and the Coney Island Bar, could make a restaurant thrive here and lucky for me, it sets the scene for today’s look at Reno’s history.

With a step back more than 100 years, it can be hard to imagine the July 1909 grand opening of Truckee Meadows own Coney Island Amusement Park. Yes, an amusement park and a lake big enough to have an island, along with row- and ferry-boats.

“The lake and grounds are gorgeously illuminated with (our) lights,” according to a 1909 advertisement. “The management of the new Coney Island is now drilling for hot mineral water. If successful, one of the finest natatoriums will be constructed.”

The park was sandwiched between the “Biggest Little City” and the “Rail City” long before the stretch of roadway would become the main thoroughfare for automobiles. Some may recall it as Highway 40.

Now only the Nevada Historical Marker and Coney Island Bar, which opened in the 1930s, are signs of the popular lake resort existence at what is now East Fourth Street and Galletti Way, a name change away from Coney Island Street in the 70s.

The corner is a frenetic area with freeway on-ramps and a cement plant equipped with an industrial-sized apparatus and a large staging area for an army of trucks parked on the desolate spot.

A far cry from the trees, lake, pavilions, fireworks, music and dancing that greeted visitors free of charge between July 1909 and 1912.

It was German native Otto G. Benscheutz’s brilliant timing and savvy that allowed him to transform the much smaller, already existing Weiland Park into a resort, which if adjusted for population, could have rivaled even its namesake in New York.

Benschuetz, who also served as Nevada’s sole agent for the John Wieland’s Brewery and coal, used his business acumen to build a reservoir grand enough for ferry boats, row boats and swimming competitions.

Even with historical pictures as aids, I struggle to picture where on the five acres this lake welcomed patrons to take a refreshing break from the summer heat.

Some newspaper accounts say the water to fill the lake was diverted from the Truckee River into the reservoir, others suggest a well with a pump was the water source.

“The pond will extend from the park building to the deep well which was bored there two years ago for the purpose of supplying the city of Sparks with water,” reads the March 4, 1908 article in the Reno Evening Gazette. “The pond will be several hundred feet in length and about 200 feet in width. In places it will be from twenty to thirty feet deep and, of course, will have water of a lesser depth for those unfortunates who have never learned the art of swimming.”

Advertisements for the lush grounds and lake boasted contests of all kinds, obstacles races, rowing competitions, three-legged races and exhibitions by visiting champion athletes attempting to break records. There was a gasoline launch on the lake and a pavilion that served as a skating rink and theater.

It all came to a climax when Benschuetz, 64, died Nov. 1, 1912 in San Francisco. His three children, one of whom attended the historical marker placement ceremonies in 1981, sold off the property after a short-lived attempt to carry on.

Reports suggest the business venture proved too expensive. Some suggesting the family spent nearly $26,000 on building the park, maintaining a leaky lake and drilling for hot springs that never materialized, according to an Oct. 9, 1981 Mason Valley News article written by historian Philip I. Earl.

“The pavilion was turned into a dance hall and bar, but the coming of prohibition in 1918 brought an end to that phase of the park’s history,” Earl wrote.

In the 1920s, the site was an aircraft assembly plant, then a camera manufacturing business and finally an auto camp, where one of the bathhouses was restored and served as a social center. The bandstand was moved to Sparks’ Deer Park but cannot be found there today. Other park buildings either burned or were lost to construction of the freeway.

The evacuation of the DMV will be the next big change to the surrounding area. Teen-agers have been passing or failing driving tests out of the Galletti Way building since 1979. It’s where I became an official driver on my 16th birthday in 1987!

Come November, all DMV operations will be handled at a new building, being built at the northwest corner of Double Diamond Parkway and Sandhill Road.

Something tells me the ravioli at Casale’s Halfway Club and a picon punch to be followed up with homemade bread pudding with caramel sauce at Coney Island Bar will survive.  Go order some takeout or pay them a visit when the time is right. In the meantime, look past what the area has become, and try to imagine fireworks in the sky in 1909. Fireworks illuminating the happy faces of our not-so-distant ancestors: Enjoying a boat ride on the lake, enjoying an ice cream cone or simply swinging on Coney Island’s touted “steel swings.” Go back in time. I did and, believe me, it was well worth it!

Yes, yes, Karl I know: Stay safe out there, huh? 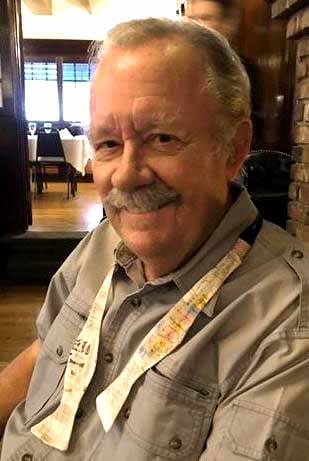