President Trump yesterday became the third president in the United States to be impeached. On Tuesday night, the eve of the House of Representatives’ impeachment vote, hundreds gathered at Reno’s Downtown City Plaza and the Nevada State Legislature building in Carson City to show their support for the impeachment and removal of President Trump from office.


Participants carried signs with slogans such as, “nobody is above the law,” “uphold your oath of office,” and “the founding fathers designed impeachment for demagogues like Trump.”

The people who don’t
get heard are the people
who don’t speak out.”

A “moment of hope”

“We’re here today because Trump tried to use withholding military aid from a foreign power to get them to dig up or to make up dirt on a political rival. Then he tried to cover it up, and we’re here to say no one is above the law, and Trump should be impeached,” said Lynette Evans, a co-founder of Indivisible Northern Nevada and a rally organizer for Reno. 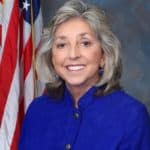 “….The two articles of impeachment introduced today are intended to prevent President Trump from continuing to ignore the Constitution and undermine our democracy. I will vote for both.” 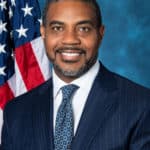 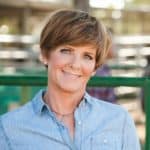 “After weighing all of the facts, I voted to impeach the President. I took an oath to uphold and protect the Constitution from all enemies, foreign and domestic. With this vote, I honor that solemn oath.”


Laura Hale, a volunteer on the Leadership team for Indivisible Northern Nevada, attended the rally in Carson City. She echoed Evans saying, “[I’m here] to raise awareness about support for impeachment in our community and to call out Amodei to follow his oath of office to defend the constitution instead of blindly falling in line with Republicans who have lost their way.”


Various speakers shared their stories at the rallies and Chip Evans, president of the board at Faith in Action NV as well as a co-founder of Indivisible Northern Nevada, captured the sentiment of many of the rally-goers when he spoke in Reno’s plaza.

“If you’re like me, you’ve been on a roller coaster of emotions since the 2016 elections. I’ve been sad, enraged, frustrated, excited, depressed, anxious, mixed with moments of delight and hope. This is a sad and tragic moment. We find ourselves with a criminal and deeply unfit president in our White House—a president who has abused the power of his office and obstructed Congress.”


Although Evans expressed his anger and frustration, he called the protest a “moment of hope.” He also voiced his faith in the power of individuals and the collective demonstrations “involving more than 200,000 Americans.”


Anna Warner braved the cold temperatures to participate in the Reno protest, which she viewed as essential to American democracy.


“This country is founded on a protest, and so we need to be out there, we need to voice, we need [detained children on the border] to understand they’re not alone, and I think that is important. I stand up to speak out.”

Amodei released a statement Wednesday morning ahead of the House’s scheduled vote, saying he would vote “nay” to both articles of impeachment, the first for abuse of power and the second for obstruction of Congress.

“I acknowledge that politics are important, however, our nation’s institutional integrity and our fundamental touchstones, have a value that should overcome political fanaticism and lust for power,” he wrote.


The House impeached President Trump on abuse of power and obstruction of Congress in the late night Wednesday vote, making him the third president to be impeached in United States history. The House will send the articles of impeachment to the Senate, which will then vote on whether to remove Trump from office.

Tabitha Mueller is a freelance writer and multimedia journalist based out of Reno, Nevada. She is fascinated by storytelling, place, and the intersection of narrative and data analysis and holds a bachelor’s degree in Geography and English and American Literatures from Middlebury College. When she is not tracking down a story or listening to podcasts, you can find her hiking Nevada’s gorgeous terrain, perusing local bookstores, playing Quidditch, and discovering Reno’s hidden stories.