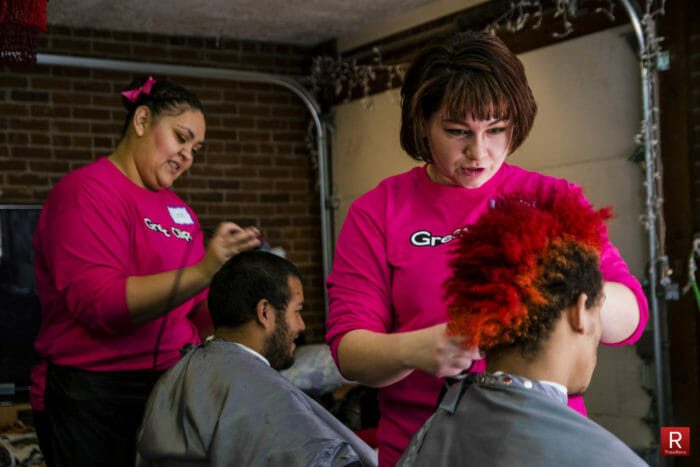 While January weather has been frigid at past events, the count this year had its best weather ever with blue skies and relatively warm weather.

The youth, after taking a brief survey with event volunteers, have an opportunity to participate in the events outreach programs.

Meredith Tanzer, an event organizer, showed me through the offerings. Hot meals are provided as well as shelf-stable foods for the youth to take with them.

A van from the Food Bank of Northern Nevada brought multiple tables worth of food as well, with much of it packed into ready-to-go bags.

Lexies Gift, which arrived with a box truck full of donations, was also handing out new sets of sheets and blankets. Lexies Gift Owner, Barbie Marcoe, said that this event allowed youth “couch surfing” to have their own possessions as opposed to relying on their host.

Great Clips had six volunteers on hand offering free haircuts to any of the interested youth, of which there seemed to be many.

Tanzer said that the main goal is still to create a shelter serving specifically homeless youth. While Reno does have homeless shelters, safety concerns of youth often keep them out of the shelters where they would be mixed with older adults.

The word youth in this article describes people between the ages of 18 to 24.