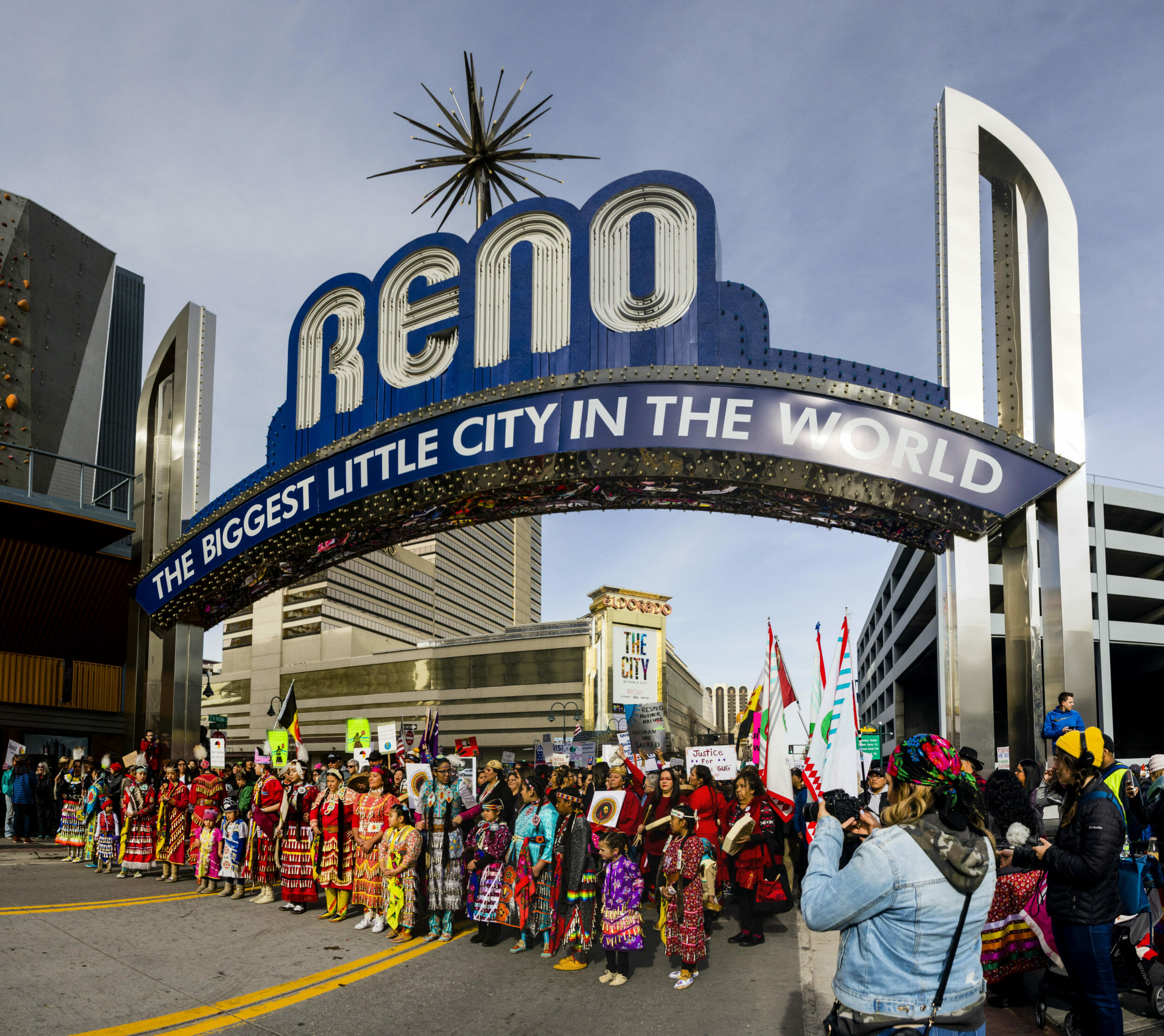 The third annual women’s march was held today in Reno. Hundreds of participants gathered behind the iconic Reno Arch on Virginia Street and marched to the Believe Sculpture at Reno City Plaza.

The march was led by indigenous women jingle dancers. The Women’s March Marshal, Mylan Hawkins, followed the dancers along with other VIP banner holders.

Janice Gardipe gave the ceremonial prayer to open the march. Verita Black Prothro was the master of ceremonies. Speaking on behalf of he LGBTQIA community was Ethan Clift.