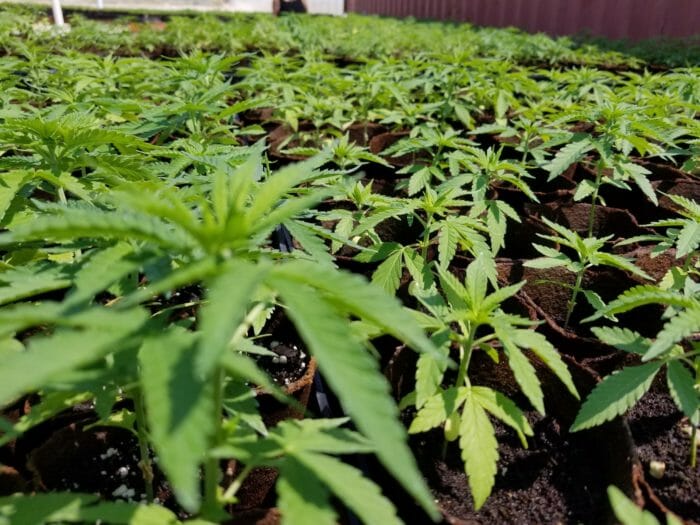 After decades of debate, industrial hemp is now officially legal thanks to President Trump’s signing of the 2018 Farm Bill on December 20.

“To make the changes to the new Farm Bill have any meaning, you have to understand the history before that,” said Nevada Department of Agriculture (NDA) industrial hemp program manager Ashley Jeppson.

Cannabis was first classified as a Schedule I federally controlled substance by Congress in 1970. It wasn’t until the passing of the 2014 Farm Bill that began allowing systems of higher education and state agriculture agencies to grow and conduct research on hemp without being penalized by the federal government. Growing hemp wasn’t legal in Nevada in 2014, but a year later the Nevada State Legislature passed SB 305 allowing limited hemp cultivation for research purposes.

Researchers began looking at hemp’s varietal production. They wanted to see what cannabis varieties do better in Nevada, specifically looking at what plants can handle our arid climate. They also looked into the best time to plant and harvest the plants.

Now, with the passing of the 2018 Farm Bill, Nevada growers have the green light to begin widespread hemp cultivation.

Hemp vs. Marijuana: What’s the Difference?

What is the real difference between hemp and marijuana? Simply put, hemp refers to cannabis plants bred to have very low levels of Tetrahydrocannabinol (THC), the chemical compound known for its psychoactive effects. In short, hemp doesn’t get you high.

In the United States, Cannabis plants must contain less than 0.3 percent of THC to be considered hemp. If the THC percentage is any higher than that, it is considered marijuana.

The Many Uses of Hemp, Including CBD Oil

Historically, hemp has had many uses. Hemp fibers are used to make fabrics, textiles, rope, and paper. The word ‘canvas’ is derived from colloquial Latin cannapaceus for “made of hemp,” originating from the Greek κάνναβις (cannabis).

Because CBD is not psychoactive, this quality makes it an appealing option for those who are looking for relief from pain or other symptoms without the mind-altering effects of marijuana or certain pharmaceutical drugs. The U.S. Food and Drug Administration has even approved a pharmaceutical-grade CBD drug to treat two rare and severe forms of epilepsy.

Nevada’s first industrial hemp growing season was in 2016 when there were only 13 certified growers. At the end of the 2018 growing season, there were 113 Nevada growers, and that number is on the rise. “It’s a crazy industry right now,” said Jeppson.

Before the passing of the 2018 Farm Bill, Nevada hemp farmers weren’t allowed to procure their own hemp seeds. They would need to notify the NDA with the type of seeds they were looking for, and the state agency would try to facilitate the procurement of those seeds. Those requests used to have to go through the Drug Enforcement Administration (DEA), which was challenging. Now, there’s an opportunity for more legal seed suppliers.

One of the most noteworthy changes from the 2018 Farm Bill is now Nevada hemp growers can transport their products across state lines.

“There’s going to be some procedures that have to be put in place to coordinate with law enforcement, so they know if they happen to stop a shipment, that it is clearly hemp and not marijuana,” Jepson said. “It’s going to take some time to address that issue.”

NDA’s seed specialist, Russell Wilhelm, who used to run the state’s hemp program is now working with growers to certify seeds and look at germination rates. The goal is to be able to confirm a plant’s variety, so you know you’re getting exactly what you pay for.

Even though the federal status has changed, hemp plants and products still need to be registered with the NDA. Currently, there is no current cap on how many growers can apply. Applications are available at agri.nv.gov.

How marijuana use has changed during COVID-19