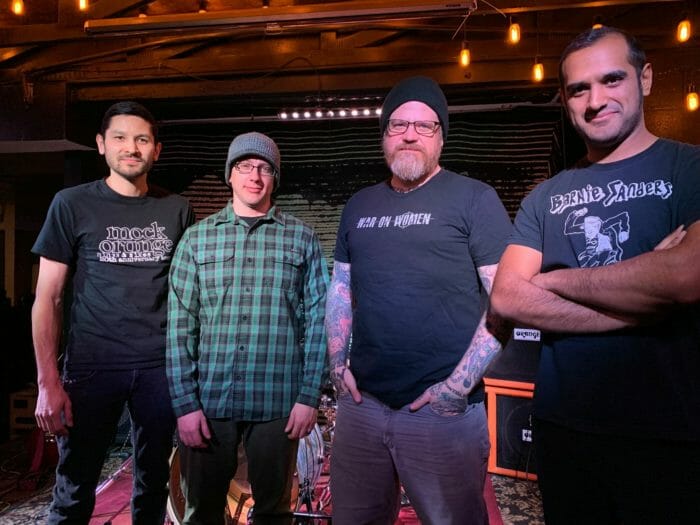 Local Band Alert: ThisisReno takes a closer look at local bands in this series of 5-minute interviews. This week we chat with The Scattering.

Jim– Our original bassist John Benson and I had been talking about starting a band for about a year. We finally decided to make it happen. I recruited Brian through a Facebook post, and John got Jason and Josh Ah Sam to join on guitar. After Josh and John left, we speed-dated a couple bassists until we landed Rash.
Jason – John and Jim were like, “let’s start a band.”
Jim– I feel like most of our fans are other musicians.

Jim– It’s loud, fast, and angry. It’s not punk or metal, but it’s both of those somehow.
Brian – Very energetic
Jason – Fast, loud, and displeased about many things. Rash – Fast and mean. And fast.