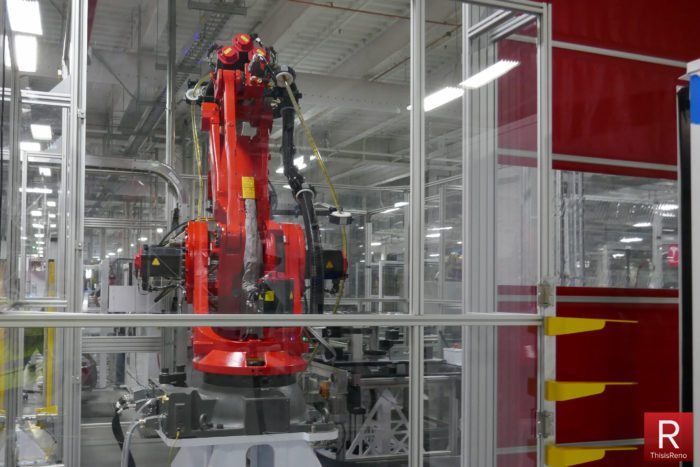 Automation and artificial intelligence pose a high risk to the jobs of more than a quarter of the workers in the Reno-Sparks area in the next decade, according to a new study from the Brookings Institution.

That translates into more than 60,000 jobs that could be disrupted by currently available technologies — not counting further disruption that might occur as AI and automation technologies advance further.

Dire as the statistics may sound, the percentage of jobs in the Reno area at high risk places the region about in the middle of the pack among 381 metro areas nationwide.

The Brookings Institute economists defined “high-risk” jobs as those in which at least 70 percent of the work could be automated.

Automation’s potential is highest in three industries — production, food service, and transportation — that are cornerstones of the northern Nevada economy, the study found.

Workers in the gaming and hospitality industries are especially vulnerable, researchers at the Institute for Spatial Economic Analysis at the University of Redlands in California have said.

While those researchers didn’t specifically look at the Reno-area economy, they estimated that 65 percent of the jobs in the Las Vegas area could be automated. That’s the highest percentage of any major metropolitan area in the United States, and researchers said Las Vegas is particularly vulnerable because its economy relies so heavily on the hospitality and gaming industries.

A hint at the future came in an announcement from Eldorado Resorts Inc. Tuesday that its Circus Circus casino in downtown Reno will be the first in the nation to replace all of its live table games with electronic games.