What unfolds in this podcast is the story of how many lives were irreversibly ruined because of grave errors made by numerous people — from cocky, maladjusted youth to the highest levels of the Reno Police Department and state government. It is a story that reverberates through the consciousness of the Northern Nevada community to this day.

Below is the fourth episode. Find the other episodes and more information here. 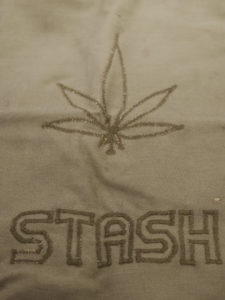 The bag used by the Reno Police Department to hold $16,000 in cash. The cocaine buy by undercover Reno Police Officer James Hoff ended with his death.

“We were there for protection.”

That’s the storyline John Steven Olausen told police after he was arrested for the 1979 murder of undercover Reno Police Officer James Hoff. He and two others were waiting by the Truckee River in Reno past midnight and, along with a fourth man, took part in Hoff’s killing as part of a drug deal gone bad.

This firsthand account of Hoff’s killing gives the perspective of one of the perpetrators of the crime both from ’79 — and today. Olausen claims he acted in self-defense.