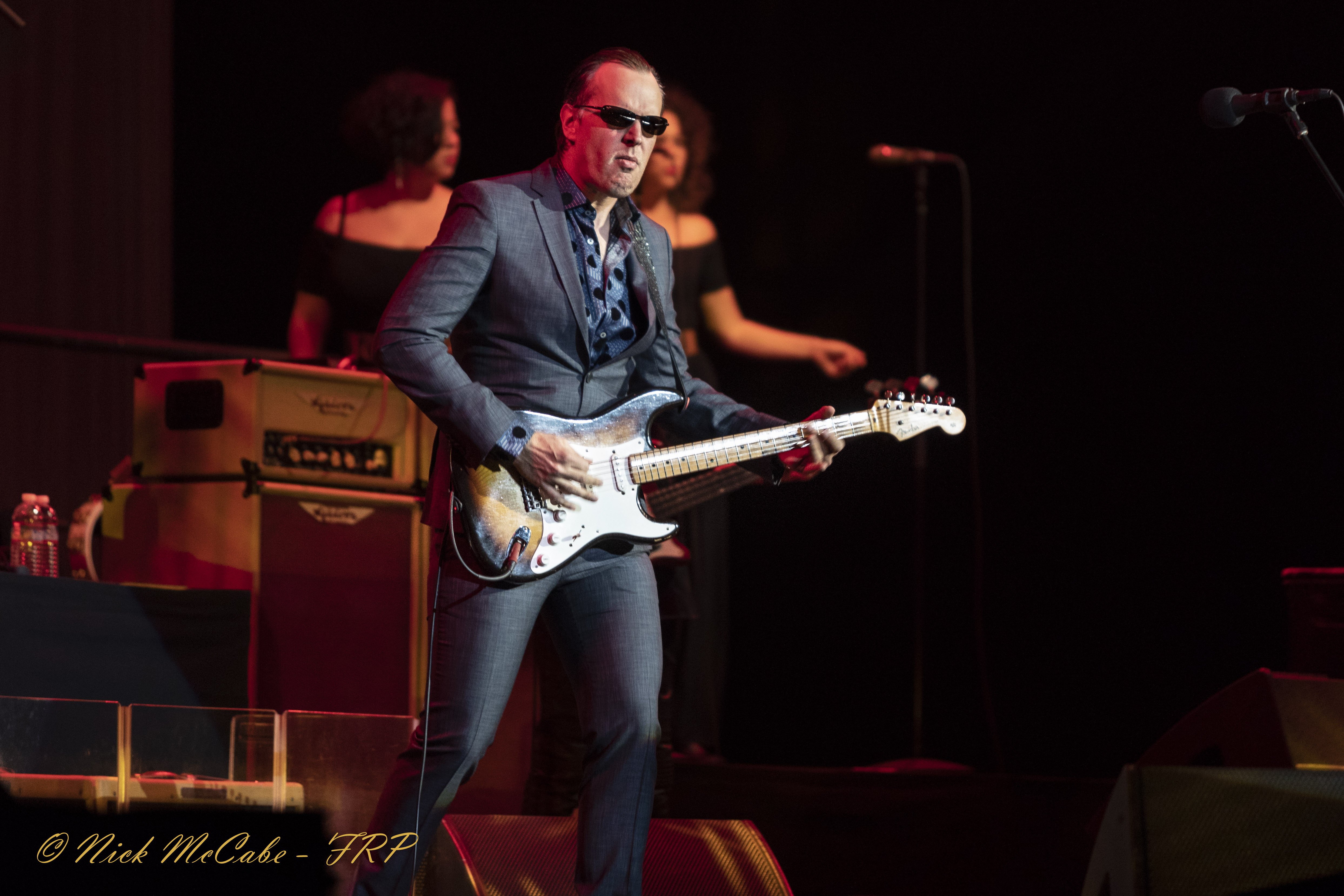 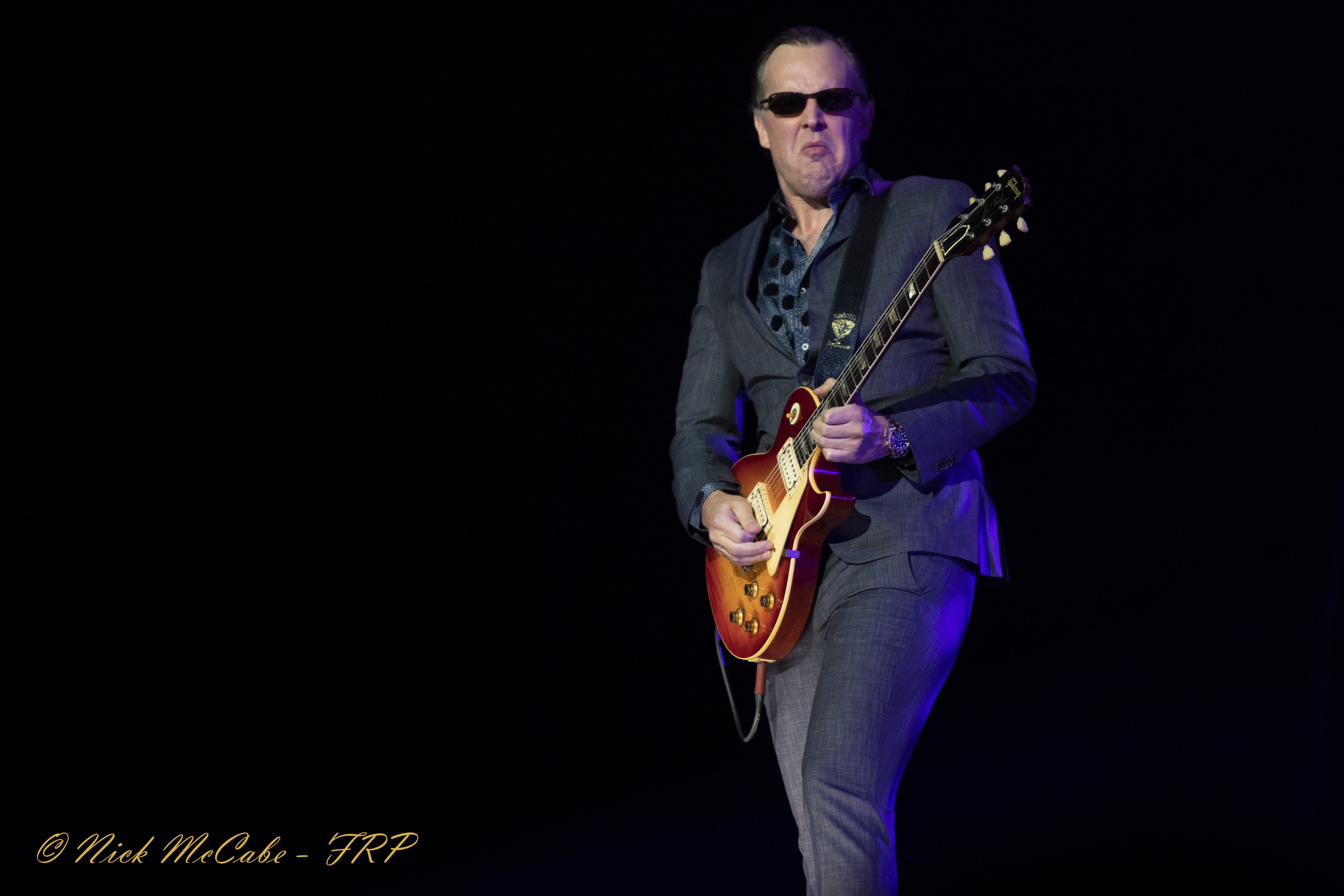 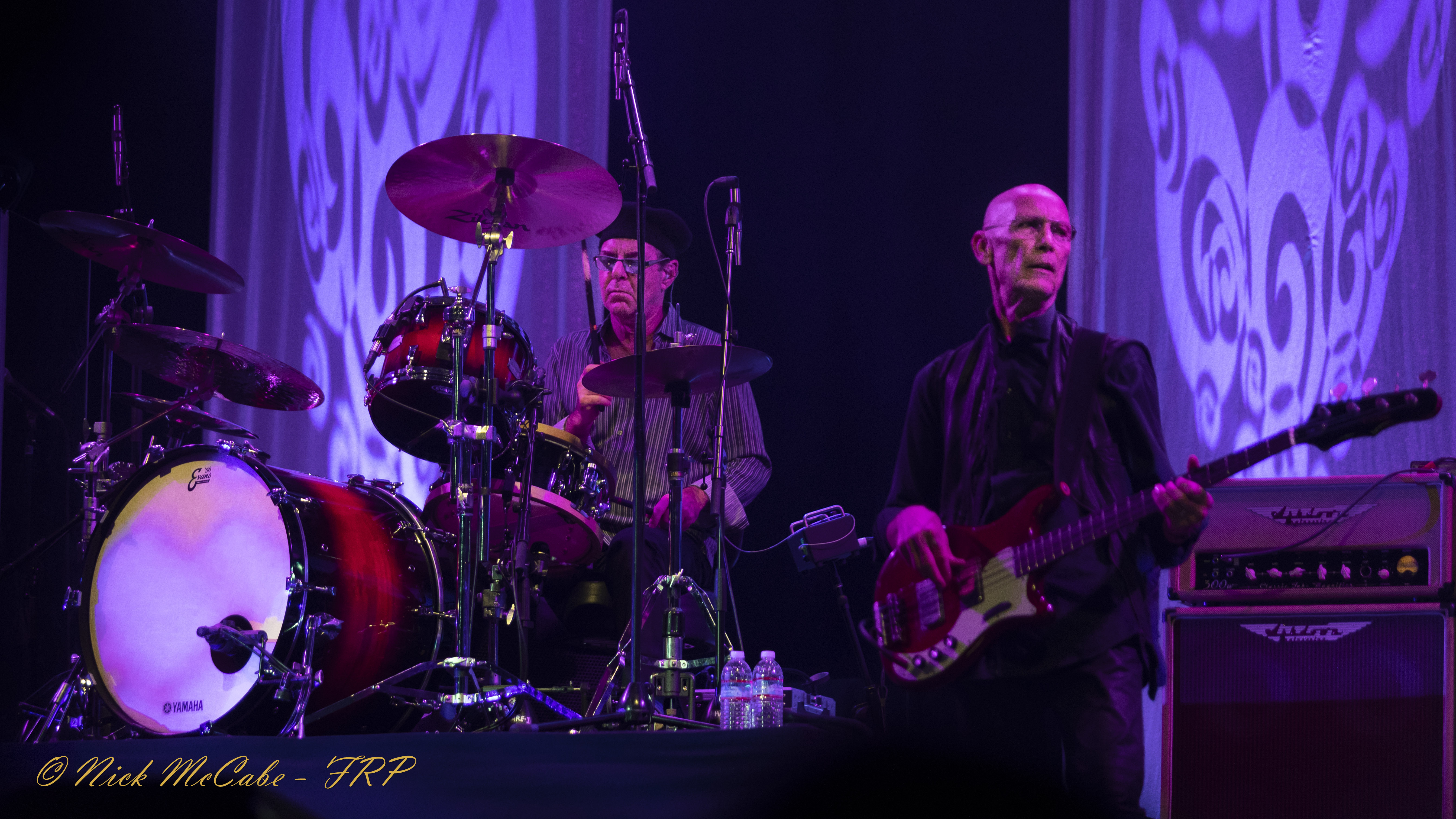 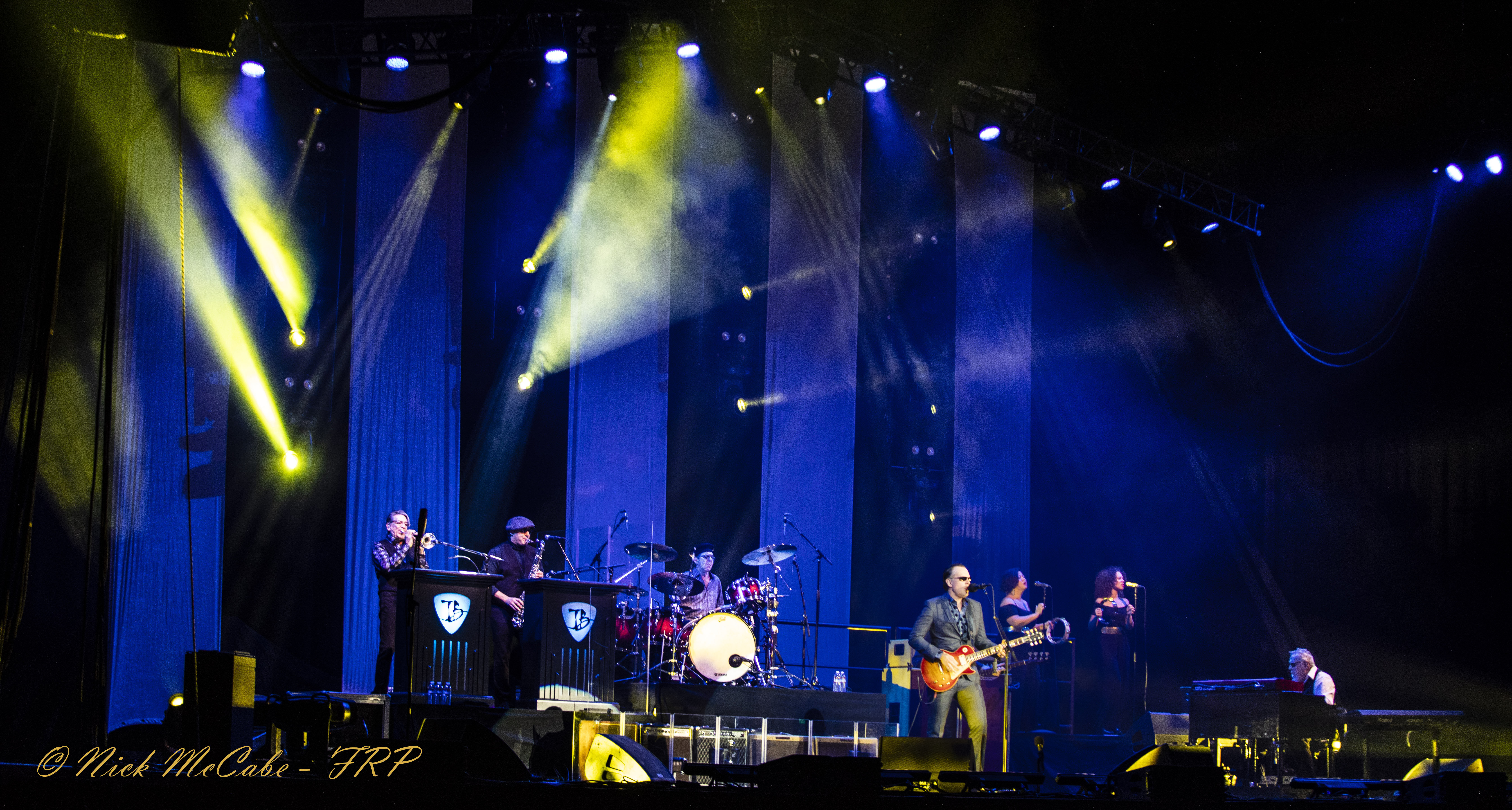 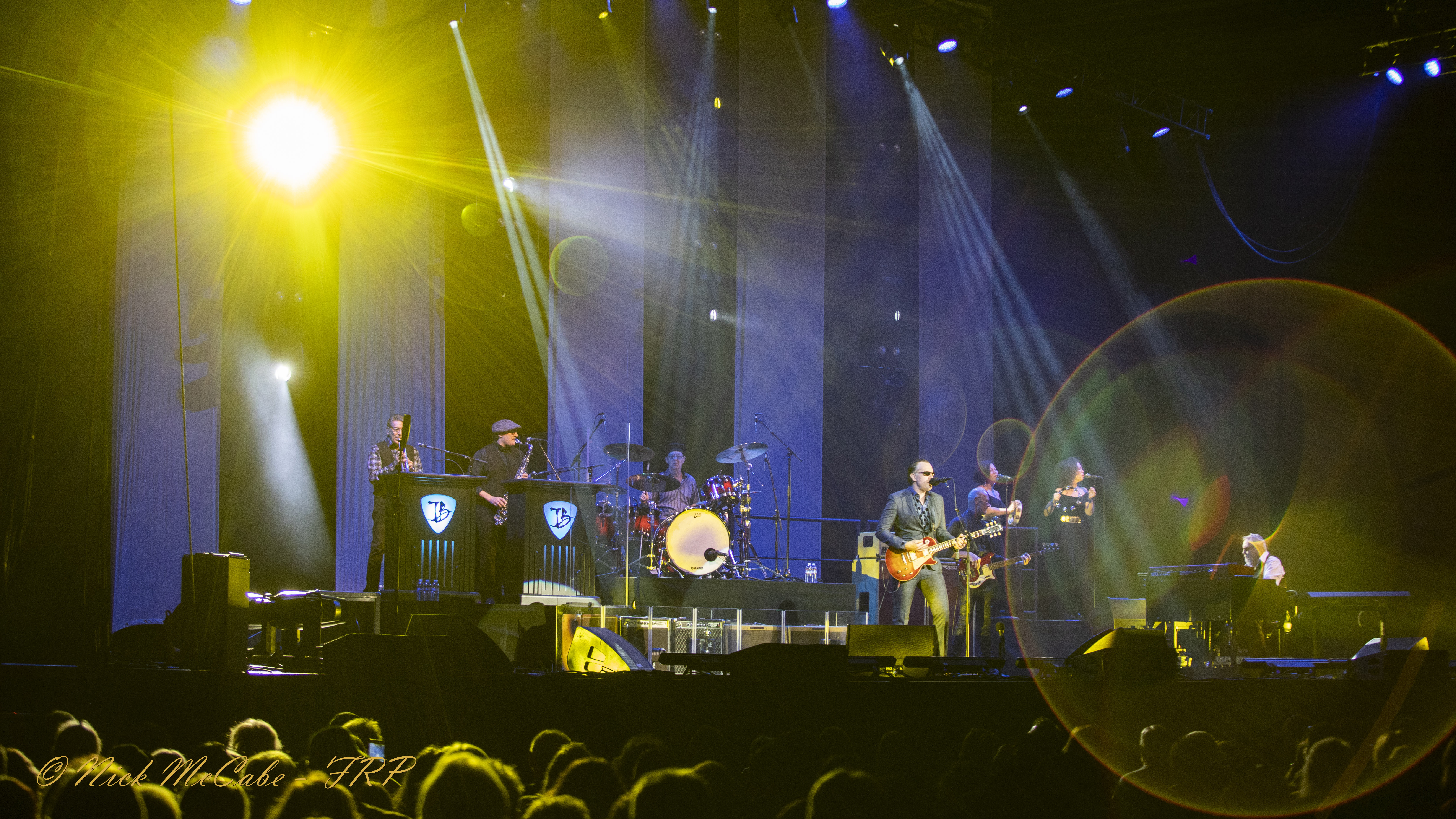 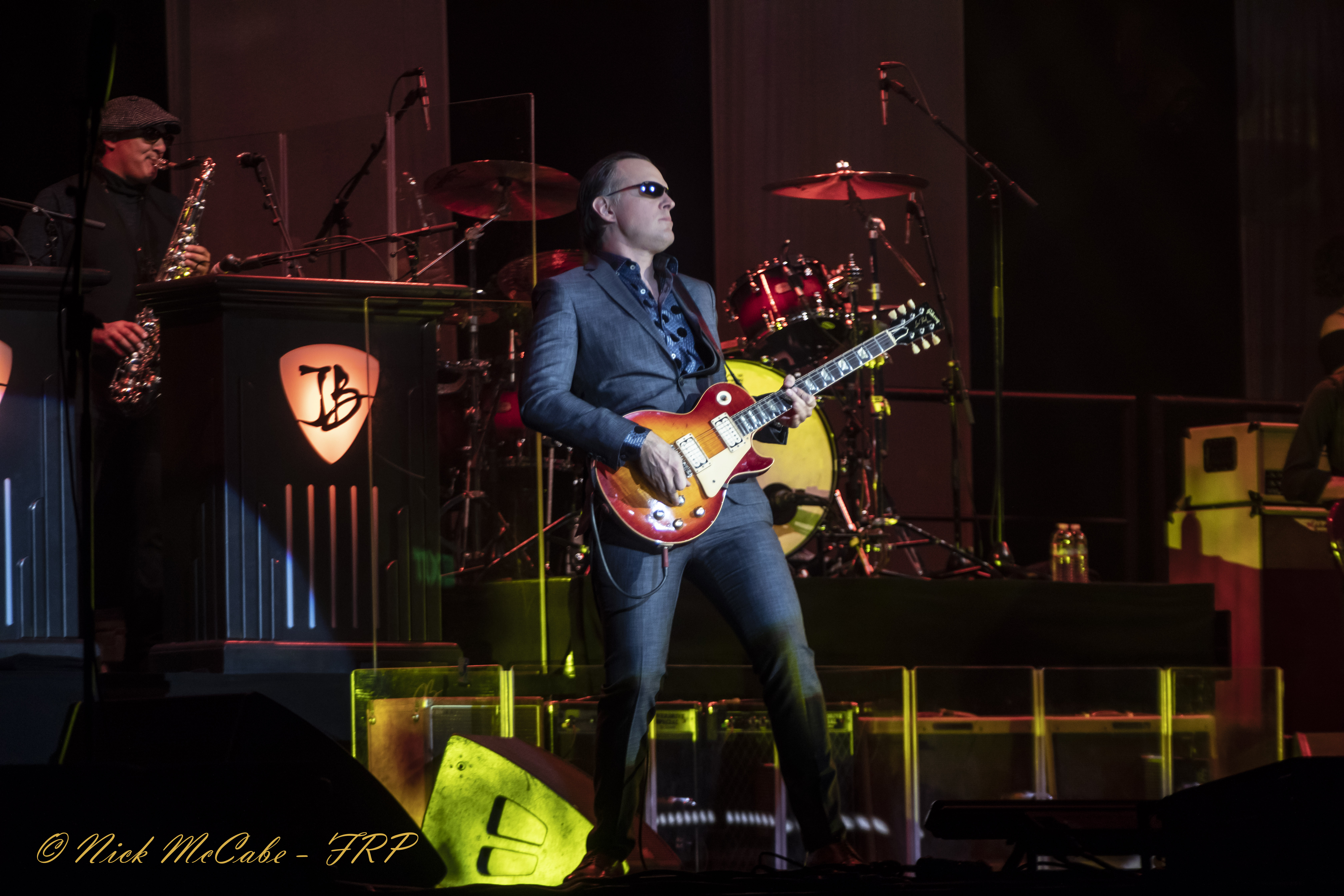 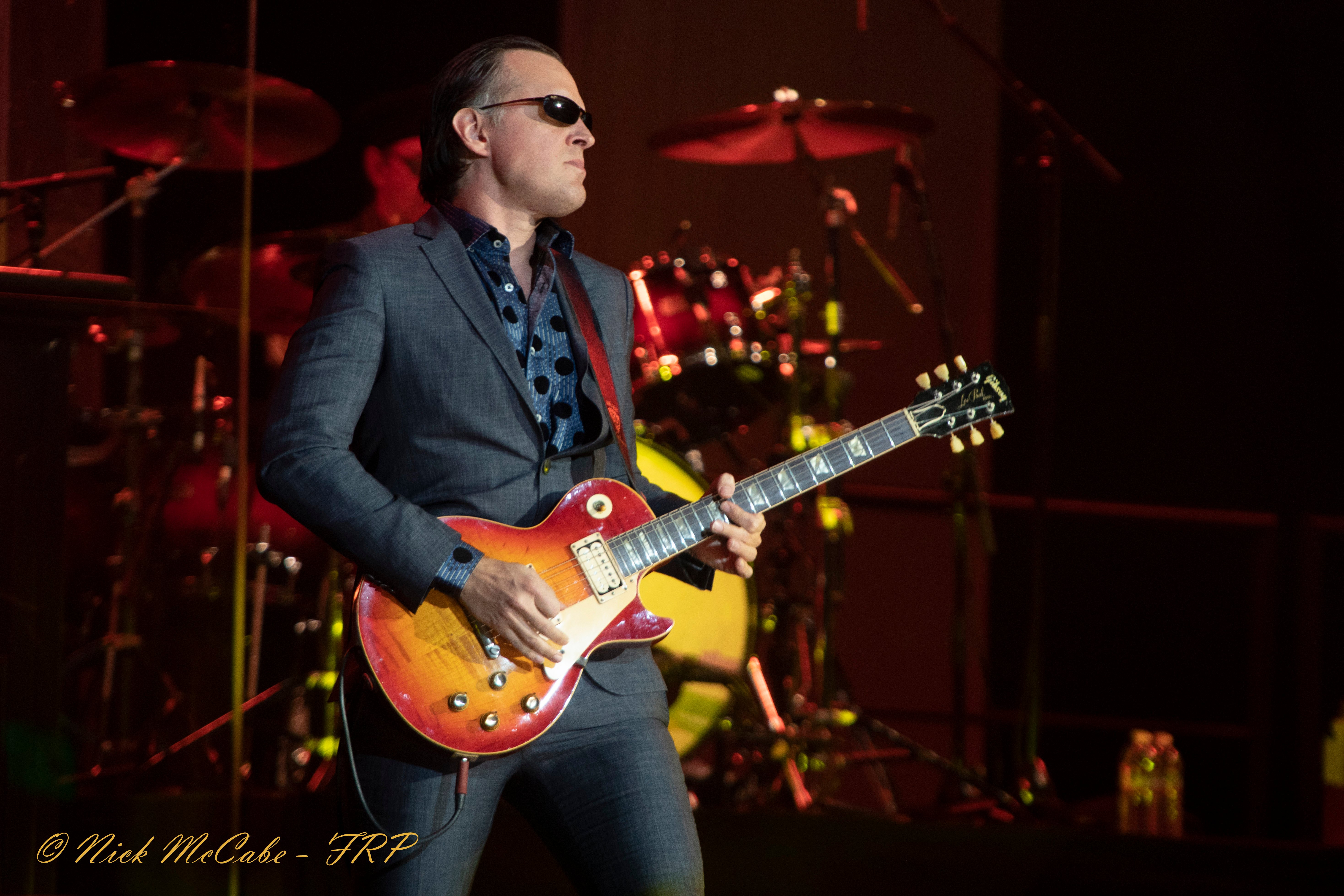 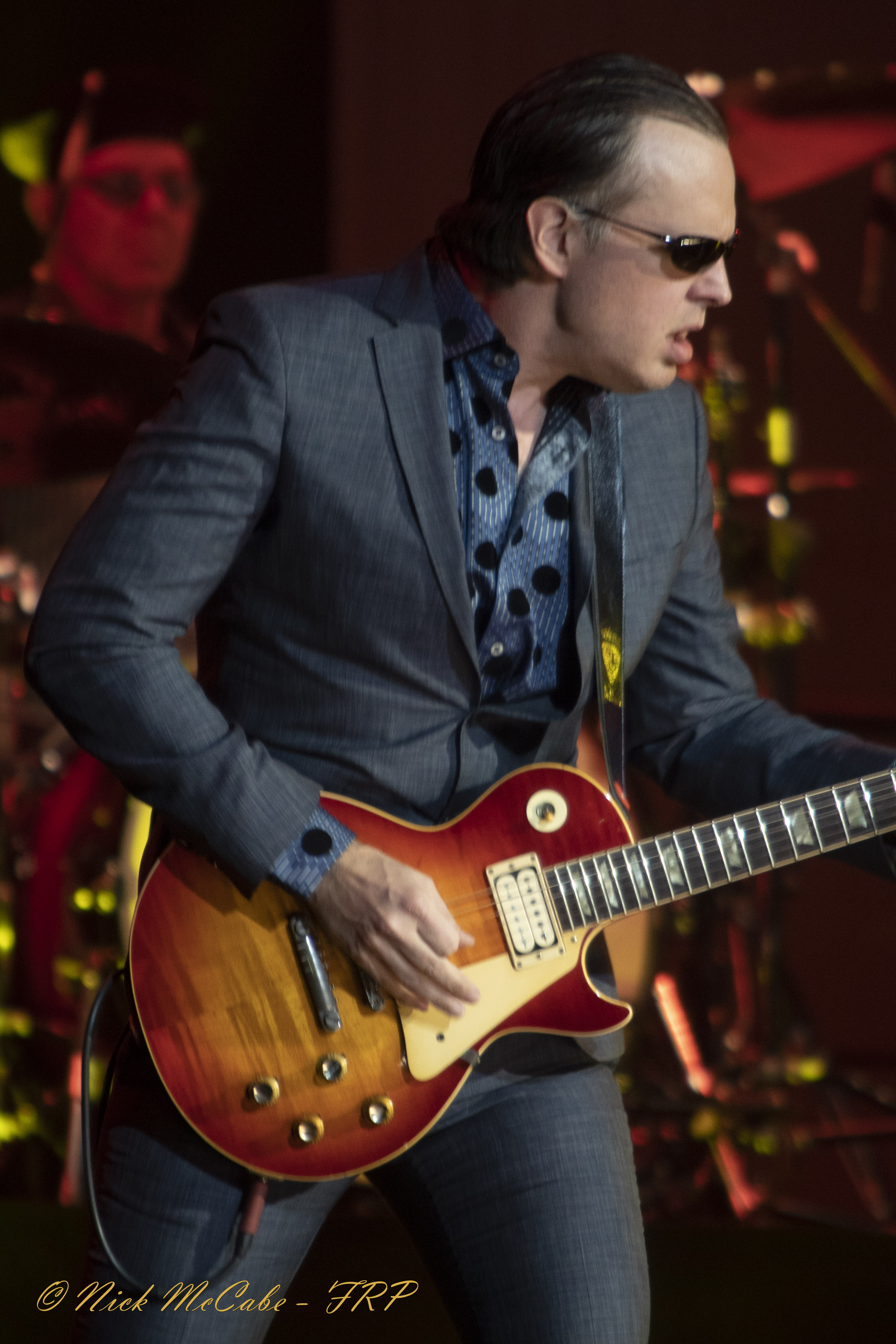 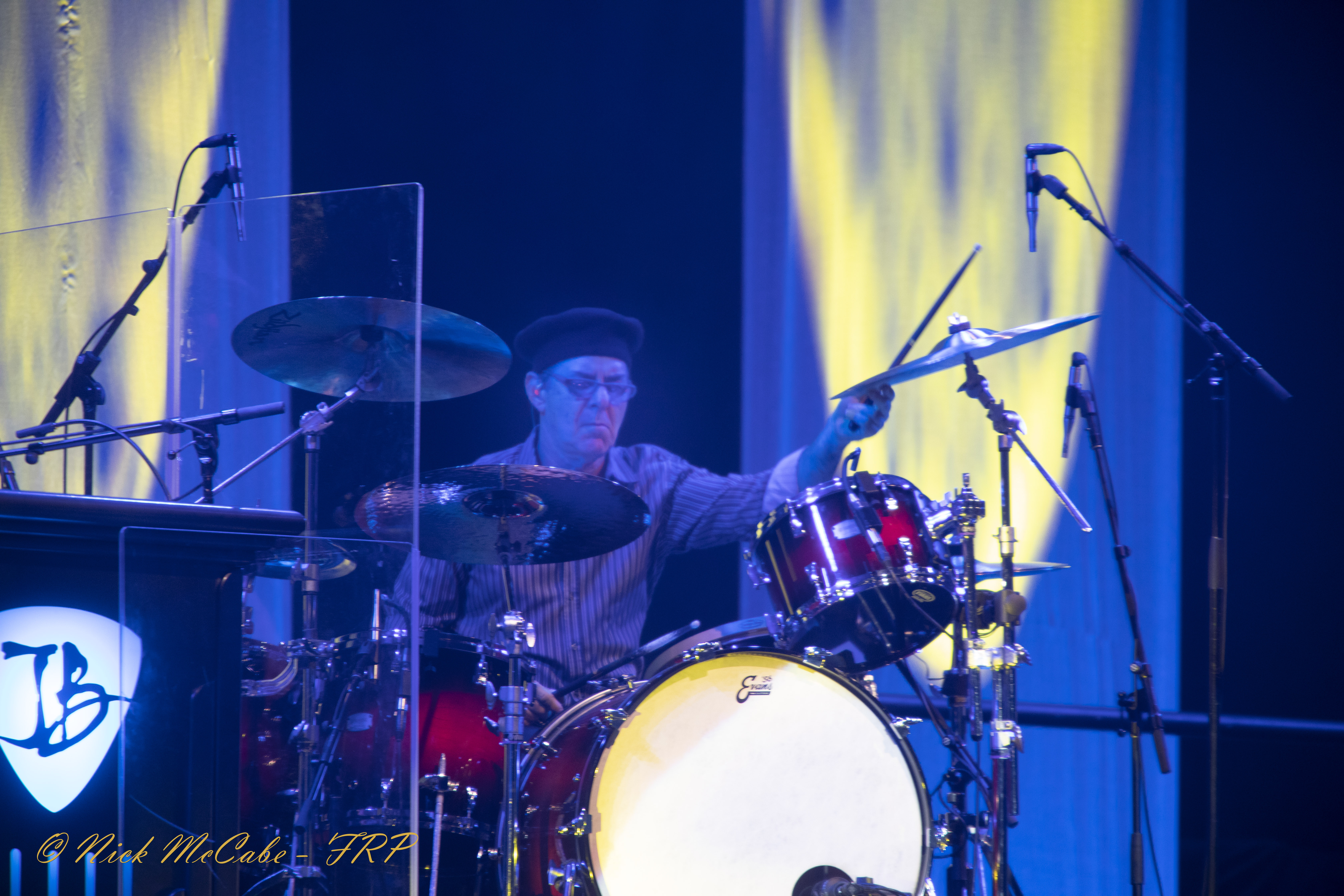 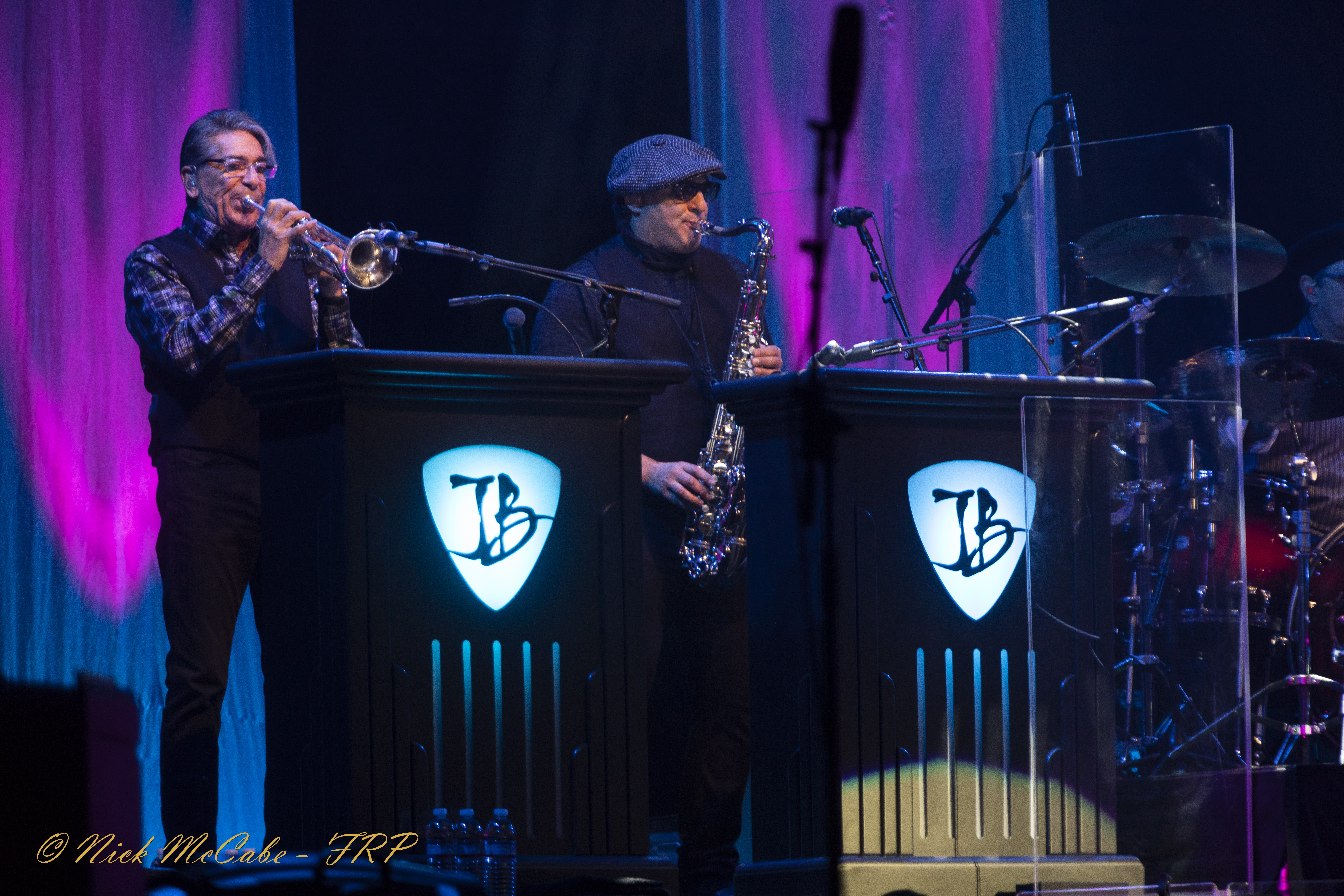 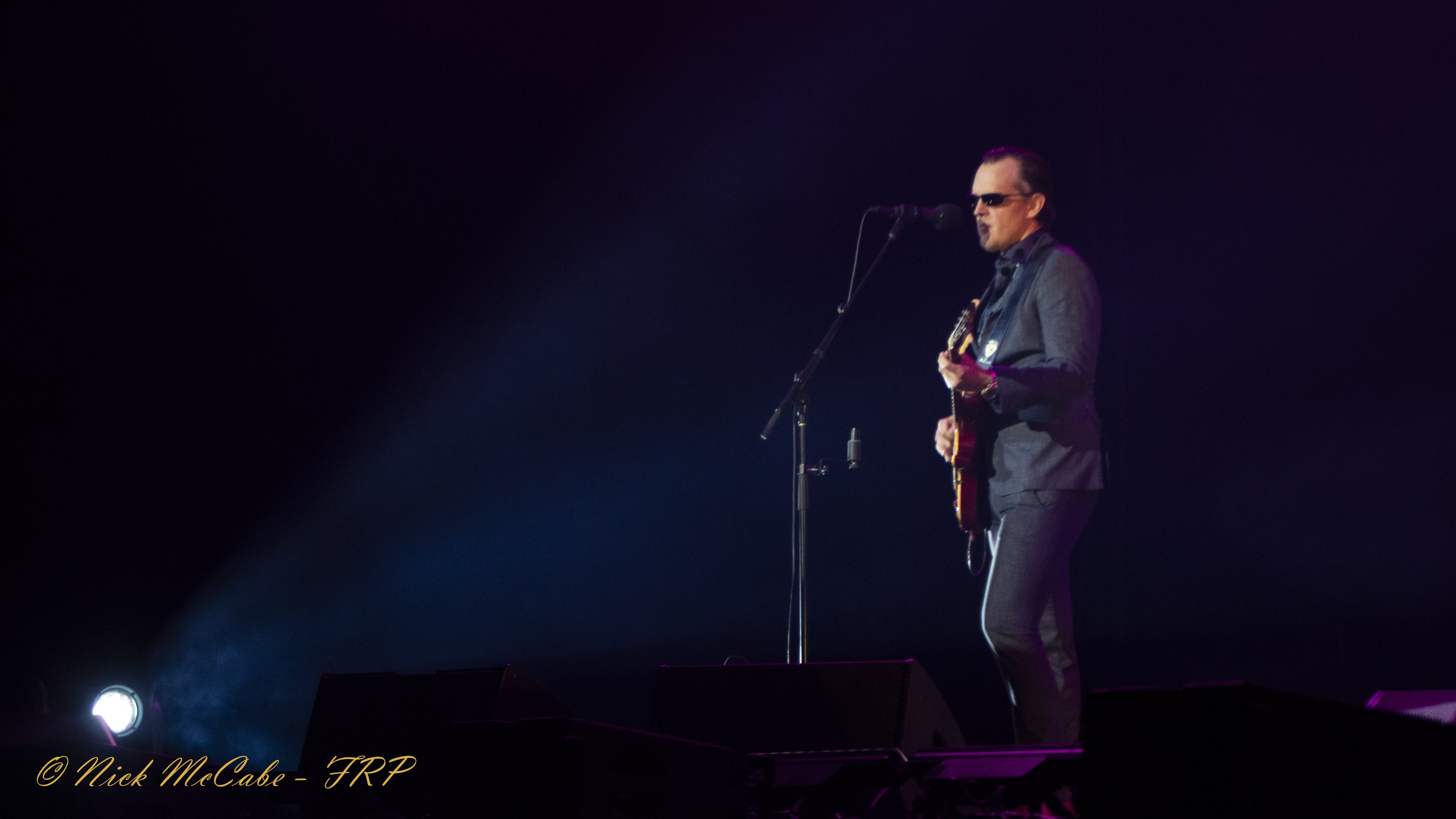 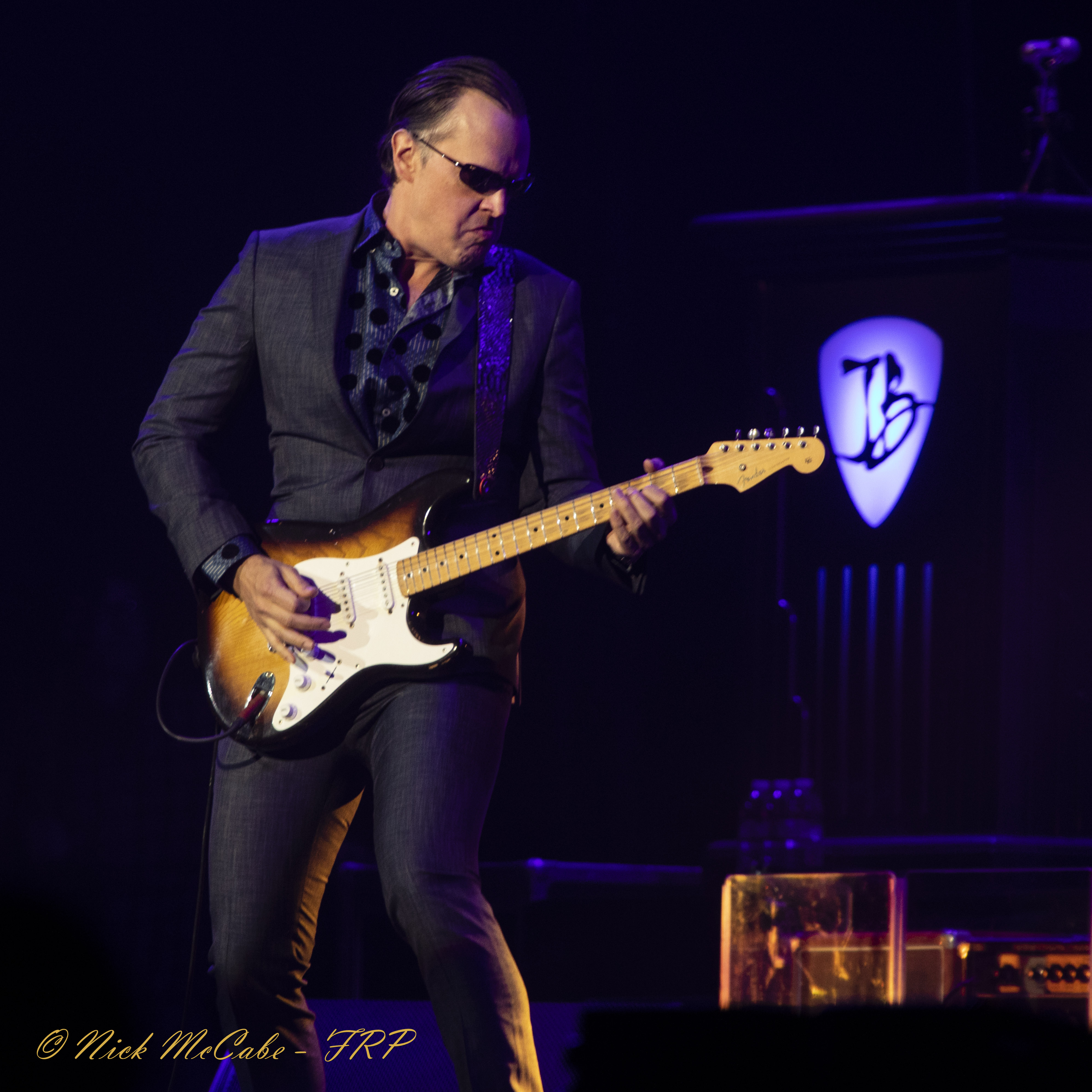 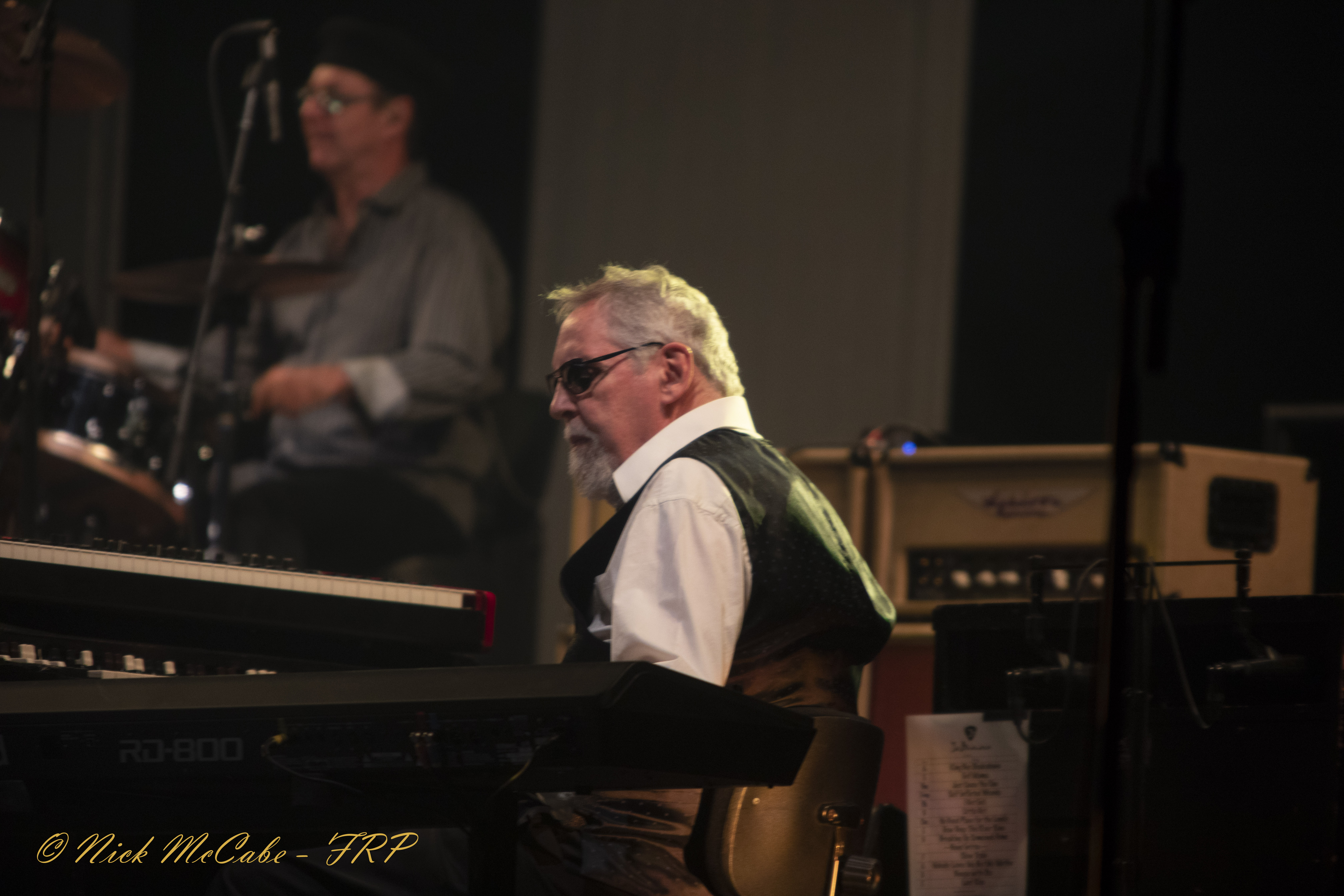 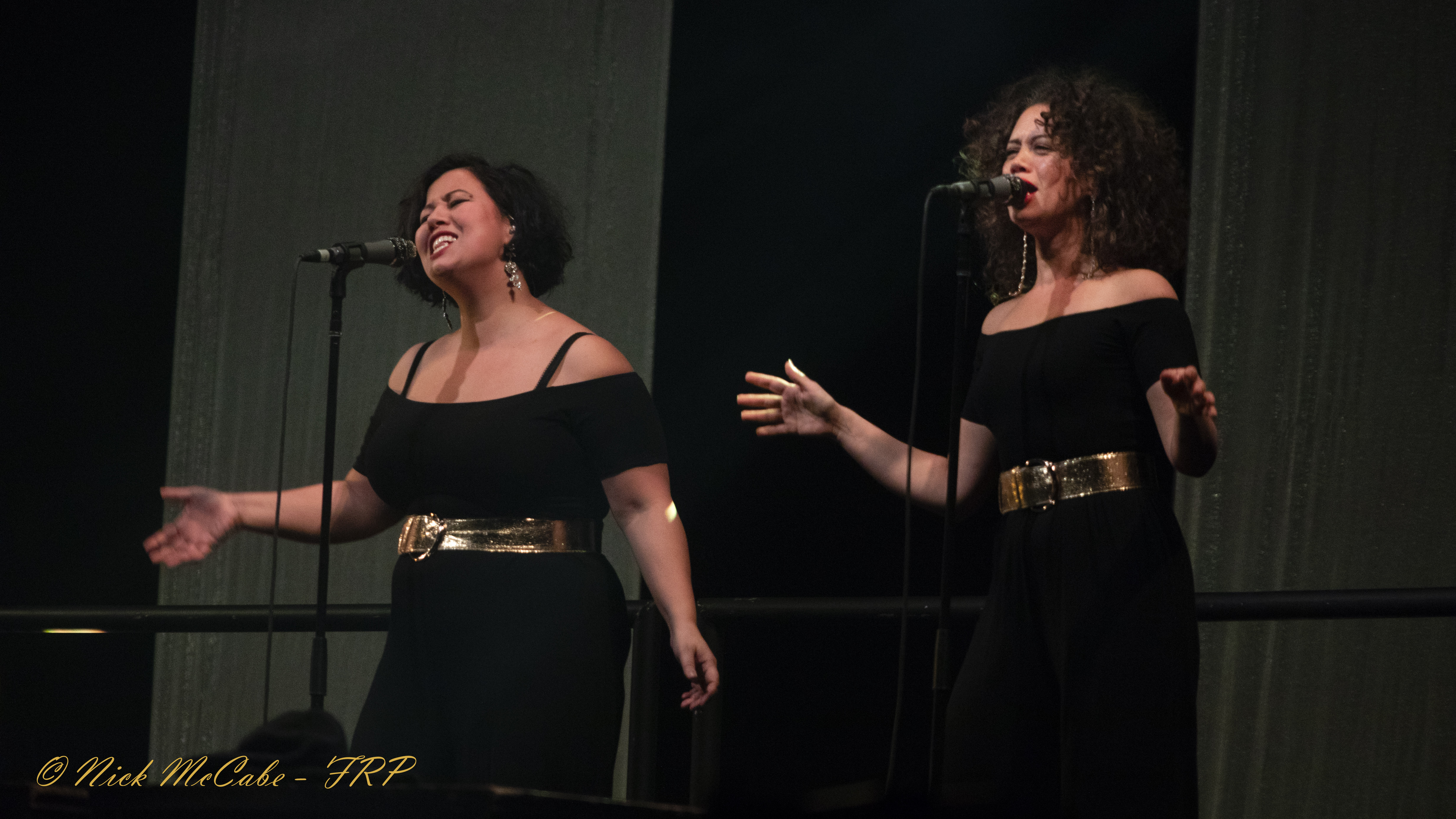 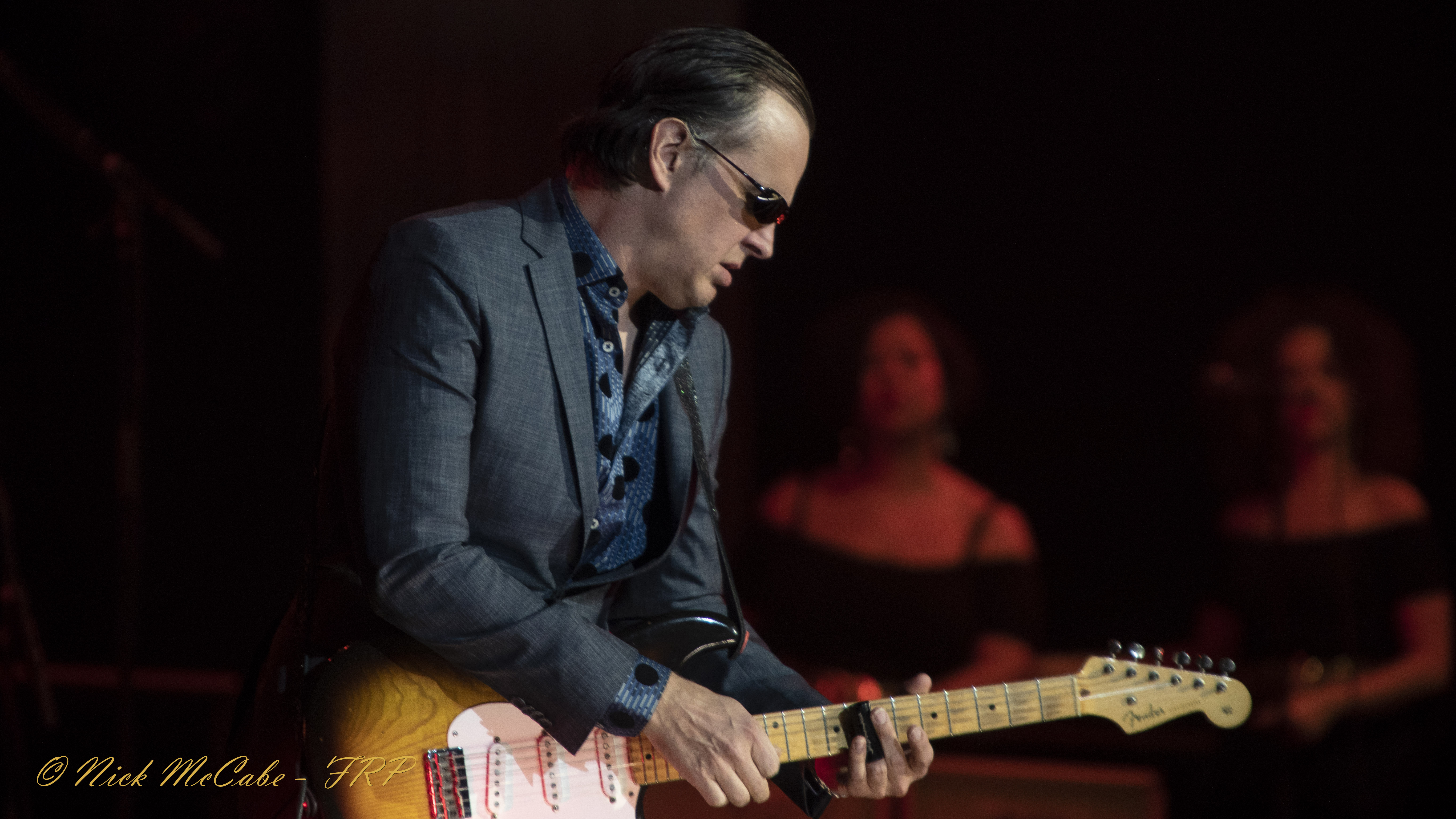 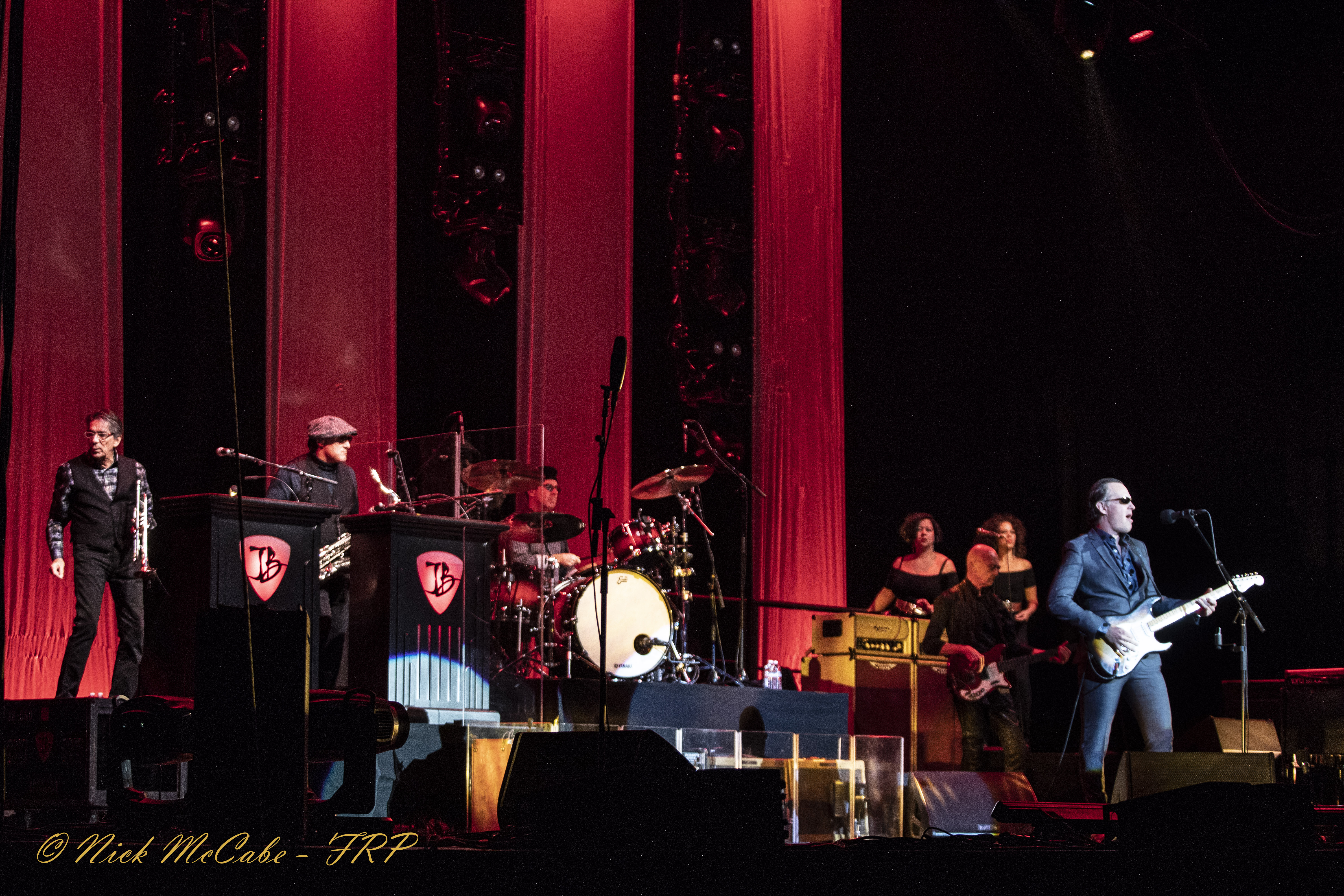 As almost everybody knows by now, Joe Bonamassa was a child guitar prodigy who started playing guitar at the age of four and opened for B.B. King close to 20 times when he was 12 years old. Not a bad start! Joe brought his legendary blues show to the Reno Events Center this past Saturday evening.

As it was the last time I saw Joe there, the room was cut in half. Of that, I would guess about three-quarters of the available seats were filled. His last gig I saw there in 2012 was painfully loud, so much so that I left early. This time I planned ahead and wore my earplugs, just in case.

The show kicked off with the pumped up King Bee Shakedown off of his newest album Redemption, just released this past September. This was followed by three more songs from Redemption – Evil Mama, Just ‘Cos You Can Don’t Mean You Should, and Self-Inflicted Wounds. 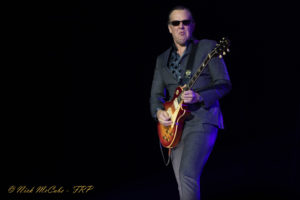 Joe is definitely a gifted guitar player, playing both sweet and somber blues runs, ripping off powerful and lightning fast licks all evening long and singing with a voice perfect for the blues. His band is absolutely fantastic and comes with endless credits too numerous to mention. For the core of his band, he has Reese Wynans on keyboards (Stevie Ray Vaughn, Buddy Guy), Anton Fig on drums (29 years on David Letterman, Bob Dylan, Eric Clapton), and Michael Rhodes on Bass (Mark Knopfler, Elton John, Taylor Swift). More band credits can be found below.

Even though everything was top notch and killing it with the audience, I was not getting the experience they were. I then remembered I had my earplugs in, so I cautiously pulled them out. That made all difference. Now I could feel it. The room was jumpin’ and the temperature was rising. When this group of musicians hit their stride in songs like How Deep This River Runs and Breaking Up Someone’s Home it was amazing. The power and drive were unstoppable.

Midway through the show, Joe connected quite well with the crowd when he told stories and introduced the band. The sound seemed to have been brought under control too since the 2012 show. It sounded great, and quite comfortable without the ear protection. Protection can have its drawbacks. I think the experience of a live concert can be dampened by wearing earplugs, just like sex can be dampened by wearing … earplugs. Am I right?