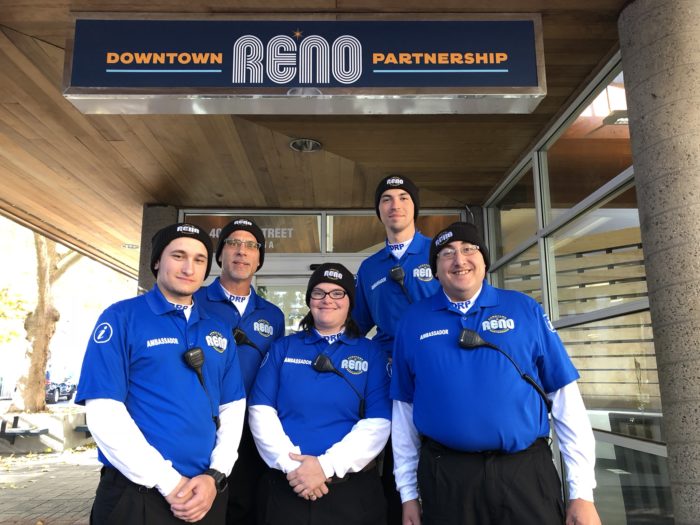 The ambassadors were hired through StreetPlus, a company that supplies cleaning, safety and hospitality services to downtowns and improvement districts around the country.

“StreetPlus has helped us assemble a really stellar team of individuals who will interface with locals, visitors, businesses and the transient population in downtown Reno,” said Alex Stettinski, Downtown Reno Partnership executive director. “Our ambassadors have been training for the last several weeks and will be in uniform on the streets starting Veterans Day.”

The ambassadors are charged with improving, promoting and enhancing downtown. Their duties will include litter control, weed abatement, graffiti removal, patrols, safety escorts, homeless outreach, and providing hospitality services for all visitors and downtown residents.