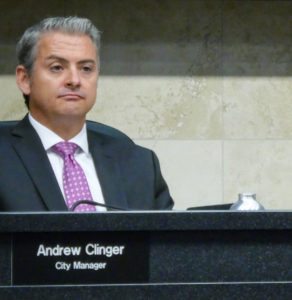 The Reno City Attorney’s Office last week filed a 34-page motion for summary judgment (read it below) in the contentious lawsuit levied against the city by former administrators who are alleging a hostile work environment and sexual harassment.

The suit came in the wake of former City Manager Andrew Clinger’s separation from the city after allegations surfaced that Clinger had allegedly created a “sexualized environment” at City Hall, according to the plaintiffs.

The motion by the city is a massive filing of documents that include personnel files, text messages, secretly recorded conversations and depositions of a number of city employees, former employees and council members.

The plaintiffs, former city administrators Maureen McKissick and Deanna Gescheider, “have not produced any specific evidence that City officials orchestrated a campaign to ostracize complainants, or that they fostered an atmosphere of antagonism and hostility such that McKissick and Gescheider would feel compelled to resign,” wrote Assistant City Attorney Jonathan Shipman. “Moreover, because McKissick and Gescheider have failed to demonstrate the severe or pervasive harassment necessary to support a hostile work environment claim, their retaliatory constructive discharge claim does not meet the higher standard of conditions so intolerable that a reasonable person would leave the job.”

The plaintiffs’ attorney, Mark Mausert, said they intend to file their own motion.

“We’ll be filing our own motion for summary judgment because our evidence justifies it,” he said. 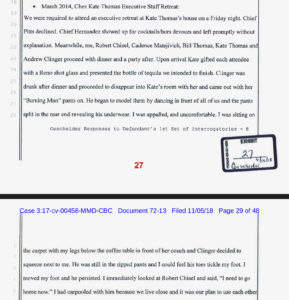 BURNING MAN PANTS: Gescheider documented what she said happened at a staff retreat.

What is clear from the hundreds of pages of documents is that the City Manager’s Office, toward the end of Clinger’s tenure as manager, had devolved into conversations being secretly recorded, administrators refusing to talk to one another, and information being leaked to the news media after complainants did not believe the city was handling the matter properly.

City council members were roped into the situation and provided suggestions and guidance but ultimately had to deal with the fallout, including Clinger’s separation from the city and changing its human resources policies.

Much of this has been documented already.

The suit is aimed primarily at actions by Clinger, who made a sudden change in roles in the City Manager’s Office that ultimately was followed by a rift among senior administrators. One statement, from former employee Brianna Wolf, alleged that “Andrew seems to create conflicts and does nothing to stop it. He is ‘ineffective in resolving conflict (among) the executive staff.’” 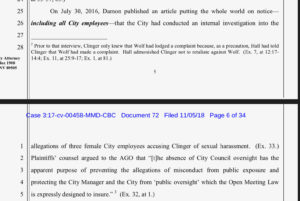 LEAKS: Giving information to the RGJ put the “whole world on notice — including all City employees — that the City had conducted an internal investigation into the allegations…” according to Assistant City Attorney Jonathan Shipman. Click to enlarge.

Shipman admitted that there were problems, but he denied that they rise to the level of a hostile work environment.

“The reorganization greatly exacerbated the tension between Thomas and McKissick,” he wrote. “Believing that McKissick manipulated Clinger, Thomas refused to talk to McKissick for a period of time and generally avoided interacting with McKissick. Clinger attempted to calm the waters, but hurt feelings remained.”

An early complainant, Brianna Wolf, McKissick’s assistant, said that Clinger and Thomas “created a hostile work environment (in which I) witnessed inappropriate physical contact of a sexual nature between (them)… Knowing this about them put me in an uncomfortable situation and made me feel uneasy about them.”

In a deposition, however, Wolf admitted she didn’t actually witness the encounter but rather overheard it. Both Thomas and Clinger have denied being romantically involved, but documents show that they were close and some believed that they were having an affair.

Similar Complaints on Both Sides

Thomas, for her part, resigned, but she called it a “constructive discharge.” She too had similar complaints about how the situation was unraveling.

“It is unfortunate that my resignation is under circumstances which constitute a constructive discharge. In the wake of the events that unfolded after June 22, 2016, and in particular, the increasing hostility that I experience after March 2016, the City has become an unsafe work environment for me. Most telling, the City continues to refuse to properly investigate the workplace complaints which members of the City Council encouraged staff to report. My complaints of misconduct, cronyism, hostility, and retaliation were not addressed…. I feel I have no choice except to resign.” 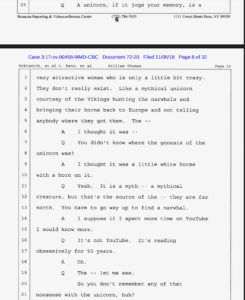 Gescheider had similar complaints, but they were directed toward City Attorney Karl Hall.

“The lack of support from on high has been particularly disturbing. The City Attorney trivialized the sexual harassment that I have been subject to. He characterized the complaints … as a witch hunt by disgruntled employees. Mr. Hall went so far as to trivialize the very offensive rubbing of my thigh.

“Afterward, he attempted to use the investigation process against me. Both investigations avoided the bulk of the complaints. I followed the process as directed, and have been vilified and verbally attacked as a result.”

“It is unfortunate that my resignation is under circumstances which constitute a constructive discharge. In the wake of the events that unfolded after June 22, 2016, and in particular, the increasing hostility that I experienced after March 2016, the City has become an unsafe work environment for me. Most telling, the City continues to refuse to properly investigate the workplace complaints which members of the City Council encouraged staff to report. My complaints of misconduct, cronyism, hostility, and retaliation were not addressed…”

In a later federal filing, McKissick added that her civil rights were violated by these actions; in particular, Clinger and Thomas’ relationship, she said, incited a “hostile work environment by instructing co-workers to ignore me. This made me feel isolated and frozen out amongst my co-workers.” 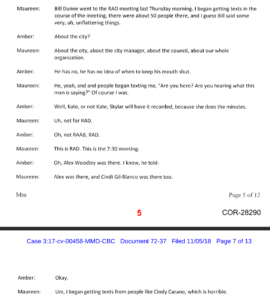 McKissick said that Bill Dunne’s public comments prompted a text message to her from Cindy Carano. Click to read.

Former city revitalization manager Bill Dunne was noted as having a role in the complaints. He allegedly made unflattering comments about the city and its leaders in a public meeting and, according to Gescheider, threatened her about making complaints.

In the end, most of the major players are no longer with the city. Thomas is now assistant manager of Washoe County, Clinger was given an advisor position at Governor Brian Sandoval’s office, and the three original complainants each left the city.

The city’s filing for summary judgment is only the start of the process. A judge will make a decision at a later date, probably into 2019, according to city spokesperson Jon Humbert.