PODCAST: They Called Him Jimmy (A Fresh Look at the Killing of RPD Officer James Hoff) 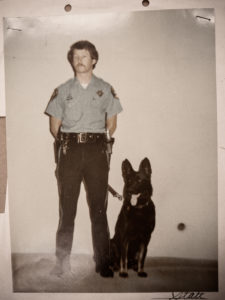 James Hoff as a canine officer.

Reno Police Officer James Hoff died in the line of duty. It was an undercover drug deal that went fatally wrong. But his legacy continues to be honored through today.

Jimmy’s murder continues to draw raw emotion. Though not even alive when Hoff’s death occurred, the officer’s legacy as a fallen officer resonates through today to the men and women of the Reno Police Department.

The James D. Hoff Peace Officers Memorial honors the risks law enforcement make each and every day. While law enforcement’s role in recent years has come under increasing scrutiny, the life-and-death scenarios faced by police remain.

The role police had in Hoff’s killing, however, remains unsettled.

PODCAST: The Killing of a Cop, Episode 3

PODCAST: A fresh look at the James Hoff killing in...