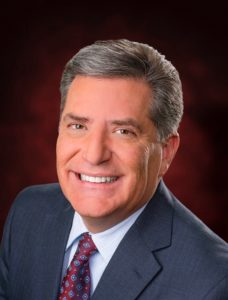 Mayor Hillary Schieve and the Reno City Council have done a tremendous job on many fronts for the citizens of Reno.

According to the most recent Comprehensive Annual Financial Report (CAFR), city debt has been reduced from $648 million to $486 million. Added to our debt is OPEB, pension/welfare liability you will find additional reductions. All totaling over $220 million.

Reno has been in national publications for being proactive and aggressive in dealing with this problem facing many cities in our nation.

Economic growth is leading the nation with a number 6 ranking in a recent national business publication. While Nevada is experiencing rapid growth from the Great Recession, Reno is leading the state.

Dennis Donovan of Wadley/Donavan and Gutshaw Consulting talked about the progress made compared to 4 years ago. Area Development magazine stated “Reno’s economy is among the strongest in the country, ranking 4th in a wide range of analysis.” Using January 2007 as a growth baseline of 100, Reno is 118.8, Washoe County 114.9, and Nevada 115.1.

Mayor Schieve has been interviewed on “CBS This Morning” where she talked about the economic recovery. Yes, we have issues with growth, and with any growth comes pain.  Our economy is more diversified than ever before, and companies are relocating here for many reasons: schools, quality of life, recreational activity, 300 days of sunshine, and so much more.

Other accomplishments include: Kings Inn finally open as new housing development, new Virginia Street bridge that proved itself in the 2015 flooding, Sage Street units no more than $390 per month, ALL fire stations now open, increased staffing in patrol officers, additional firefighters and updated master plan with input from the citizens of Reno.

Greater Nevada fields are used over 200 days a year.  Councilmembers in 2013, Schieve and Jenny Brekhus voted NO on the subsidies. Since becoming mayor, they are current on payments due to Reno and Washoe County.  We now have Reno Aces, Reno1868FC, Fright House, ice rink, NitroNight, MMA boxing and more to be announced. The impact on downtown has been tremendous, just ask the hotel across the street from the stadium.

In closing we are not out of the woods.  We have work to do. Homelessness, competitive wages, affordable housing, downtown cleanup and increased protection for the citizens are still needed. Please re-elect Mayor Schieve to finish what she started and finish this amazing recovery.

Poll: Mayoral candidates Schieve and Brekhus tied, most are undecided

Organizations show up in support as bus strike enters eighth...