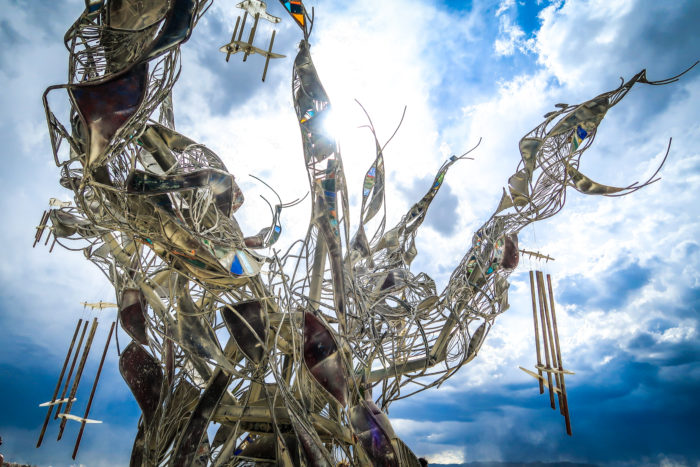 New art pieces will be added to the Playa Art Project including “Tonglen” a towering head sculpture by Ryan Mathern;  and “Methuselah,” a scale model of the oldest Bristlecone Pine tree by Misha Niman and Gray Davidson with Majorelle Arts.

The free public art project, on Virginia Street near Fifth Street, features interactive sculptures that appeared on the playa at Burning Man. This marks the project’s third consecutive year on a site formerly occupied by two condemned motels.

“Artech is excited to collaborate with Reno’s Art and Culture Commission and Burning Man for another year,” said Maria Partridge, Burning Man’s Playa Art project manager. In addition to these new art pieces, a mural by Joe C. Rock serves as a picturesque backdrop for the park.

The new art installations will be officially unveiled on Saturday, October 20th from 5 p.m. to 10 p.m. The event includes fire performances from Controlled Burn, food trucks and beverage stations, and music by local art cars. 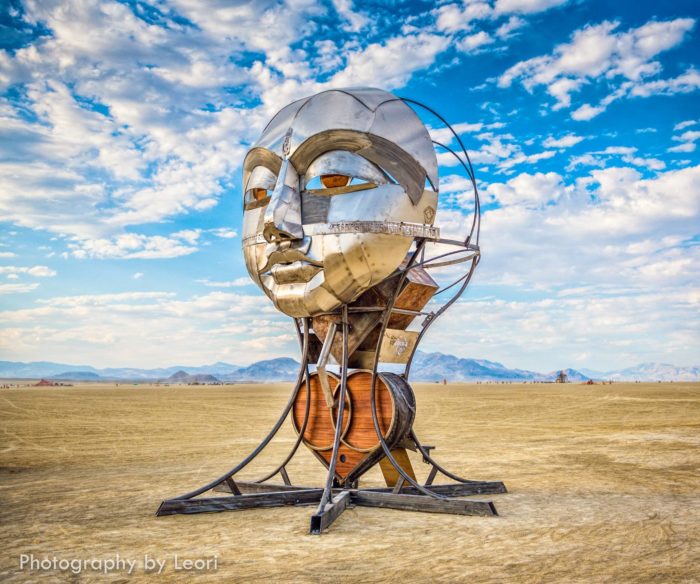 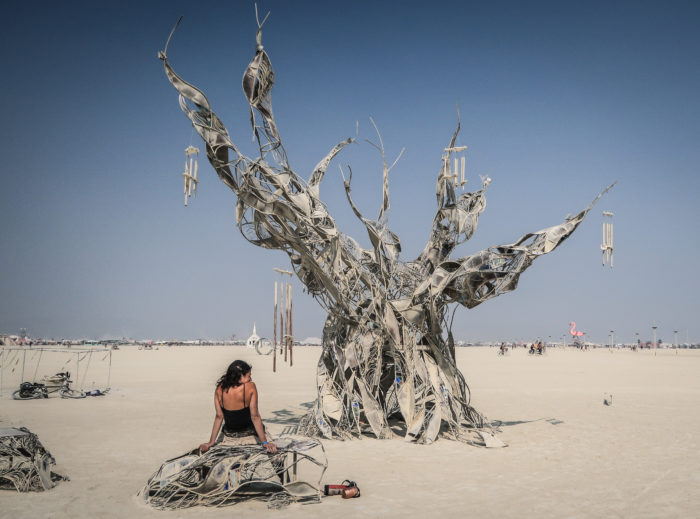 Deadline extended for The Art of Innovation community campaign (sponsored)