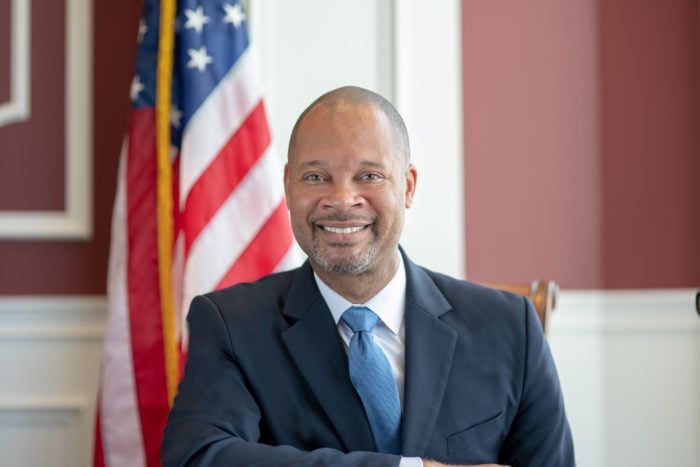 Early voting is upon us, and voters are casting their ballots to choose who will represent us in Washington, DC and Carson City. I am one of those candidates. My name is Aaron Ford, and I’d like you to hear directly from me why I am running for Nevada Attorney General.

Growing up, my parents worked hard, but they never seemed to get ahead. It wasn’t unusual to turn a faucet or flip the light switch, only to discover that our utilities had been shut off. My mom had hope that when I was adult, working hard meant that I could provide for my family. So she made sure that I went to college, even if we couldn’t afford the application fee.

I ended up graduating with five degrees, including a Ph.D. in educational administration and a law degree. My wife got a job in Nevada many years ago, so we moved here, settled down, and raised our family. It’s one of the best decisions we ever made.

Eventually, I was elected to the Nevada State Senate, where I serve as Majority Leader. I worked across party lines to expand health care access, increase education funding, take on big pharmaceutical companies, and give law enforcement the tools they need to do their jobs, such as providing resources for mental health units.

My opponent and DC special interest groups supporting his campaign have tried to smear my character by misrepresenting my record and dredging up mistakes I made in college, like walking across campus after I had been drinking and failing to finish paying off a tire I purchased in a timely manner.

This is exactly the kind of politics that voters find so tiresome. But I know that voters will look to our records and the issues that we care about, not these silly attacks.

On the issues, the contrast could not be more clear. My opponent voted against marriage equality, against background checks to keep guns out of the hands of criminals, and against mental health access for Nevada students.

Wes Duncan worked hand in hand with Adam Laxalt to use Attorney General’s office to advance an out of touch agenda instead of working for Nevadans. Laxalt and Duncan joined litigation in other states that would limit a woman’s right to choose. And they failed to do the hard work at home. Both the Domestic Violence Fatality Review team and the Substance Abuse Working Group screeched to a halt under their watch while Nevada continues to lead the nation in domestic violence murders and heroin deaths.

Like many of you, my child attends public school, and I want to make sure all Nevada students feel safe in the classroom. Another one of my children is headed to college next year, and I want to make sure that students like him aren’t defrauded by predatory student loan companies. I will crack down on scammers who target our seniors like my mom, who received a scam phone call just a few weeks ago.

I will protect our environment so that our children and grandchildren can enjoy our beautiful state. I will work with law enforcement to ensure that they have the resources to reduce domestic violence, help those struggling with substance abuse, and take on dangerous criminals so that our families are safe and healthy. And I hope that as you cast your ballot this year, I will earn your vote for Nevada Attorney General.

Aaron Ford is a candidate for Nevada Attorney General.

More than 30% of retailers are illegally selling tobacco products...