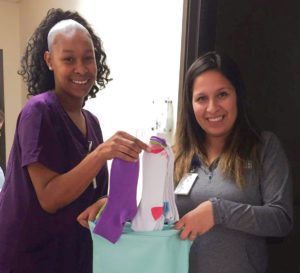 The Community Health Alliance announced this week its annual, month-long sock drive for their patients at the Record Street Health Center for the homeless.

The sock drive is called Socktober. The goal is to collect 1,500 pairs of new adult sized socks for patients of homeless status by the end of the month.

WHERE: Drop Off Locations for Sock Donations:

WHY:  Socks are important to help keep feet warm but are also crucial for our Homeless patients struggling with foot wounds and diabetes. Warm feet help those with diabetes monitor loss of sensation in the toes, which is one of the first indicators that one’s diabetes is not sustained. They are also the most requested item by our patients during colder months.

Famous Footwear has also launched a sock sale of buy-one get-one 50% off for the month of October, and highly encourage customers to consider donating the second pair.

County reports 875% increase in homelessness since 2017