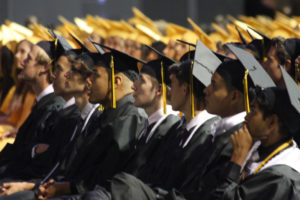 Several Northern Nevada high school students have been named semifinalists in the 2019 National Merit Scholarship Program and are among approximately 16,000 scholars nationwide.

Each will continue in the competition for more than $31 million in college scholarships to be awarded next spring. The nationwide pool of semifinalists represents less than one percent of high school seniors in the United States.

To become a finalist and move forward in the scholarship competition, semifinalists must submit a detailed scholarship application with information about their academic record, participation in school and community activities, demonstrated leadership abilities, employment, and honors and awards received. Each also must have an outstanding academic record throughout high school, be endorsed and recommended by a school official, write an essay, and earn SAT scores that confirm the student’s earlier performance on the qualifying test.

The names of students and their schools are listed in alphabetical order.