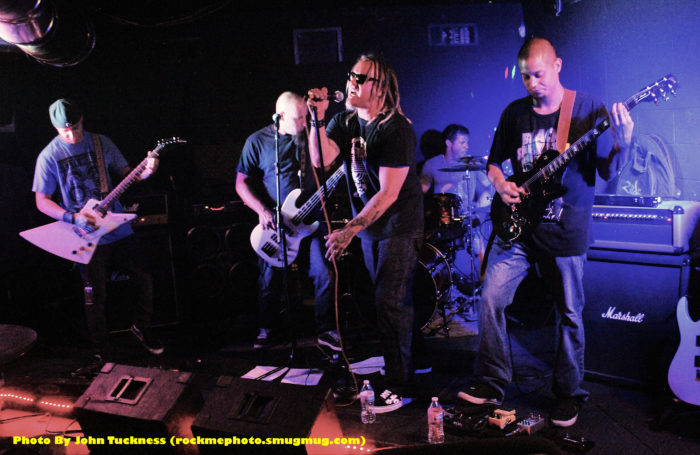 Lately I’ve been hearing nothing but good things about a couple of new bands that have hit the scene here in Reno. It just so happened that both bands were playing a show at Davidson’s Distillery on downtown’s Fourth Street last Saturday during Hot August Nights. So I just had go and see what all the hubbub was about. Even Max Volume from 105.7 KOZZ said he saw both bands and loved them.

The bands are Sacred Moon and Unchained, an Alice in Chains tribute band. Both bands have previously played gigs on the same bill.

Up first was Unchained. These guys have only done a handful of shows together, but you could tell they must have put in a lot of rehearsal time because they put on one hell of a show. I was very impressed with these guys as they played all of the Alice in Chains big hits (and there are a lot of those), plus a few more. This band is definitely worth seeing live again. 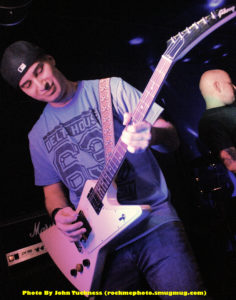 Up next was a new rock band called Sacred Moon. After seeing how good Unchained was, I hoped that this band was at least half as good. As it turns out, everything that I heard about these guys was more than true. From the very first song of their set they rocked the house.

The band’s lead guitarist Gray Harris (one of two bad-ass guitarists in the band) was off the hook. He reminded me of Tesla’s guitarist, Dave Rude, in the way he moves and holds his guitar while tearing it up on his solos. He’s definitely one of the best in town and a pleasure to watch play. Everyone in the band was very good at what they did; the whole band was awesomely impressive to say the least.

Both of these somewhat new local bands are just what you can expect to see come out of this city that knows how to rock. Keep an eye out for both bands so you can see what I’m talking about.

Davidson’s Distillery is always putting on some great shows, check their website to see who’s rocking the stage next.

And always remember to support your local bands and venues … Go to a Show!

People in Motion Project Feeds and Clothes Hundreds of Reno’s...