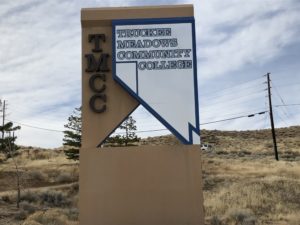 Rumors have been circulating among TMCC faculty and students that the lease at the college’s Keystone Avenue theater may not be renewed after this academic year.

ThisisReno was told by three sources that the future of the Keystone location was in doubt and that President Karin Hilgersom “has assumed veto power over which plays the theater program produces, refusing to allow any play that might be considered ‘controversial.’ Her argument is that we can’t afford to upset any potential donors for a new theater building (which is at least five years out, and currently unfunded).”

TMCC spokesperson Kate Kirkpatrick refused to answer questions about the program, only to say that “the tips provided to you by (ThisisReno) readers are not accurate.”

The college’s Nell J. Redfield Foundation Performing Arts Center, at 505 Keystone Avenue, will apparently be leased through 2019, but what happens after that remains a mystery. Security for late night practices and performances by theater students is incredibly expensive, according to a source. 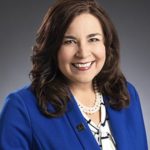 “TMCC is working with faculty to prepare for the upcoming season of theater productions and instructional courses,” Kirkpatrick said, again refusing to answer clarifying questions.

Hilgersom reportedly said in a faculty meeting today that she’s concerned about safety at the Keystone Avenue theater because a faculty member was once mugged there, and a cannabis dispensary is supposedly opening nearby.

The City of Reno said no future dispensary locations have been approved and that a new location would still be subject to approval by the state.

“The state is reviewing applications now, and we’ve been told that they plan to wrap that up and release rankings in December,” said city spokesperson Jon Humbert. “From there, the city will review applications sent to us and we’ll look at their proposals and locations.”

That information won’t be known until sometime next year, he added.

Sources said that Hilgersom told TMCC faculty today that the media were asking questions about the theater program and to not speak in support of the performing arts center to the press because it may jeopardize Board of Regents approval Friday of a campus culinary center, which could house a theater.

Those sources did not want to speak on the record for fear of reprisal by upper-level administrators.

“Many people are running scared,” one source said.

Hilgersom has come under fire by faculty who say that she is making major decisions without their involvement. At least one lawsuit has been filed against Hilgersom after humanities faculty member Thomas Cardoza was removed from his department chair position.

Another faculty member, Kyle Simmons, was fired after receiving a recommendation for permanent, tenured employment from a faculty committee. 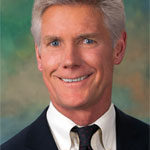 Rick Trachok, Nevada Board of Regents.

Nevada System of Higher Education Chancellor Thom Reilly recommended that Hilgersom receive coaching for how to listen better and to address problems with faculty morale, as part of the president’s annual evaluation.

“What I see from (Hilgersom’s) self-evaluation and from other conversations is primarily excuses rather than solutions,” he said. “On one hand, it’s being recommended the president receive a substantial raise. On the other hand, it asks the services of a coach be put into place.”

CORRECTION: Cardoza is a humanities instructor, not English, as originally reported.

UPDATE (8/22/2018): See Ron Marston’s comment below for additional information and context on this story.