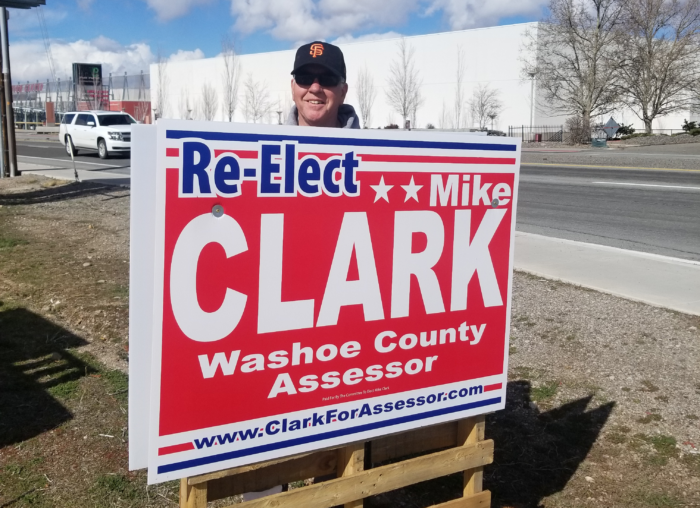 Trust and accountability should be the mission of every public official, particularly those who are a part of the tax paying process and are supported by the taxpayer’s hard-earned money.

One such office is the Washoe County Assessor, mandated to perform accurate and equitable property appraisal and transparent assessment administration. The office must serve the public in the fairest way.

A candidate running on his business background has tried to shed light on a challenging chapter in his career which he chalks up to the “market crash.” However, court documents show that it is a chapter that challenges his credentials to perform the duties of the Assessor’s office.

Hugh Dudley “Chip” Evans, Jr. was the beneficiary of $10.8 million bankruptcy settlement in 2012 that allowed him to shirk the responsibility of re-paying $1.4 million to 31 private investors in his real estate company; a company that had no licensing or certification for the types of investments he offered.

He had 17 unsecured bank loans totaling $7.8 million and more than $5 million in loans that he personally guaranteed. In court settlement documents, it showed he paid back investors, banks and other creditors a total of $1,121.62

Was this chapter and case of riding the real estate wave with other peoples’ money…a wave that in no way could have possibly crashed. But it did. Did Mr. Evans make a true analysis and appraisal of the investments he brought his clients into? Where was the trust? Where was the accountability?

Was this merely a real estate downturn, or something more? Public records show there are other liens on properties Mr. Evans, or one of his more than a dozen companies, own in neighboring states. Was this a case of disregarding the hard-earned money of his investors, many of them using savings from their retirement pensions or 401k accounts, or did the investor train finally run dry and catch up with Mr. Evans?

So who is the real Hugh Dudley “Chip” Evans? A business professional or a real estate player who lost other people’s money and is now running for a job? Perhaps an investment professional with no securities, real estate or mortgage broker licenses. Or just a career politician who is looking for any platform to express his personal views?

Fairness, transparency and the ability to navigate a complex set of rules and statutes on behalf of the taxpayers should be the criteria for the assessor’s office. That’s the real story that every candidate should tell.

Mike Clark is the incumbent for Washoe County Assessor.

Assessor Clark found to have violated county policies for sending...

On Transparency and Bankruptcy (OPINION)