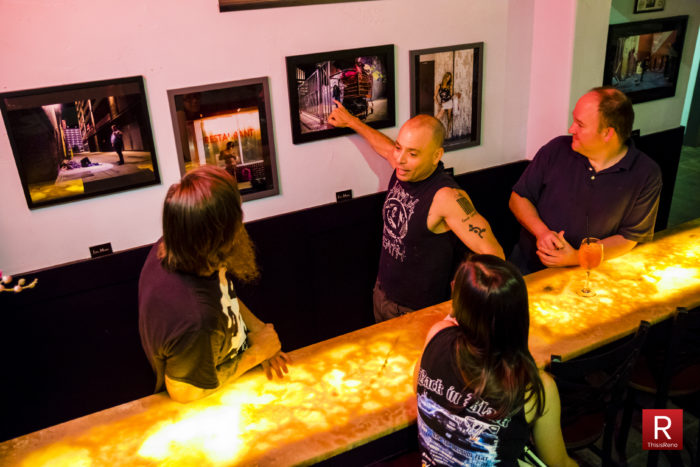 While Marks runs Reno Street Photography he is also a wedding and corporate photographer, and fine art and photography educator at Truckee Meadows Community College. He does this all while still doing daily street photography often between 11 p.m. and 4 a.m. Laughing, he told me he doesn’t sleep much.

Marks said that his photography, particularly street photography, has changed in the past year after a trip to Europe in which his 70-200mm, a zoom lens, was shattered, leaving him with a 24-70mm lens. Down to one lens and in a different country, Marks said he decided to challenge himself by staying at 24mm, for wide-angle images. Back in Reno he has continued to set technical challenges for himself like using very shallow depth of field to isolate subjects in an image.

Much of Marks’ work for Reno Street Photography features Reno homeless, or as he preferred “displaced people.” He told me he has received criticism from other, unnamed, photographers for doing so. He explained that not photographing them helps to “otherize” these displaced people treating them as alien. Marks photographs the homeless, but he also has talks with many of them telling them who he is and what he is doing while also learning about them and who they are.

I asked Marks if he had ever been in danger. He explained that in one instance he had a knife pulled on him, the proof of which hangs in a photo in the Z bar’s wall. Other than that, he explained that the majority of his street photography has been a safe venture.

Once the gallery opening began Marks was in conversation with art appreciators throughout the night, telling stories, talking about his technique, discussing displaced people, and so on.
The Reno Street Photography exhibit will be up at Z Bar through the end of July. To view Erick Marks’ work online visit http://ericmarksphotography.com or https://www.facebook.com/RenoStreetPhotography/ 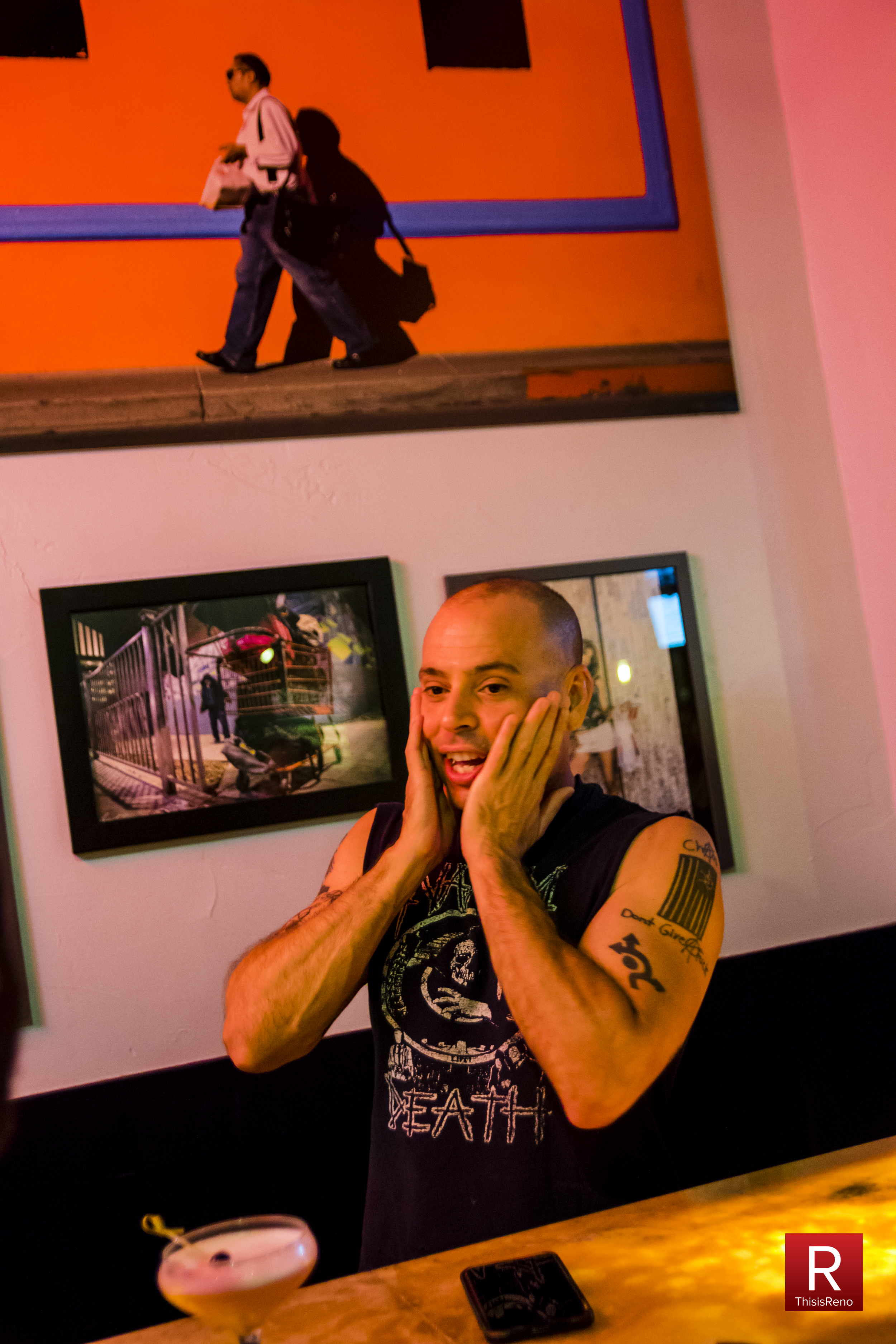 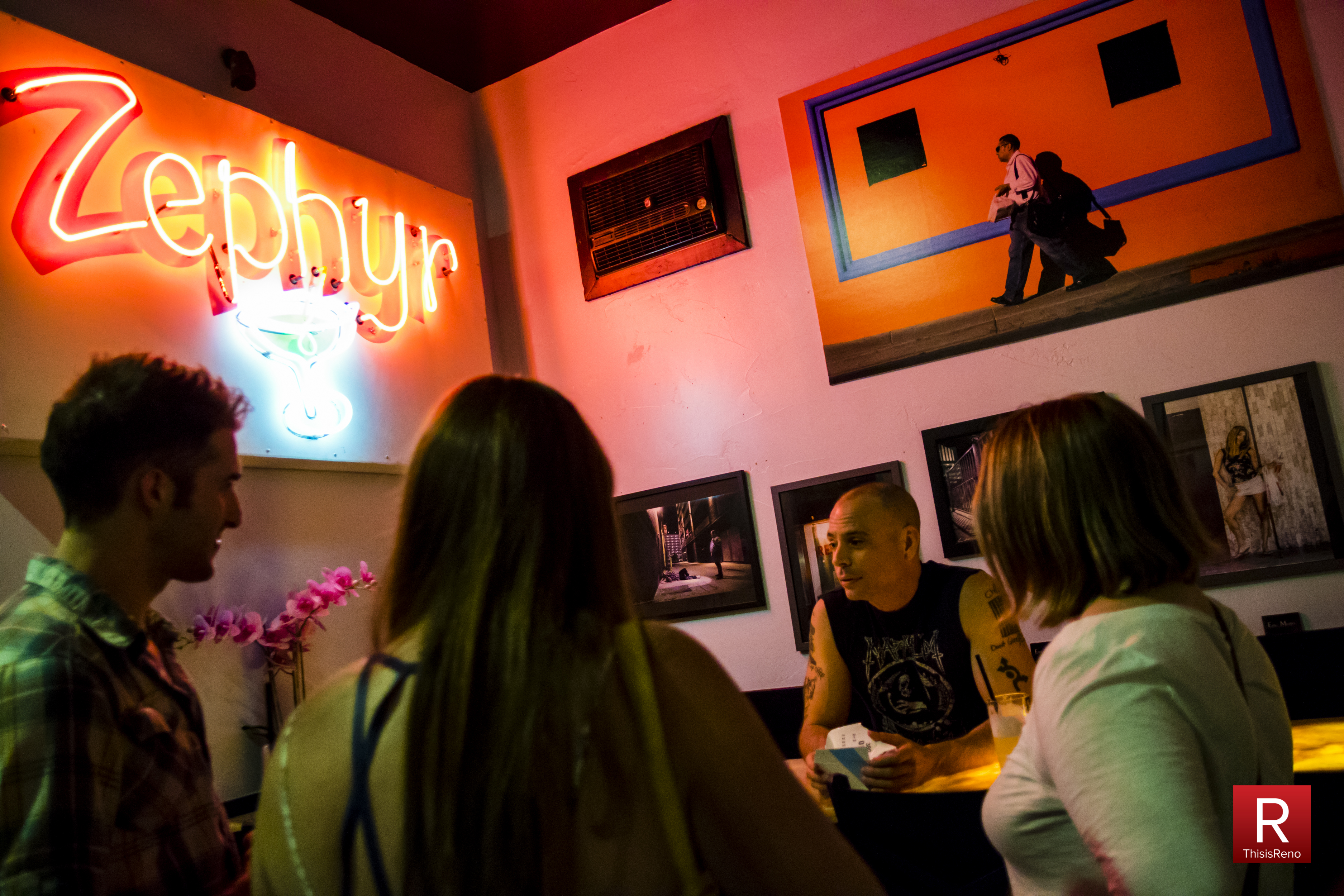 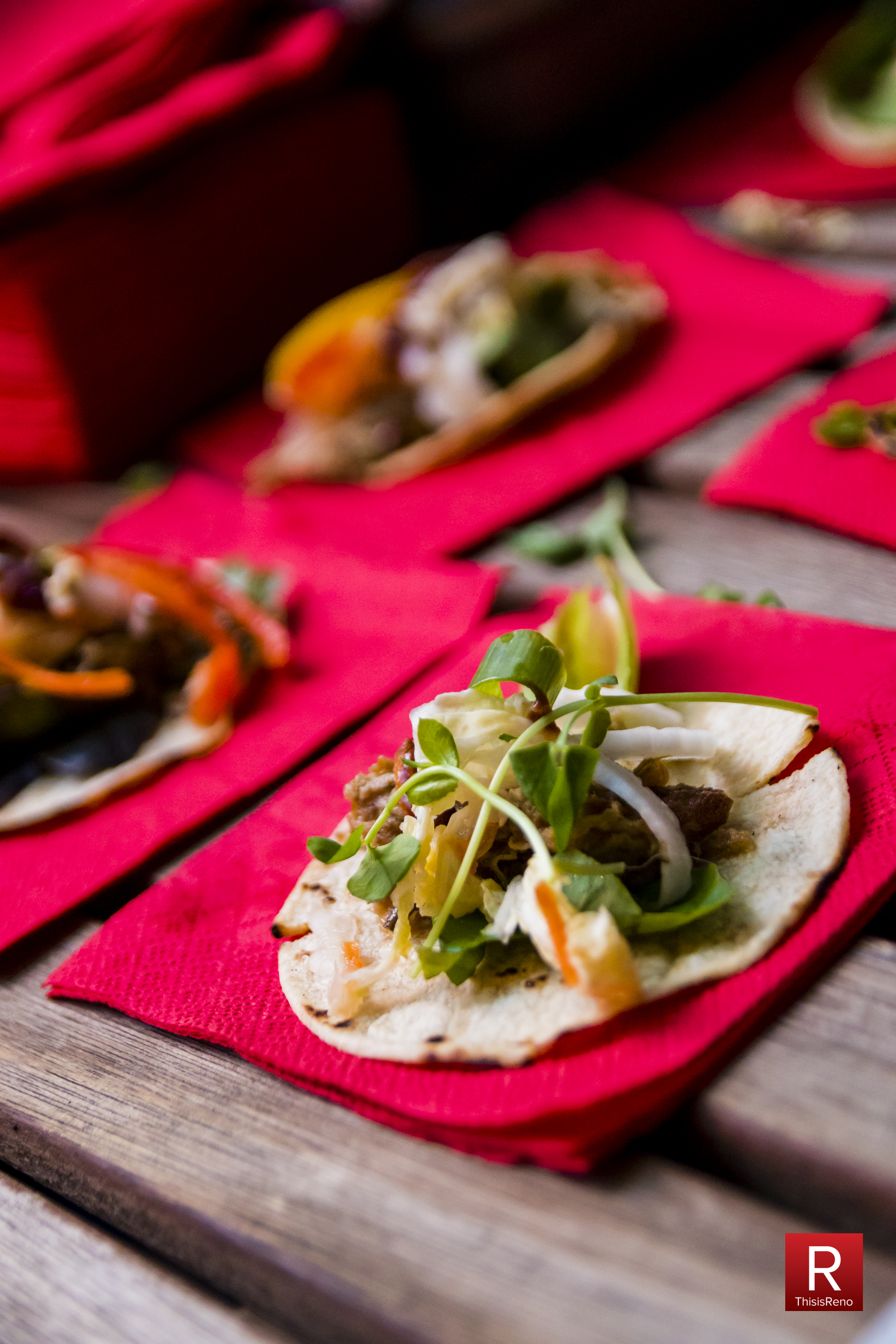 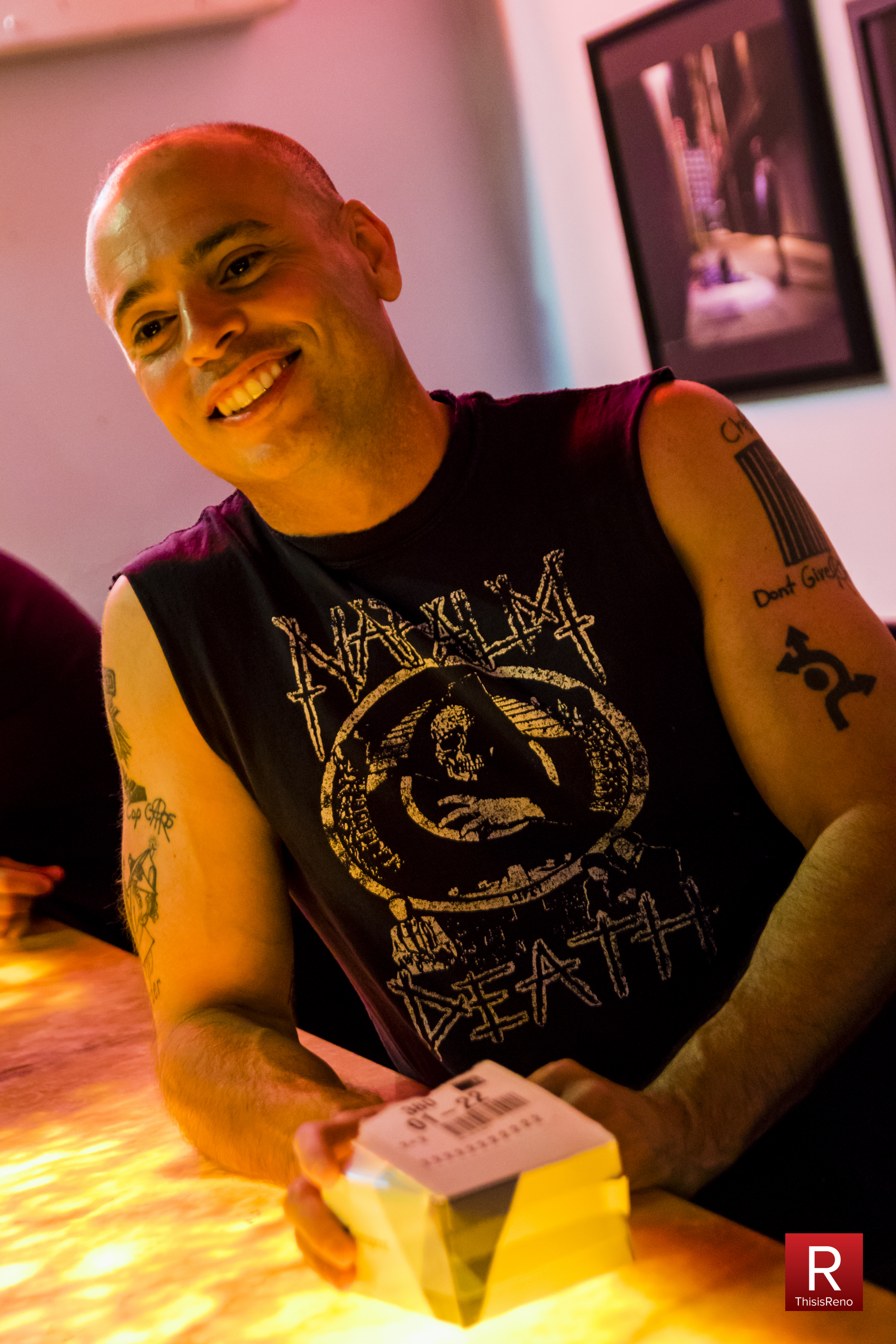 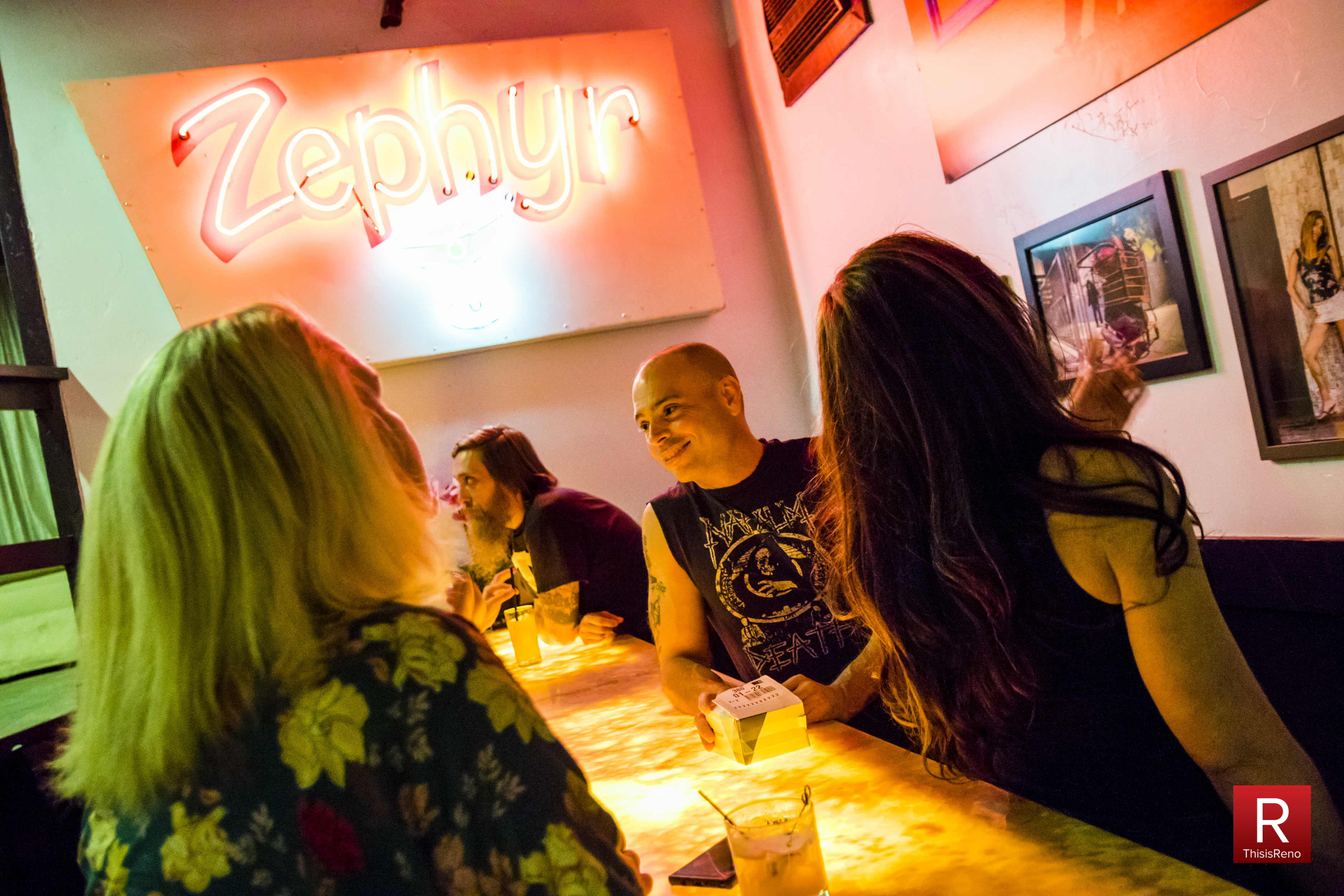 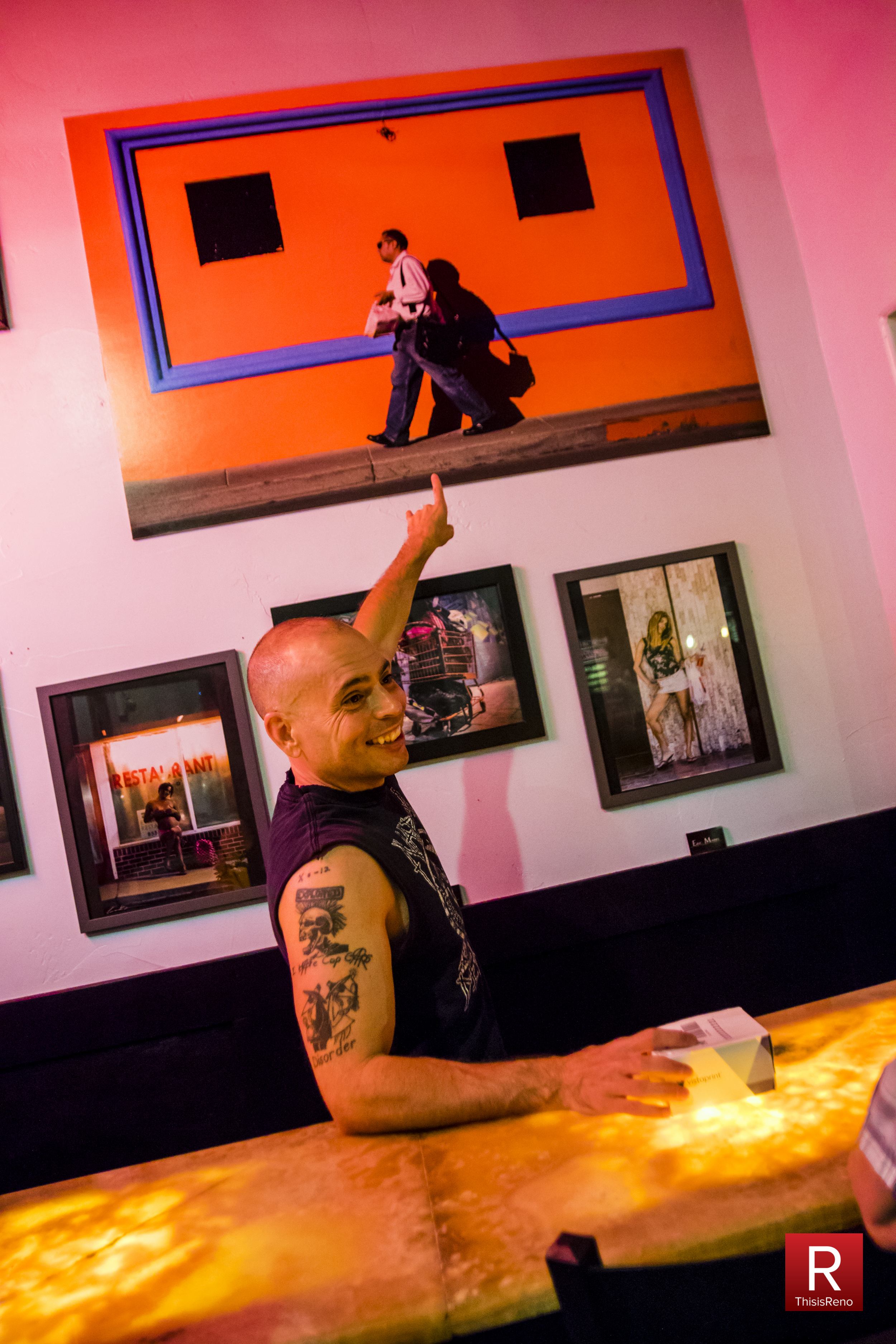 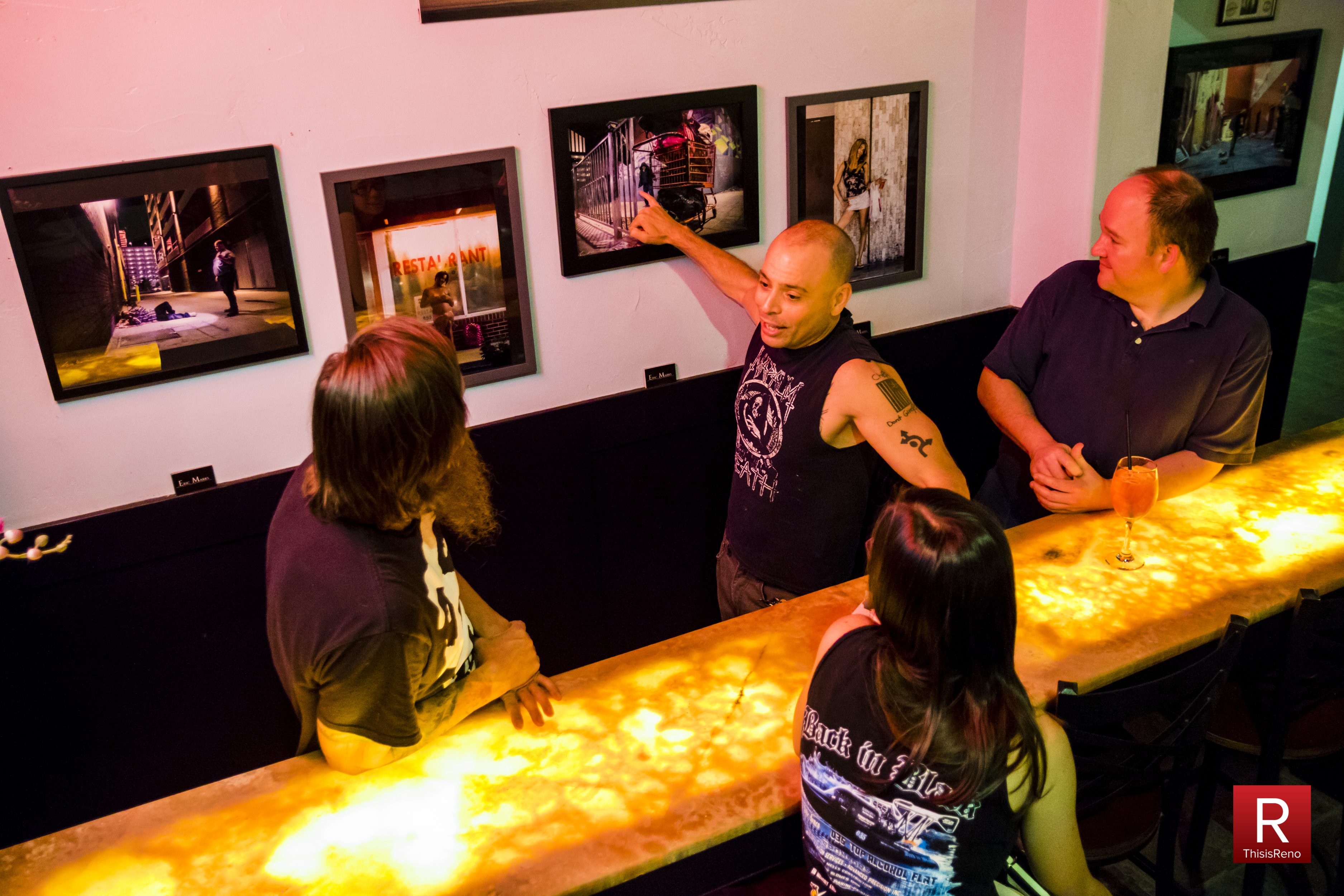 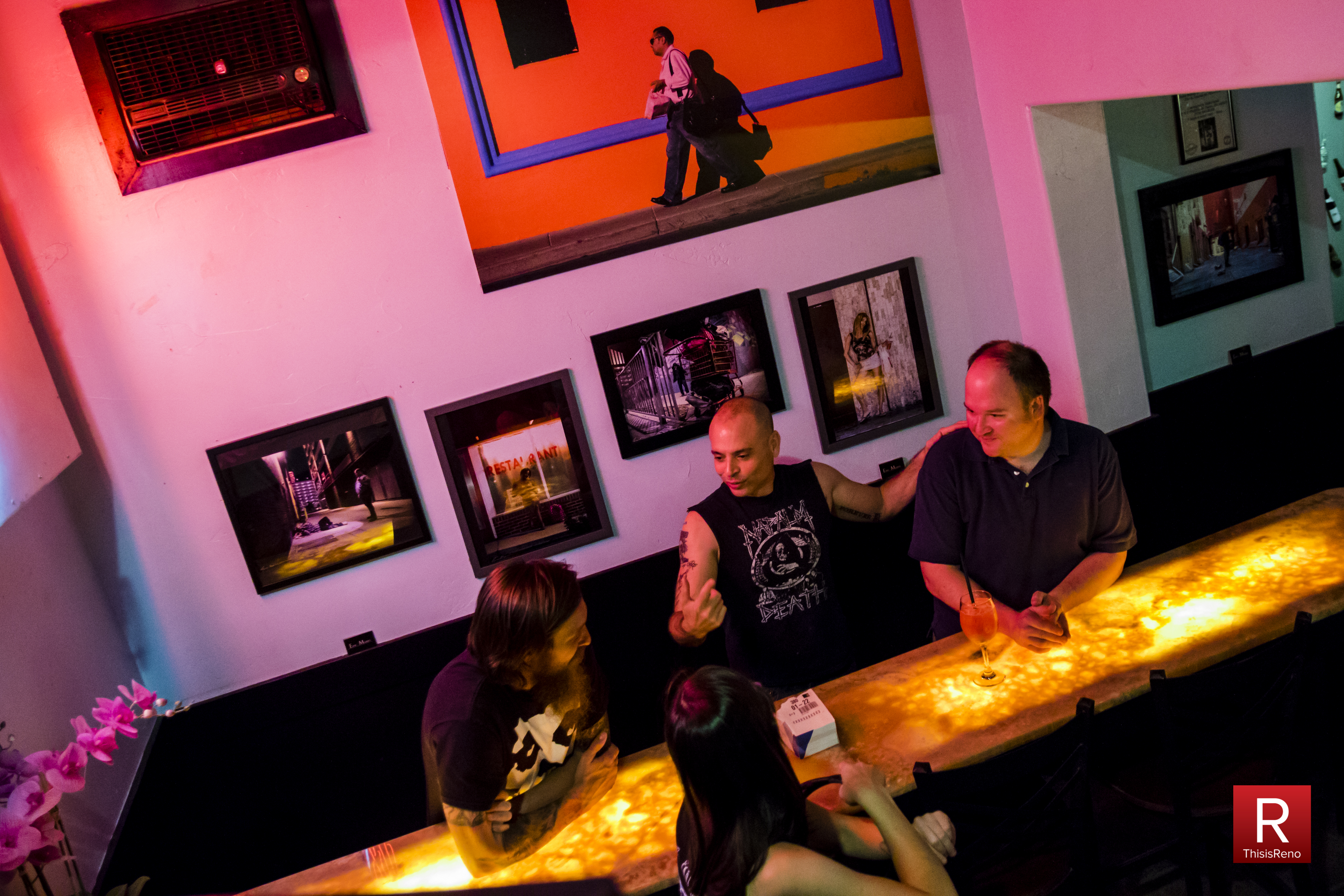 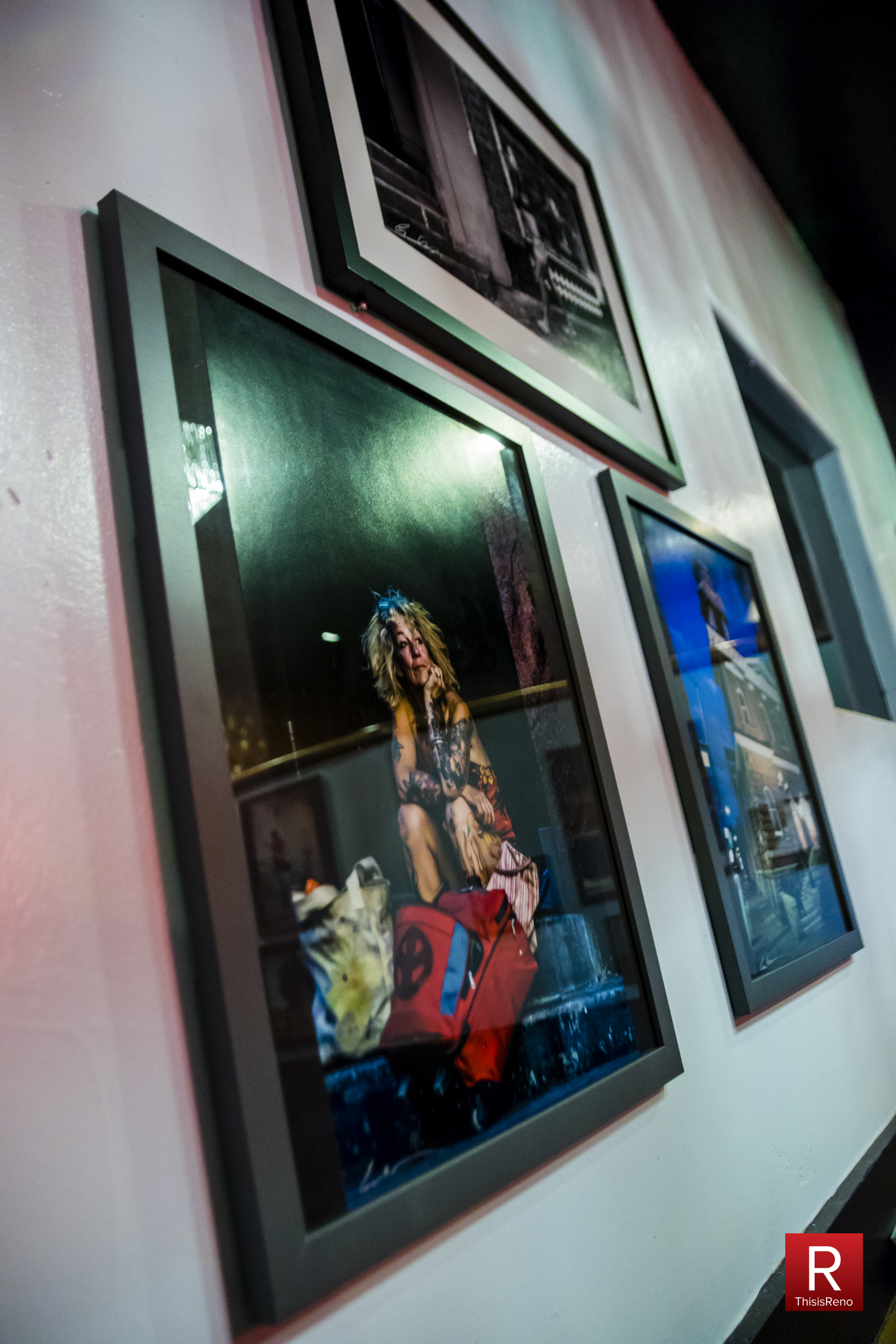 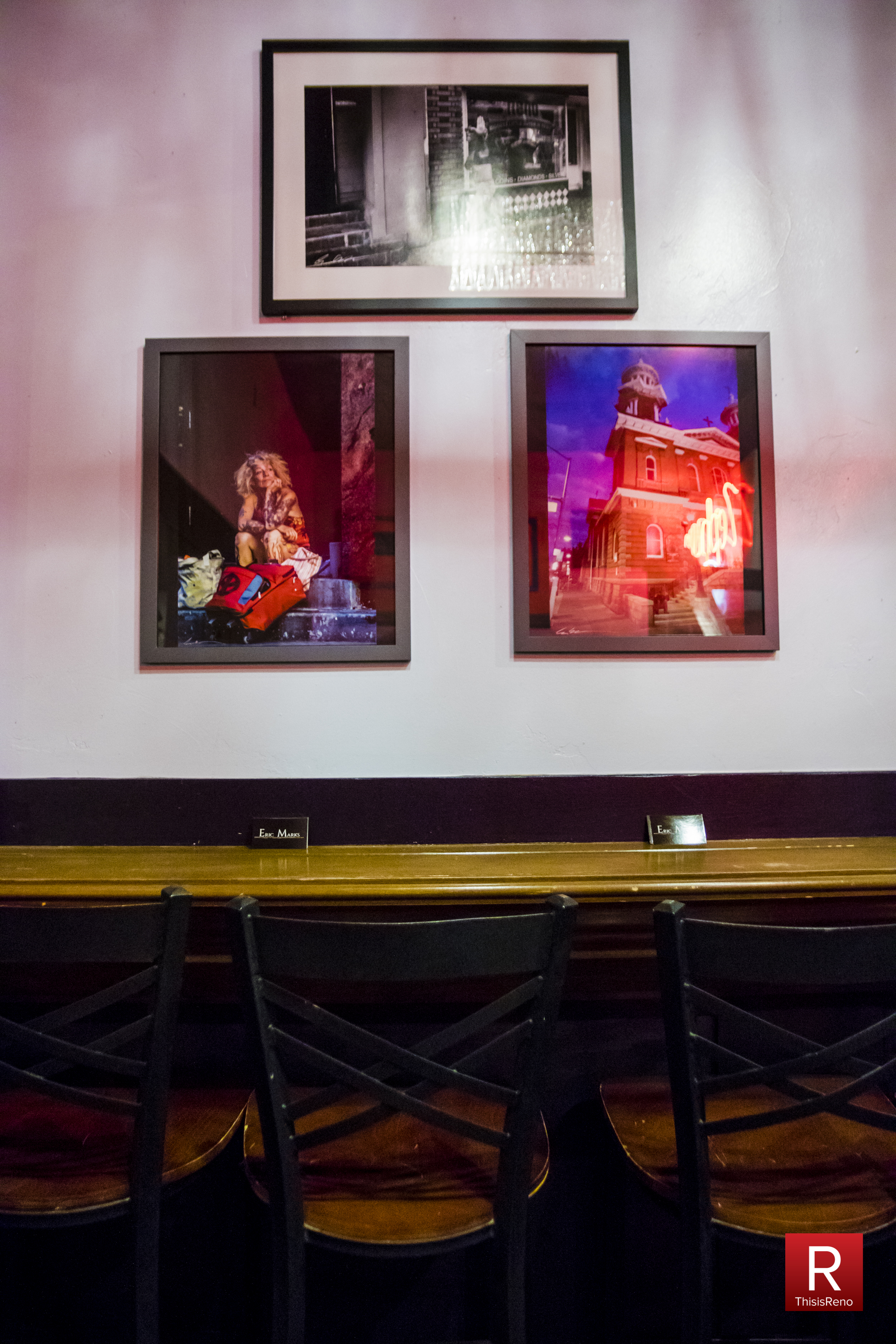 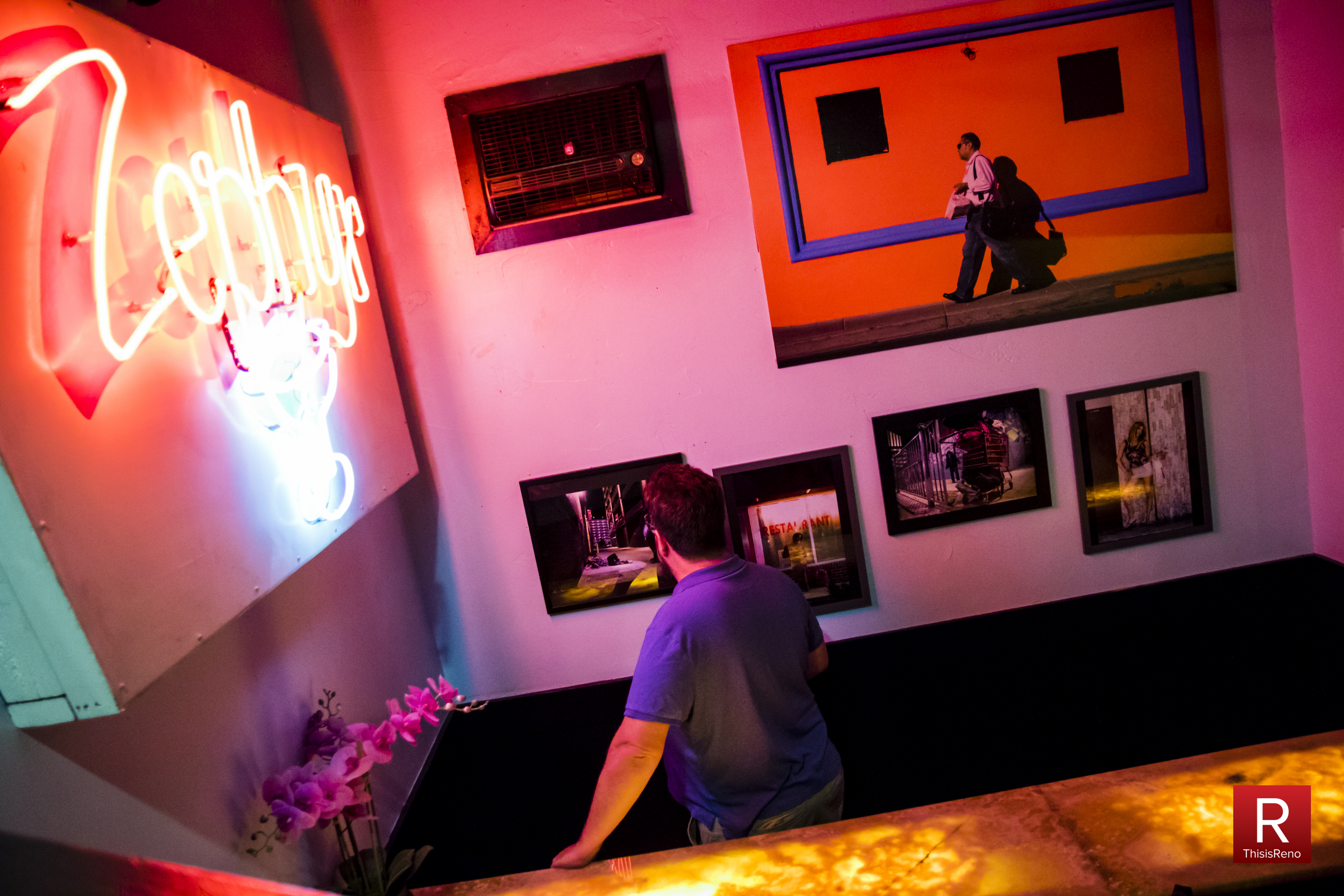