Home > Featured > From Your Farm to Your Table
Featured

From Your Farm to Your Table 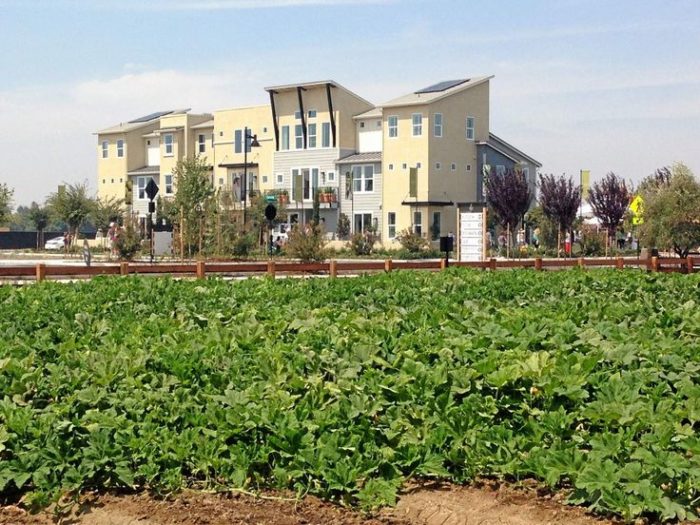 Agrihoods: Farm Life Taking Root in a Neighborhood Near You
Part of the Fourth Annual Nevada Economic Development Conference, Aug. 20-22, 2018

Will community gardens supplant the clubhouse? Will fairway views fade into farmscapes, and the fast-rolling greens of the golf course become rows of kale, cabbage, and spinach?

In the late 1990’s and early 2000’s new housing in Northern Nevada almost required that there be a golf course winding amid the homes.

But in recent years, many millennials, baby boomers, and retirees are seeking out neighborhoods that have more direct relationships to the land and to local food as urban landscapes turn into fresh-food deserts. An increasingly popular subdivision design, called an agrihood, is helping to fulfill this desire to connect more closely with their community, with nature, and our food supply.

The fourth Annual Nevada Economic Development Conference set for Aug. 20-22, 2018 at the Atlantis Casino & Resort in Reno will feature a presentation entitled Agrihoods 2.0 as part of its popular Agribusiness sessions. It will highlight the Farmstead at Corley Ranch in Douglas County as well as other agrihood developments that have sprung up around the United States.

Changes in the ‘hood

Session speaker Jeff Birkby, who has managed sustainable agriculture and community development projects for nonprofit organizations and state and federal government agencies, says there is pent-up demand to develop food sources closer to our kitchen tables.

“We are beginning to see in-fill agrihoods, that are turning blighted areas of cities, such as Detroit, into vibrant and desirable communities,” Birkby says. “This next phase of agrihood development looks to transform abandoned urban centers, using existing city property, instead of developing housing around pristine land outside of city limits.”

The Urban Land Institute estimates that, as of 2014, there were more than 200 agrihoods either developed or in the planning stages in the United States.

Agrihoods 2.0 session speaker Mark Neuffer, principal of Alta Consulting in Genoa, Nev., is developing Farmstead at Corley Ranch as one of those. Adjacent to what already is a working ranch, the proposed 250 homes will offer nearby amenities such as a  community garden, greenhouse, and orchard.

Neuffer, who has successfully developed numerous housing projects in the Sparks area, cites the Rancho Mission Viejo project in San Juan Capistrano, Calif., as a model for the Farmstead at Corley Ranch. There, residents have access to communal farms with orchards and workshop space, raised planters, in-ground crops, fruit trees, and community events featuring area farmers lending a hand in the communal gardens.

“I think this is a more meaningful housing product,” Neuffer says. “The golf course housing project doesn’t articulate what today’s home buyer is looking for.”

“These costs, though significant, can be less than one-fifth of the costs of developing and maintaining a professionally-designed golf course. And the consumer demand for housing in new agrihoods is tremendous,” he says.

Rancho Mission Viejo already is developing its second agrihood housing development and agrihoods are popping up from Florida to Hawaii. In Davis, Calif., a 100-acre development called The Cannery, is built around a working farm that will sell to local restaurants and grocers. The agrihood is built on the site of a former Hunt-Wesson tomato cannery — an excellent example of re-purposing an industrial site, Birkby notes.

This trio will present the processes, challenges, and successes of the agrihood, as well as how the agrihood can benefit the entire community.

For details about this session and many other sessions on topics revealing the new Nevada economy , register at www.nvedc.com

A Pre-Conference Tour and workshop, Connecting Nevada to the Global Economy, on Aug. 20 will visit the SWITCH facility located at the Tahoe-Reno Industrial Center. A separate registration fee of $100 will be charged for this portion of the conference which includes lunch and transportation.