An Interview with CCR’s Stu Cook 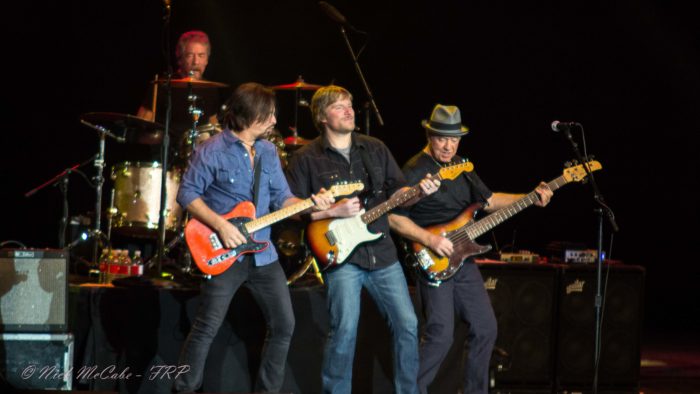 Creedence Clearwater Revisited is scheduled to play at The Carson Valley Inn in Minden August 12. In anticipation of this I was offered an interview with Stu Cook after having talked to Doug Clifford the last time they came to our area. Since Stu lives in Sarasota, Florida, I had to get my coffee fix early and make the call at 6:30 a.m. (9:30 a.m. his time).

After a brief introduction, I mentioned interviewing Doug last year and giving him a lifetime achievement award at last year’s Forté Awards. This perked Stu up and he told me that he got one too, which I didn’t know. At that point, we became fast friends (in my mind).

On the subject of touring he says that it’s great these days since everybody gets along so well. Plus, he and Doug get to play with some top notch musicians. “Here’s how I look at it,” he said. “We play for free and get paid to travel. Touring back in the 60’s and 70’s was poorly laid out, sometimes having to sleep on the bus. Now the logistics of it all are much more refined. Now we get really nice touring buses. Food on the road is horrible though. Not like eating at home. Booking! It’s seems like it’s done with a handful of darts, a map and a blindfold.” 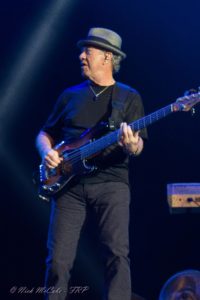 Other interests of Stu’s include scuba diving, flying his own plane (he used to fly out of Minden a lot), amateur radio operator, and photography. Back in the early CCR days he had a darkroom and developed his own 35mm film. He has taken videos of his scuba diving experiences, but decided he didn’t need to take videos of what he sees every time he dives. “It’ll be there the next time I dive,” he said. The way I interpret this is, he shares his music with the world, but the diving is just for him.

At this point I jumped into the lightning round so he could get on with his day, and fired off some quick questions.

Nick: Do you have any unrealized goals?

Stu: Improve my Spanish, and get my golf game down under 100. I don’t really have any great goals right now.

Nick: What’s your favorite vacation you’ve ever been on?

Stu: Africa was my favorite place to visit. India is probably my second favorite.

Nick: Where would you like to go that you haven’t been to yet?

Stu: I have a strange urge to go to Antarctica, but I don’t know why. I don’t like the cold anymore after living up at Tahoe for 13 years. Actually, I would like to go back to Africa. Africa is a place where you really feel the planet.

Nick: If you are stranded on an island, what music would you want to have with you? 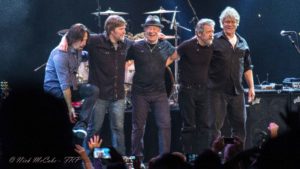 Stu: Wow! That’s a tough one. I have so many of them. There’s this drink I found in Austin, Texas called a Gills Perfect Margarita. We had many of those every time we went out there.

Nick: Do you have a guilty pleasure?

Nick: Success requires sacrifice somewhere along the line. What have you sacrificed for the music?

Stu: Oh, man. Uh…success is largely luck. There is sacrifice. We pooled our resources. We lived below the poverty line once we committed to going full time with Creedence back in ‘67. We lived below the poverty line and had no pleasures except cigarettes and some weed if we could afford it. Cigarettes only cost 29 cents. Those were the days! But ya know I’m still sacrificing. I’m away from home quite a lot to do this, but I love doing it, so there’s a reward.

Me: What are the rewards?

Stu: I have a comfortable lifestyle, and I’ve had some wonderful life experiences, and I hope they continue. I’m on a good trajectory to enjoy the remainder of my life – the golden years as it were. Barring any of the usual bumps in the road I should get there okay.

We talked for about a half hour. Stu was very generous with his answers. We laughed a lot together and really chatted a lot outside of the interview process. He ended the conversation by inviting me to come back stage after the show in Minden to meet up and talk some more. Good times.

Ticket information can be found at: https://www.carsonvalleyinn.com/entertainment.php

CCR’s Doug Clifford is still at it

Doug Clifford’s window into the past