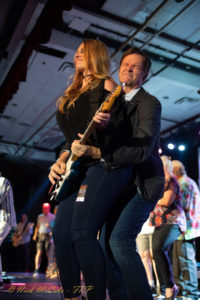 The Beach Boys brought their surfin’ safari to Reno’s Silver Legacy this past Friday night, and it was a sold out show. There are those who challenge the thought that it was really The Beach Boys since the only founding member still in the band is Mike Love. To them I would say, is Beethoven’s Eroica Symphony any less beautiful because he’s not in the orchestra? But it would be all that much more amazing to experience if he was conducting, and that’s what we had Saturday night.

Mike Love was joined by Bruce Johnston, who joined the band in 1965 when Brian Wilson decided he did not want to tour any longer, along with a stage full of highly skilled musicians, among them Mike’s son, Christian. They put on a great show and did the songs absolute justice. It was fun from the start, and “Fun, Fun, Fun” till the end.

The crowd was definitely high in AARP membership. I saw very few in the audience who did not have gray hair, but that is to be expected since the band began in 1961. They played a 31-song string of hits that included a few covers, but mostly Beach Boys songs. Among the covers was a beautiful rendition of “California Dreamin’” by The Mamas and The Papas.

There was no shortage of enthusiasm in the room. Everybody was becoming a teenager all over again. It was fun to see. Near the end of the show there was a very old wheelchair-bound woman near the stage. Handing it down himself, Bruce Johnston made sure she got an autographed set list. Somebody else brought what looked like a yearbook up to the stage that both Bruce and Mike signed.

The energy level made a steady rise from “California Girls” all the way to the end of the show. This was an 11-song climb that took us through hits like “Do You Wanna Dance,” “Rock and Roll Music,” “Help Me Rhonda,” “Barbara Ann,” “Kokomo,” and ending the set with “Good Vibrations.” They came back for an encore after about 10 seconds (you have to know your audience) with “Wild Honey” and ended the night with “Fun, Fun, Fun.”

In the 57 years since The Beach Boys formed they have gone through a lot. They have experienced everything from immense fame and success to drug and health problems, and deaths of band members. There have been good years and bad, but Mike and Bruce have assembled a top notch band to carry on the tradition. These are good times for The Beach Boys. 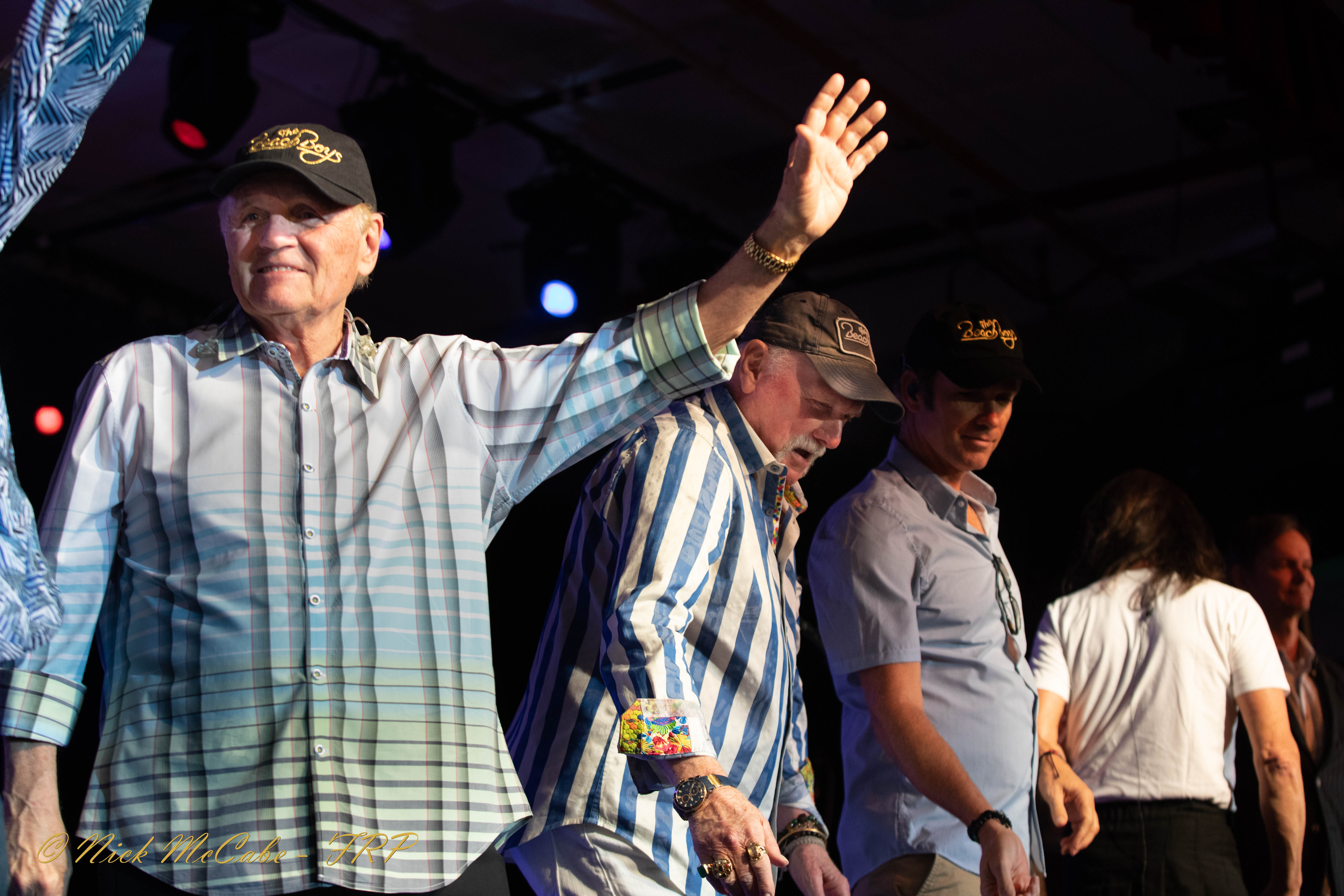 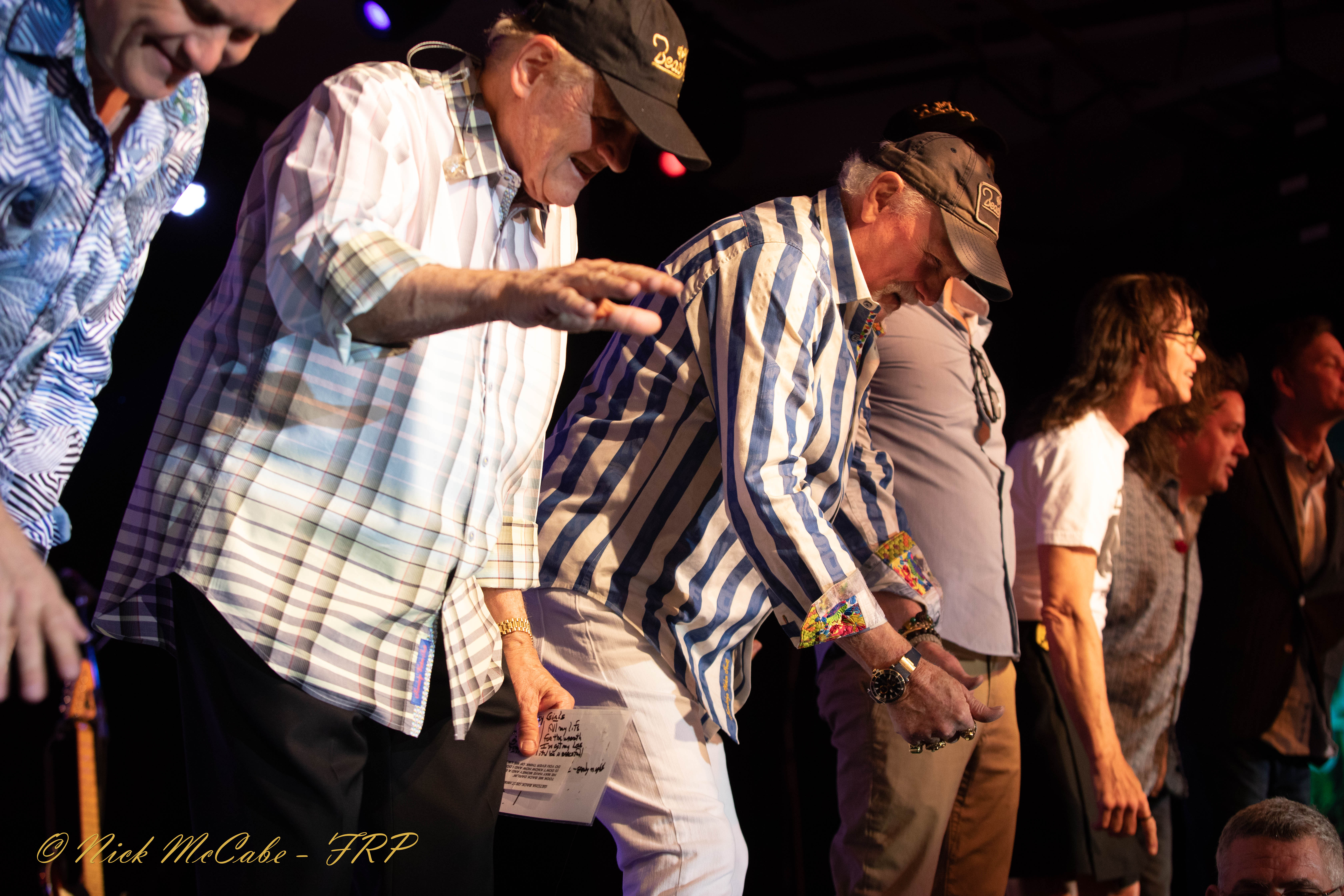 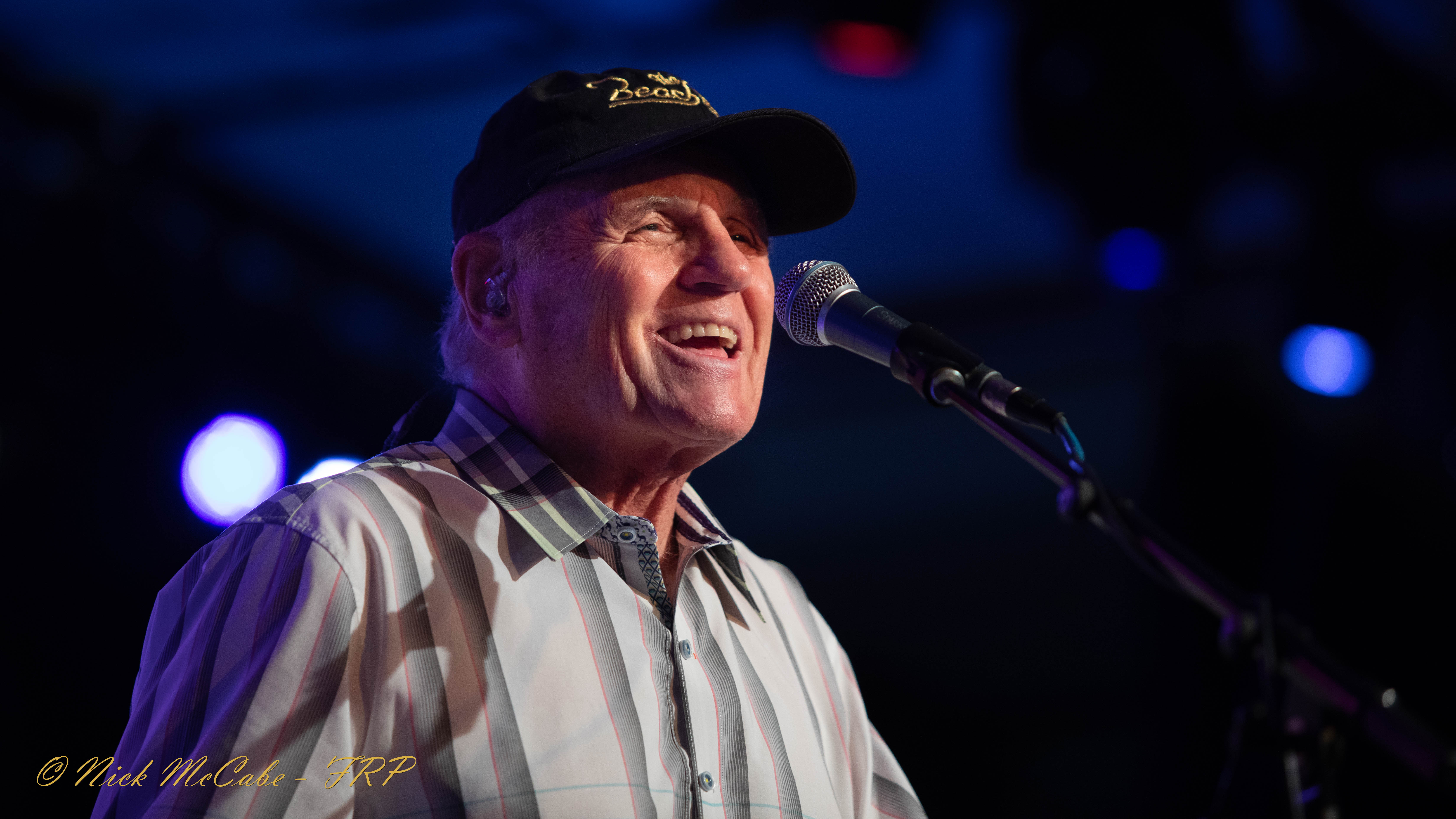 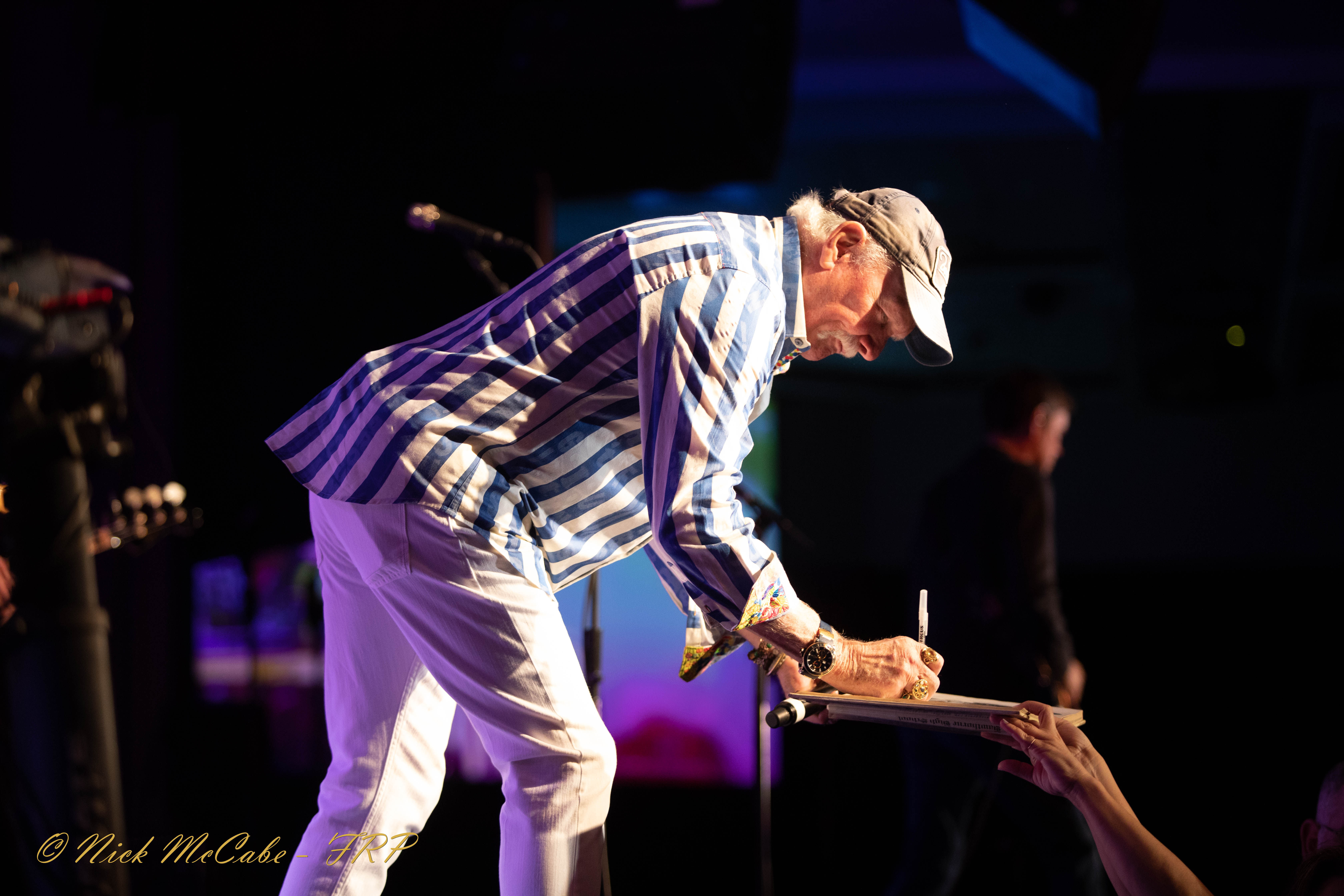 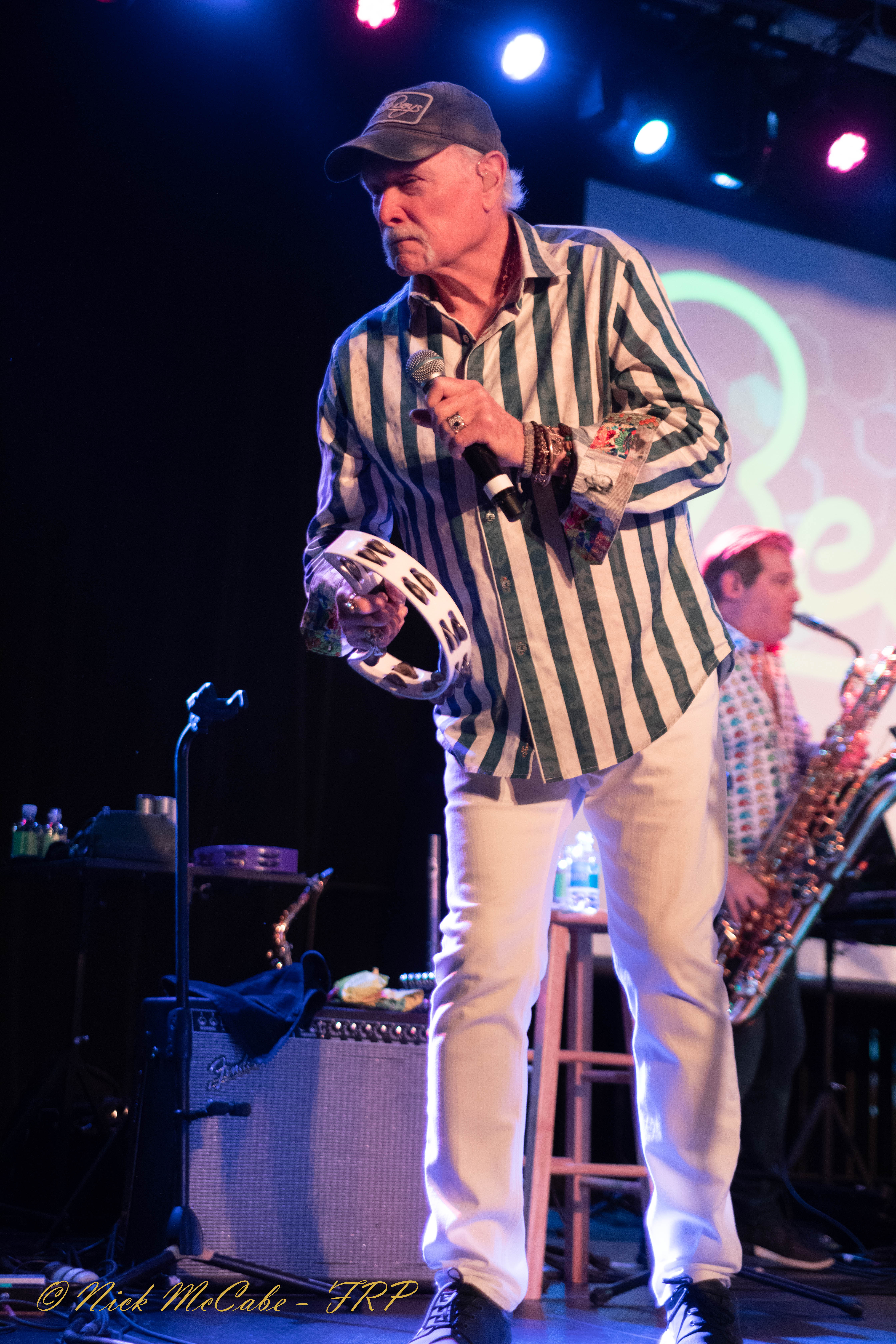 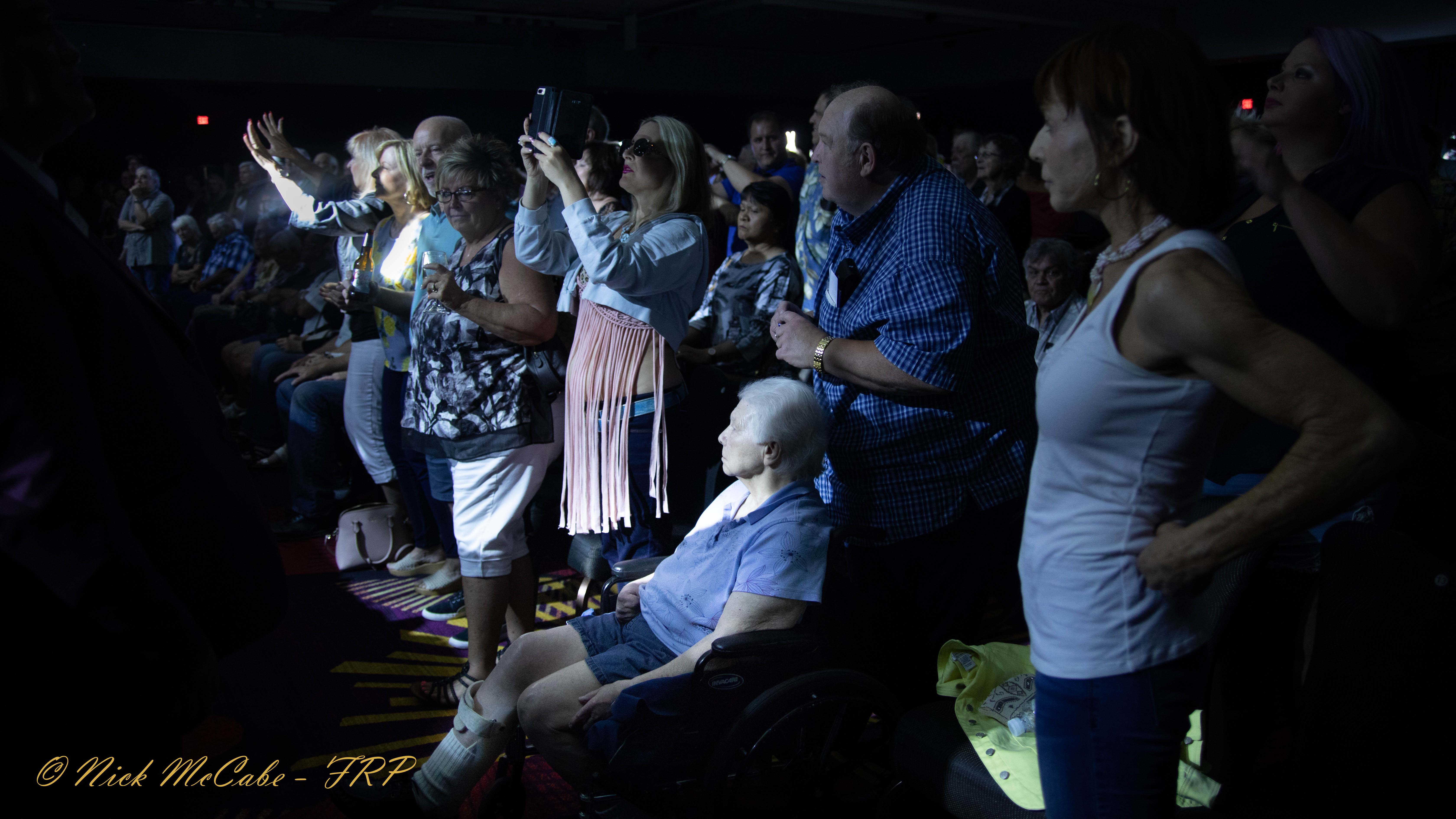 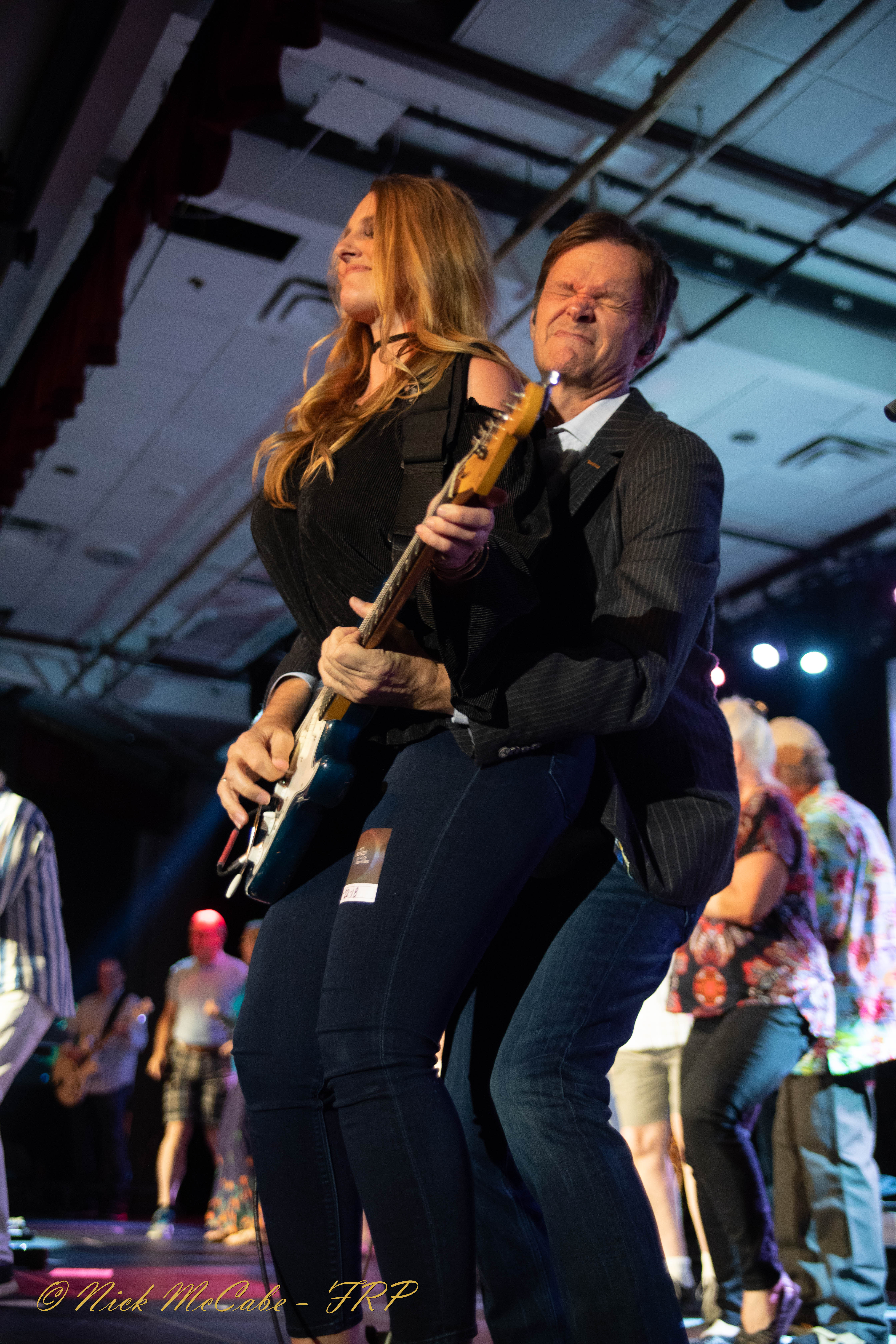 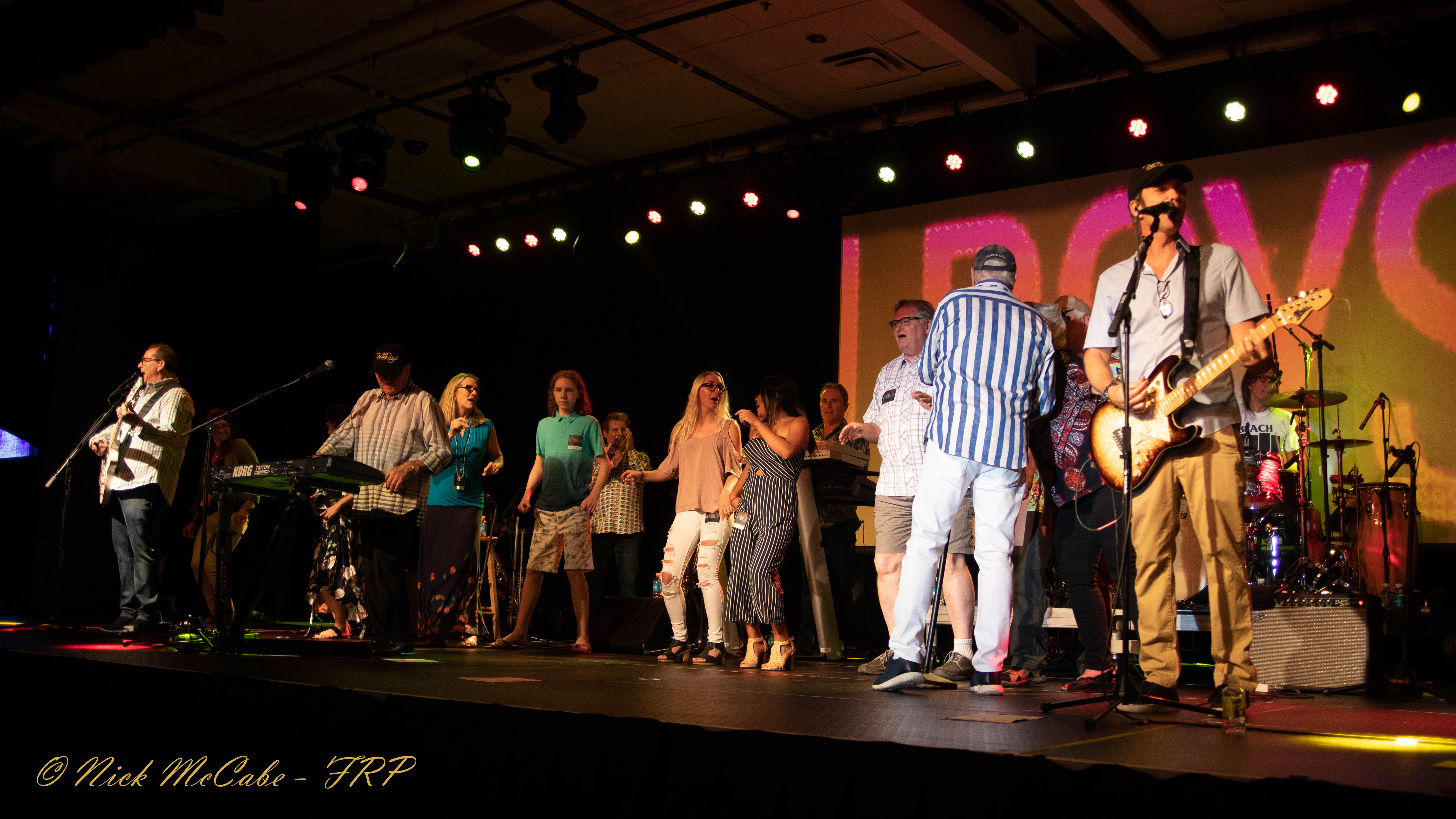 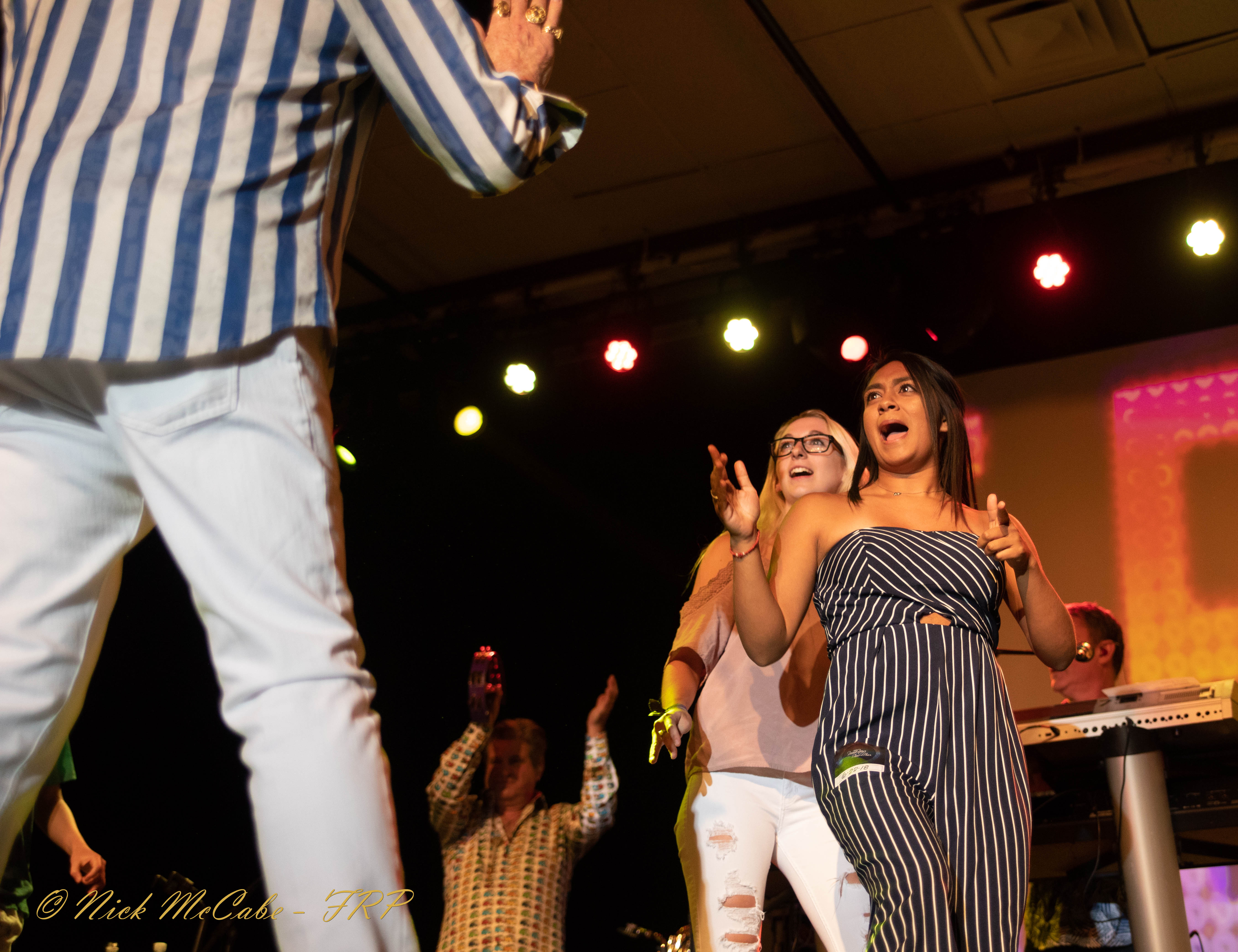 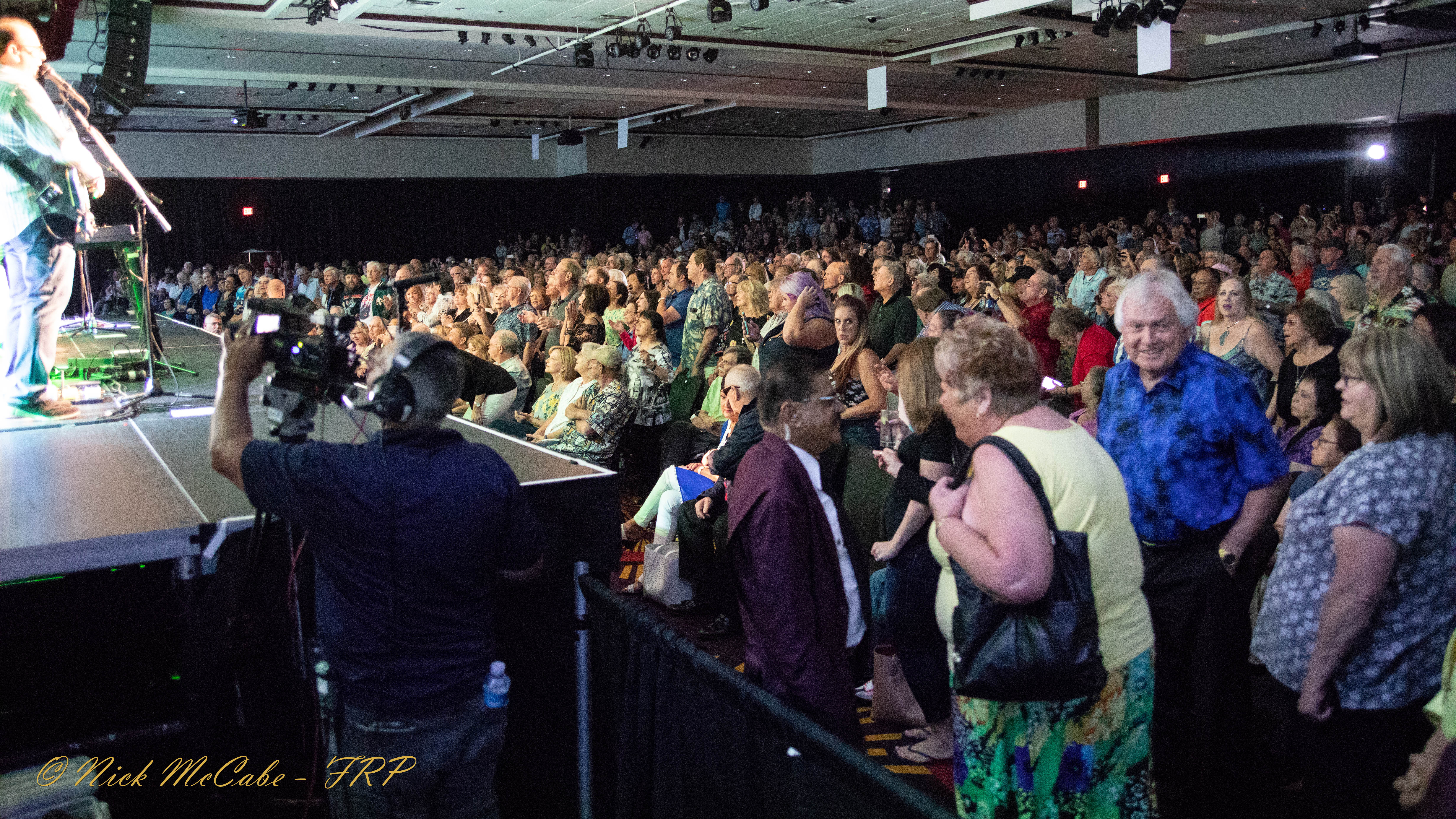 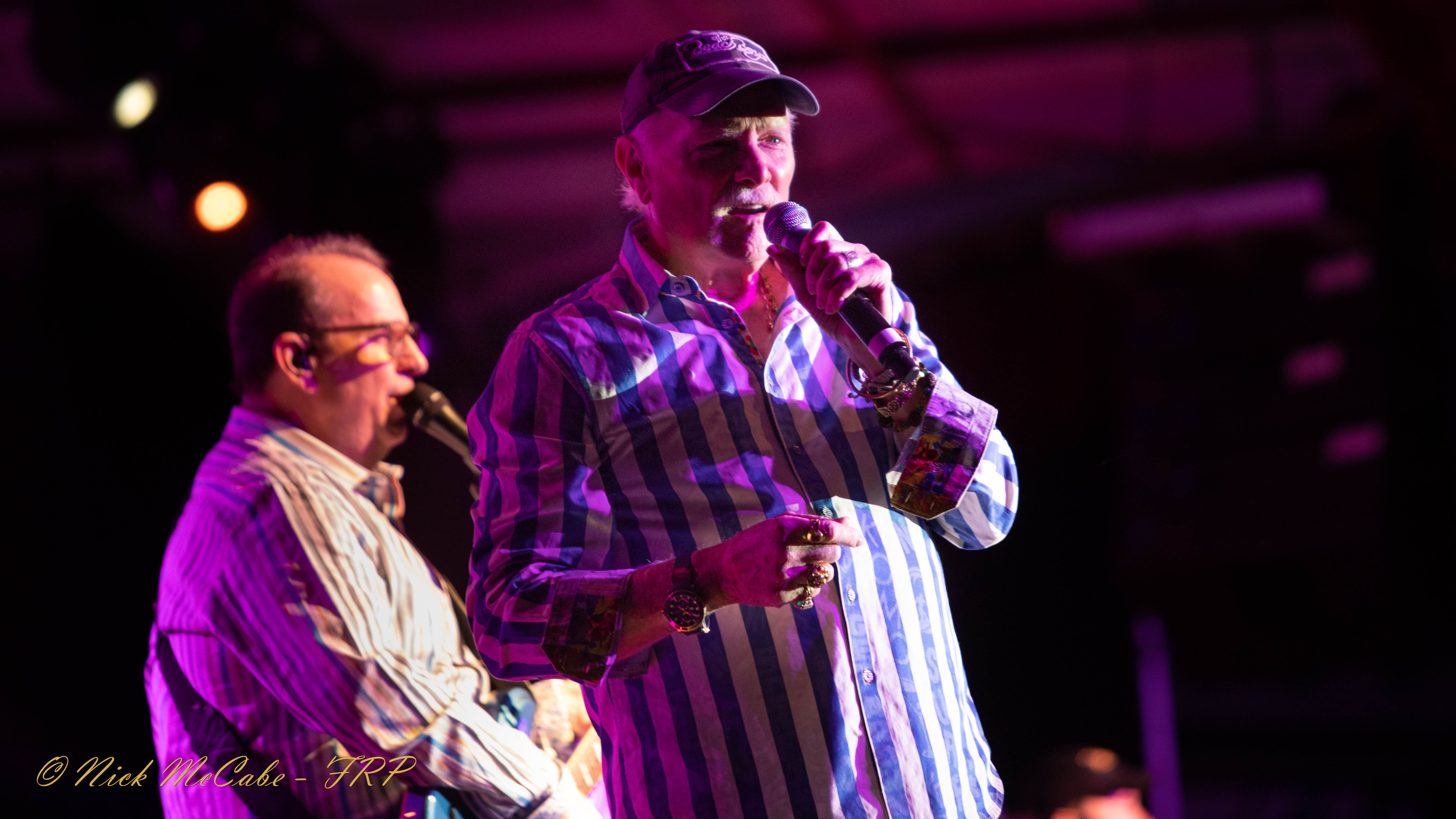 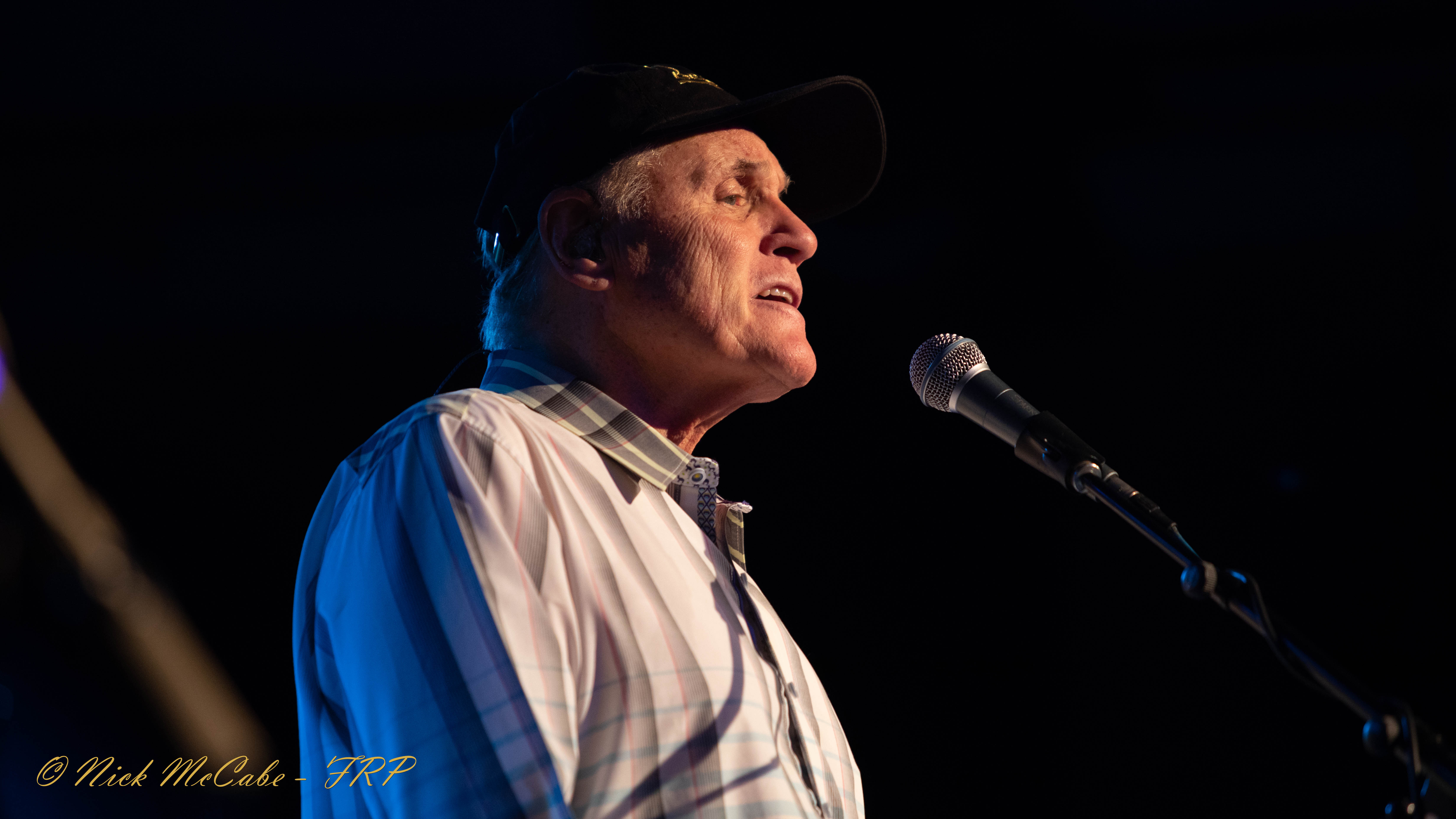 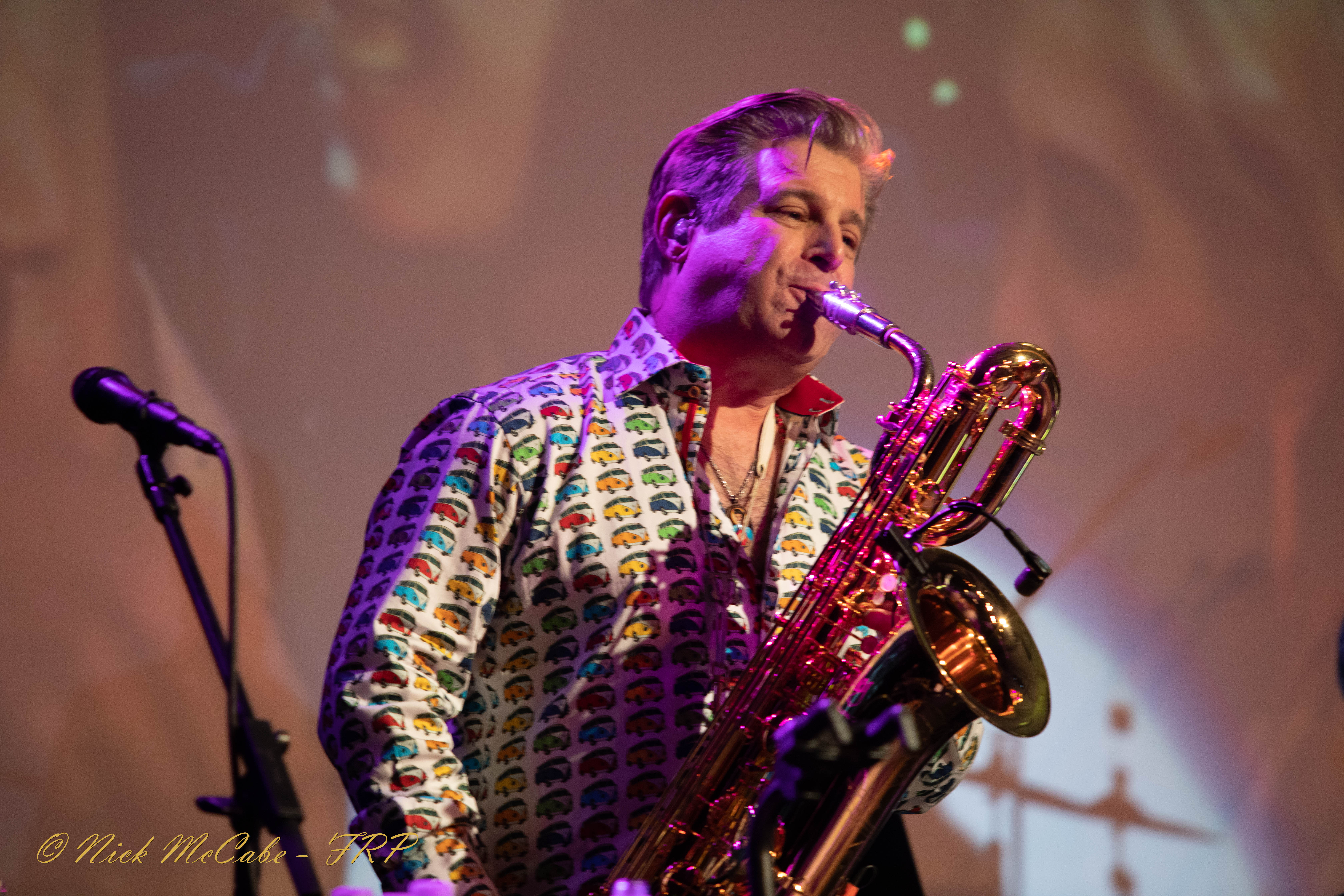 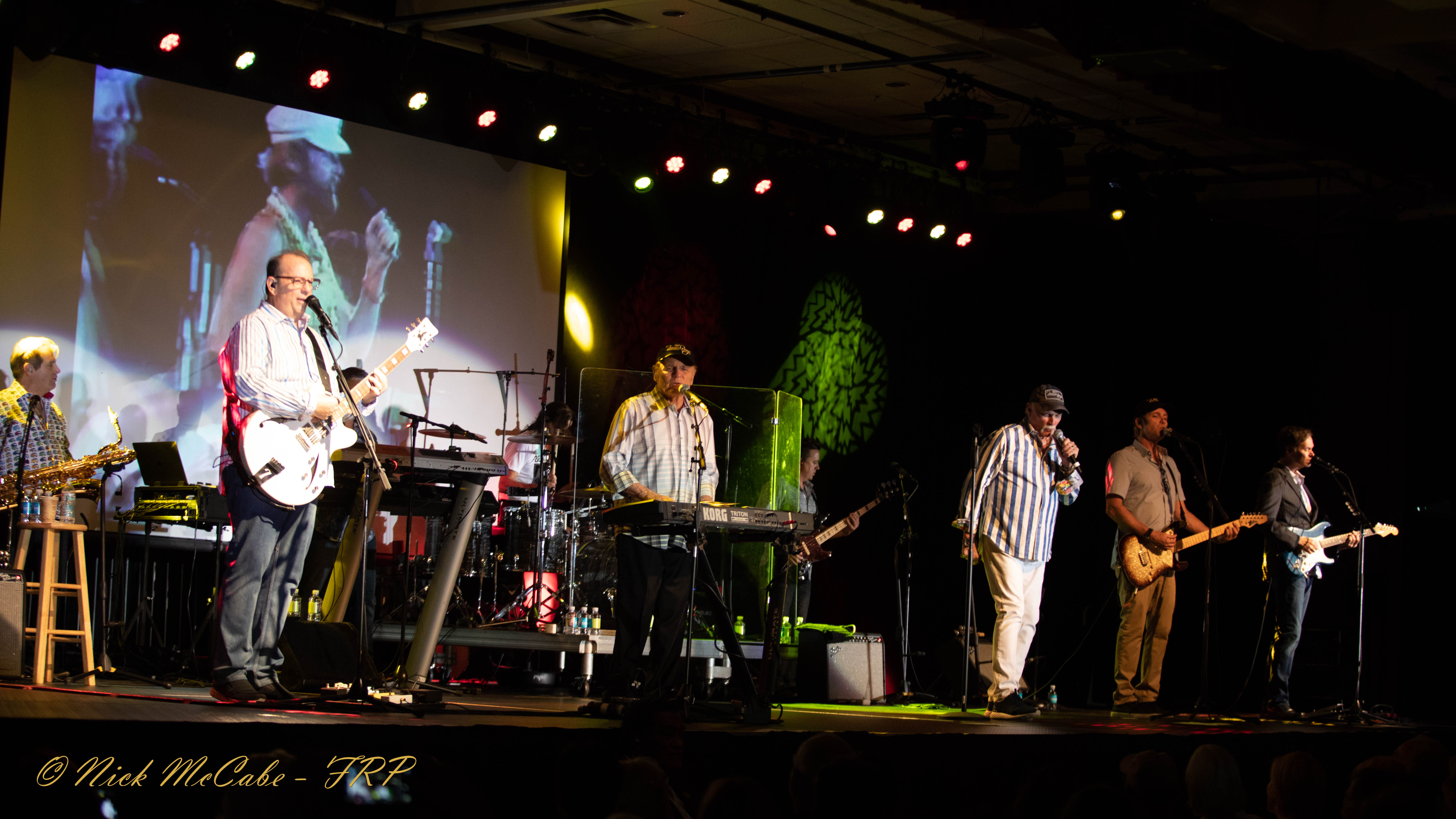 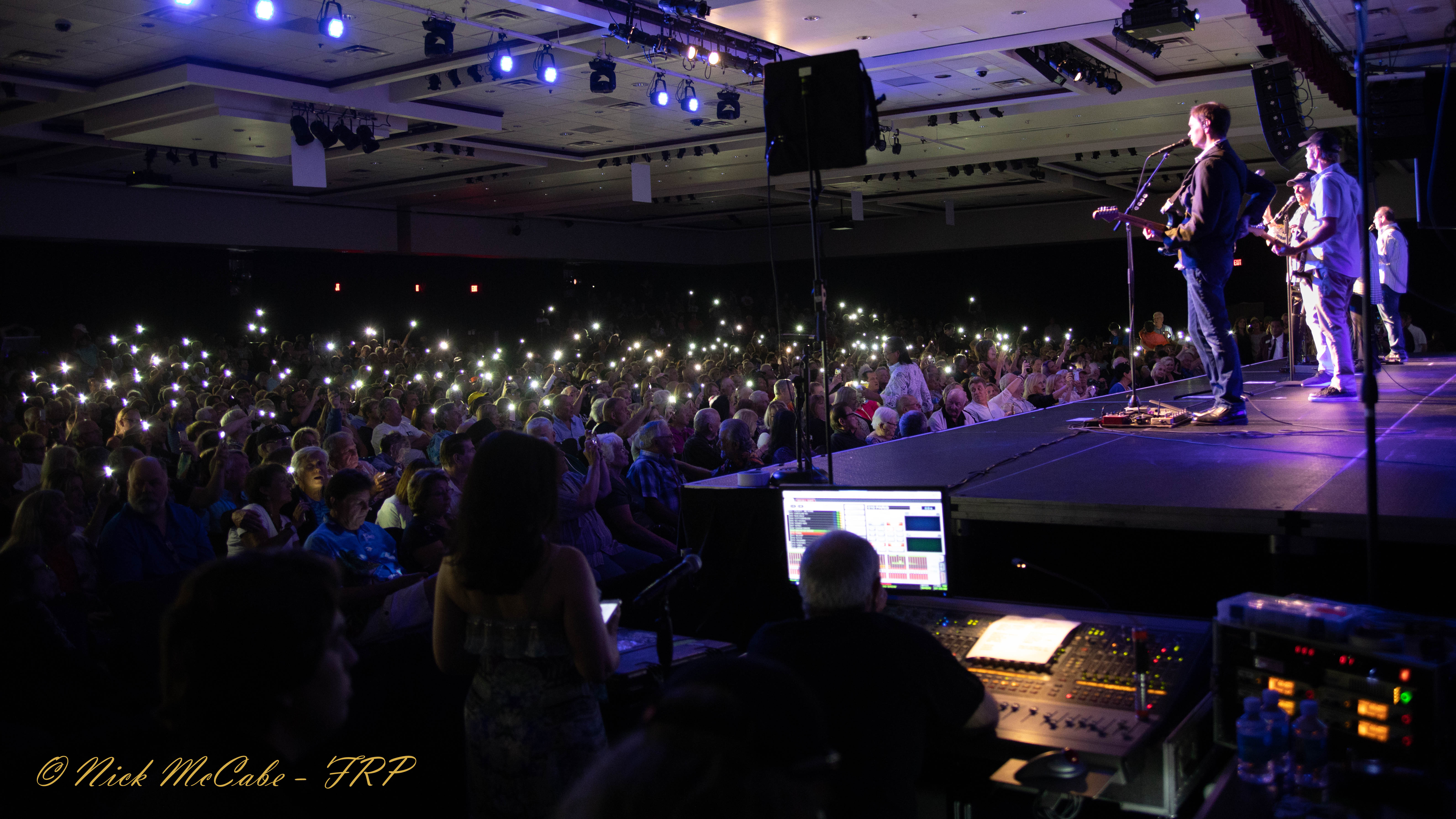 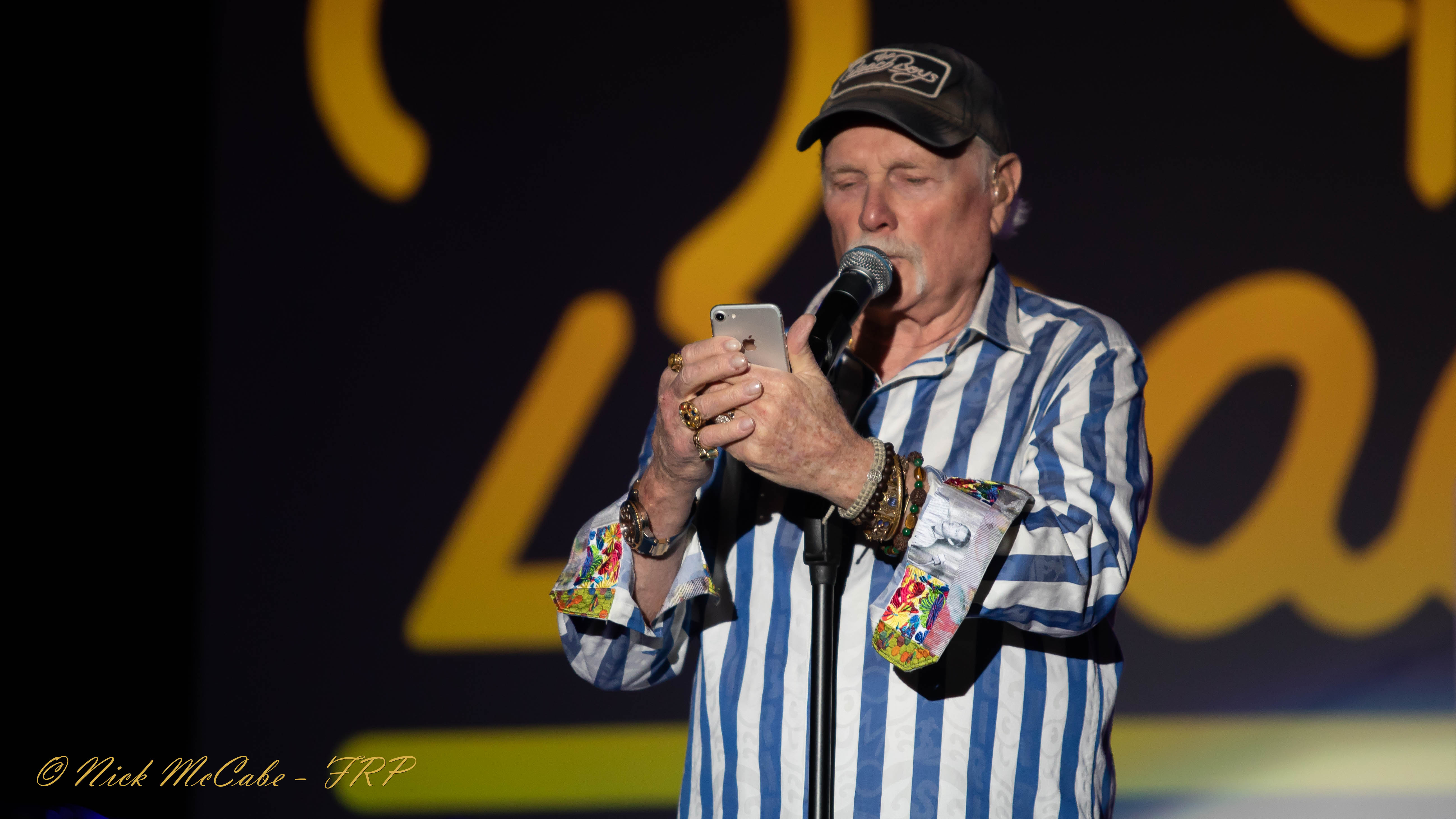 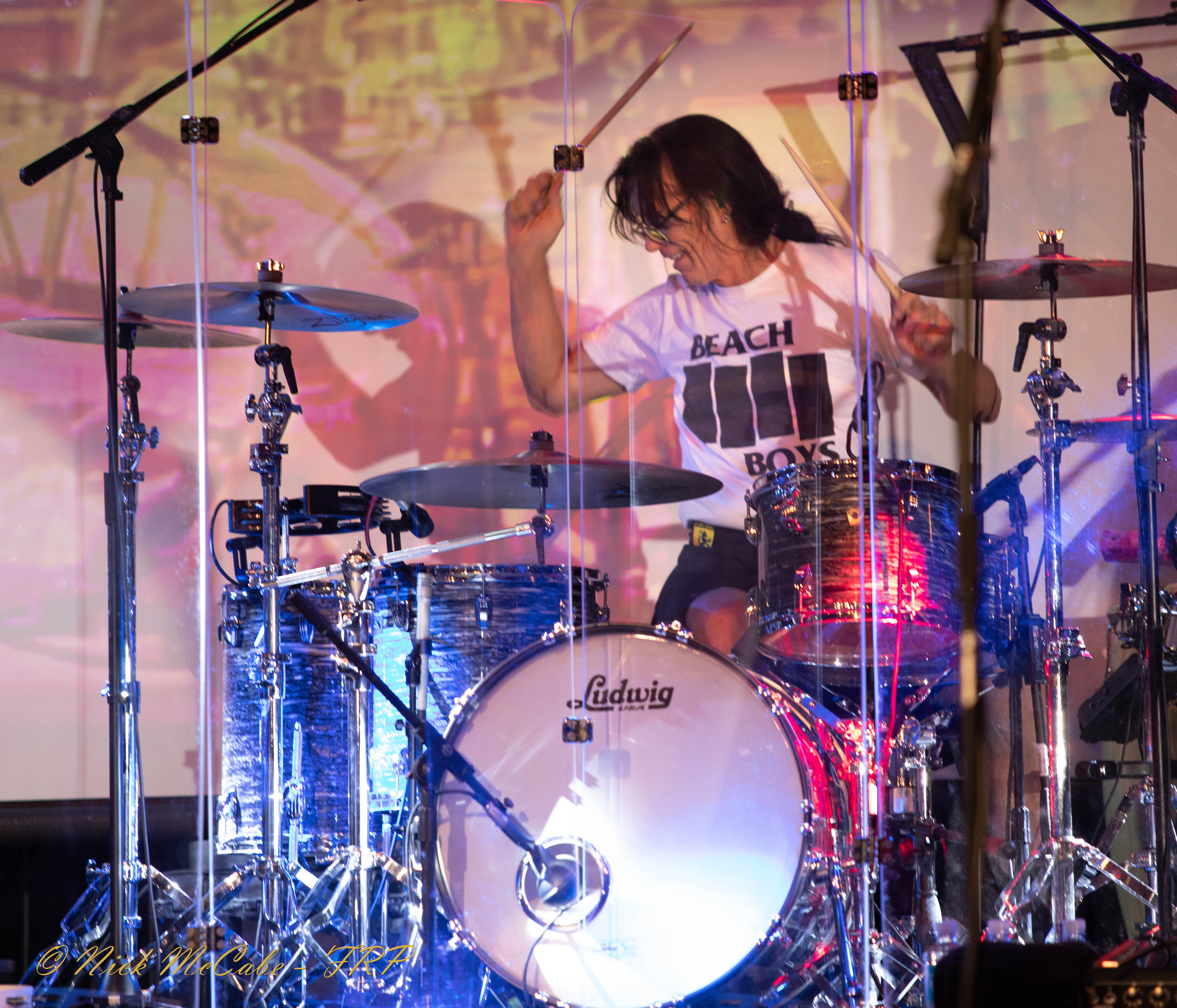 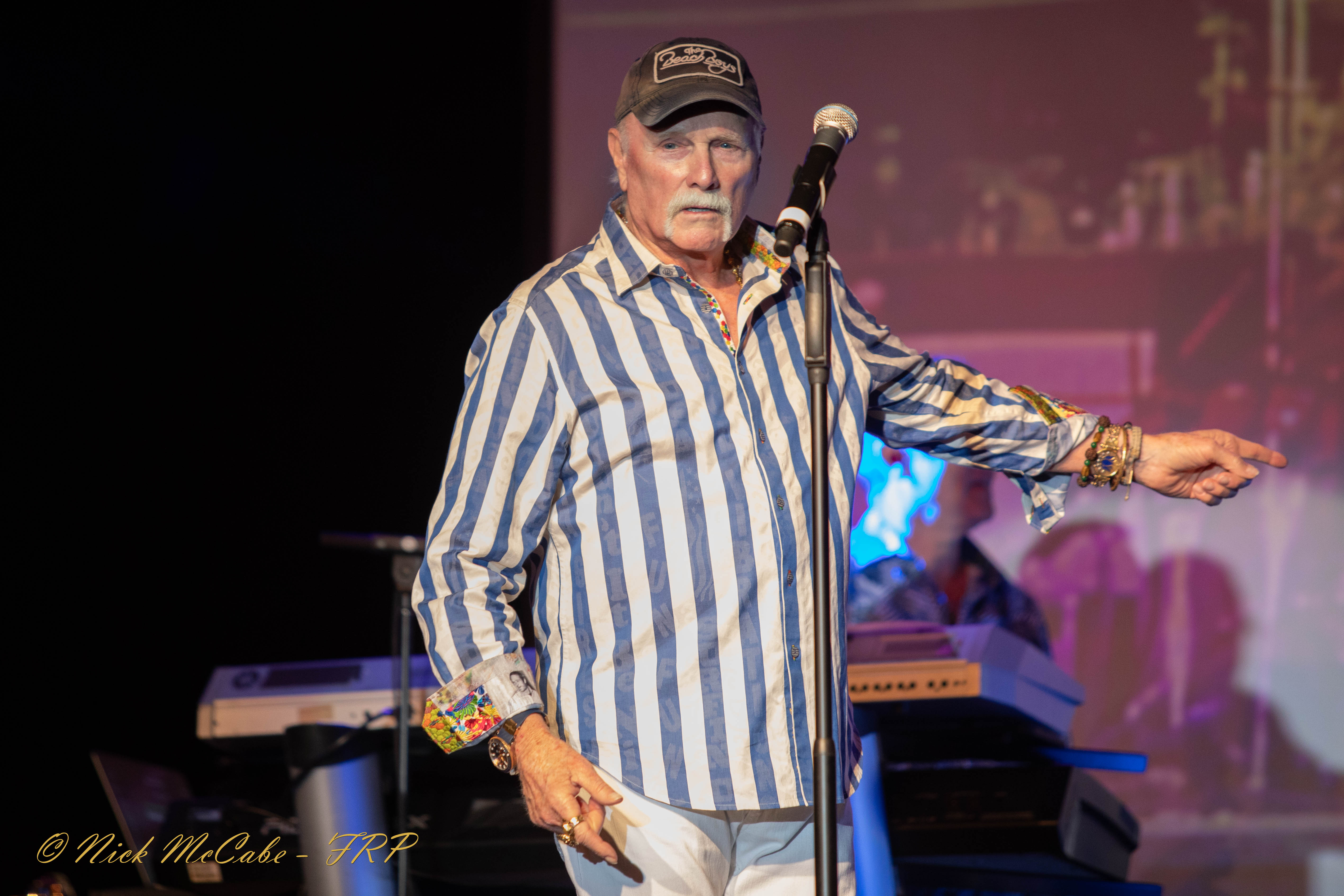 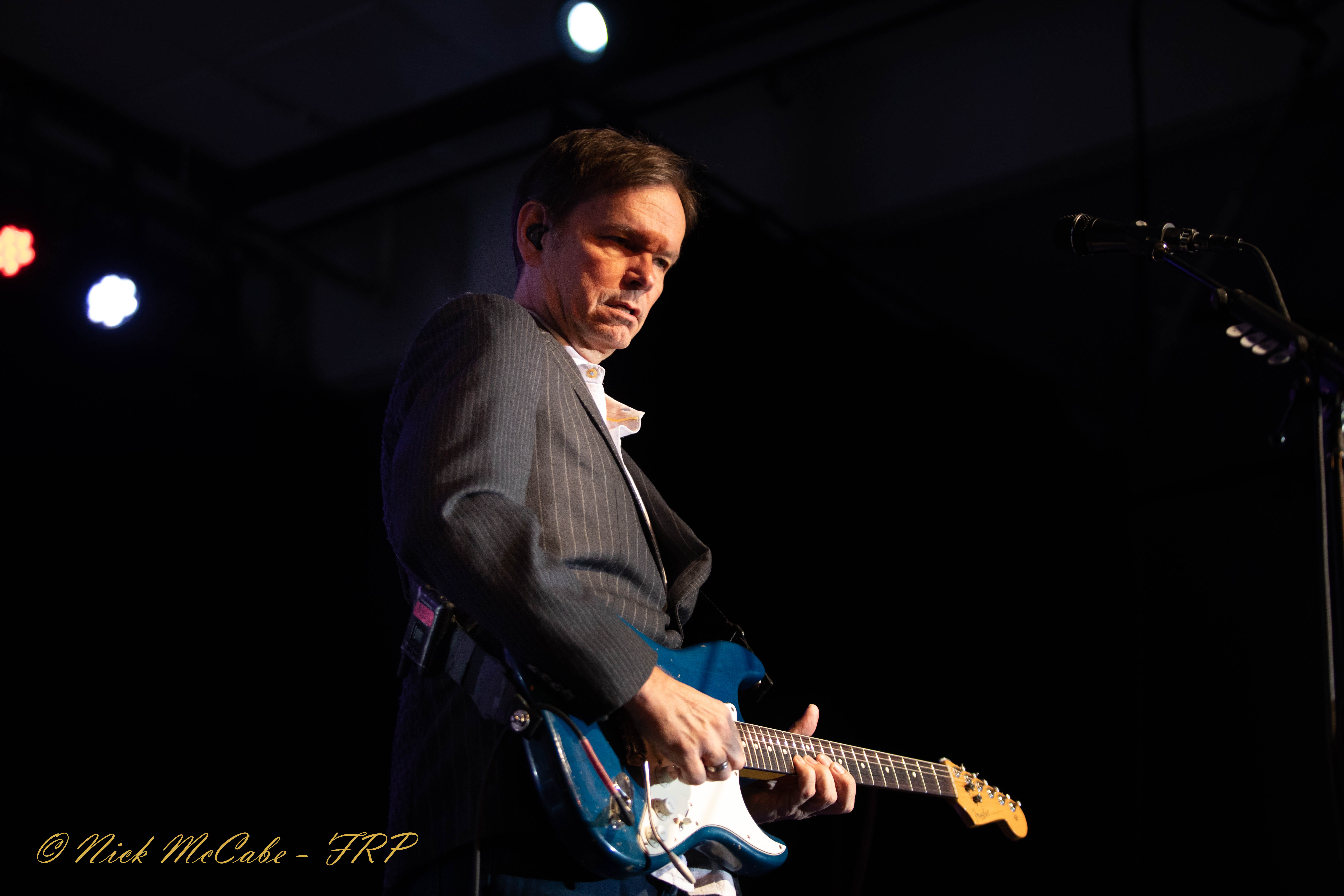 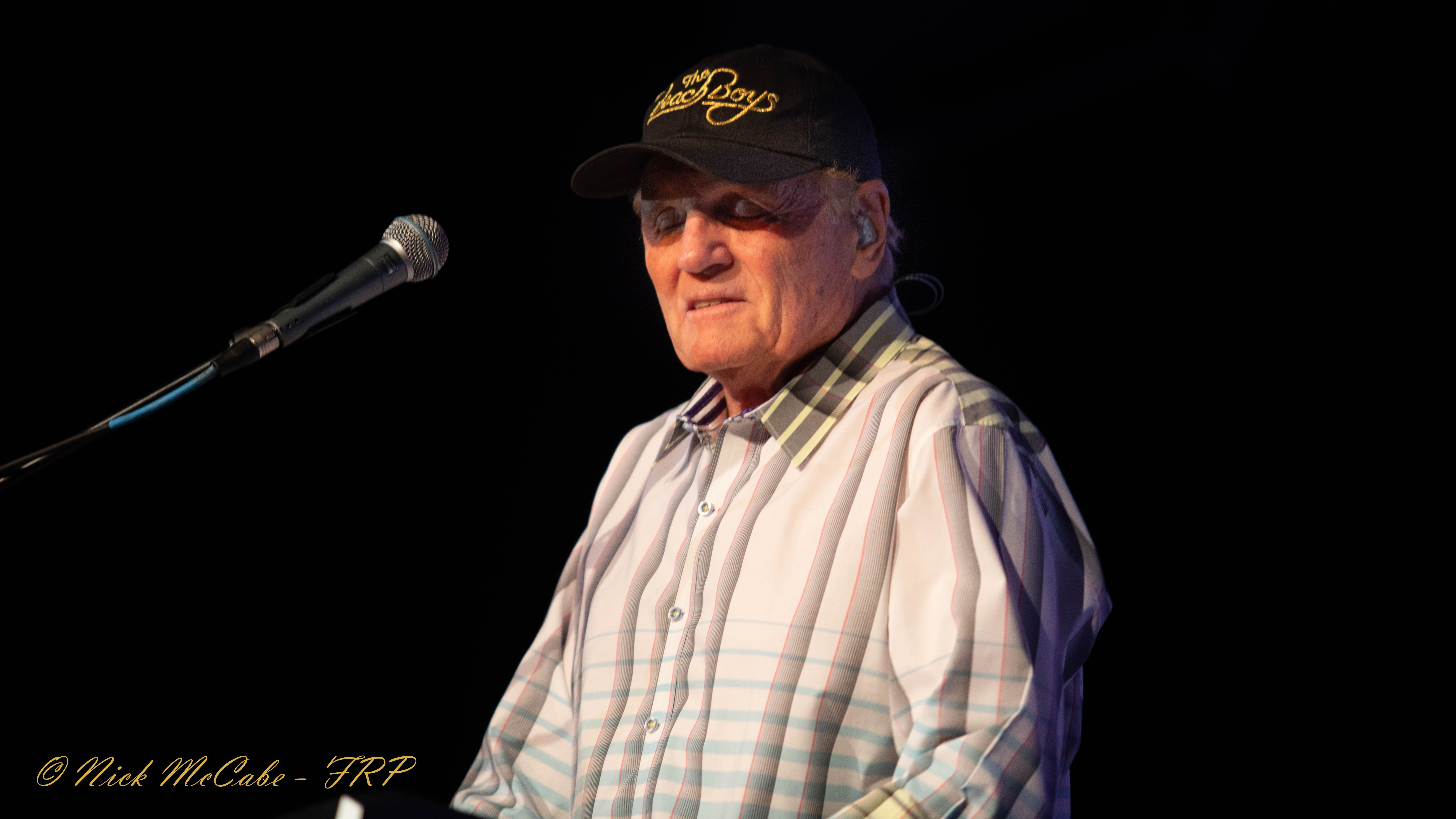 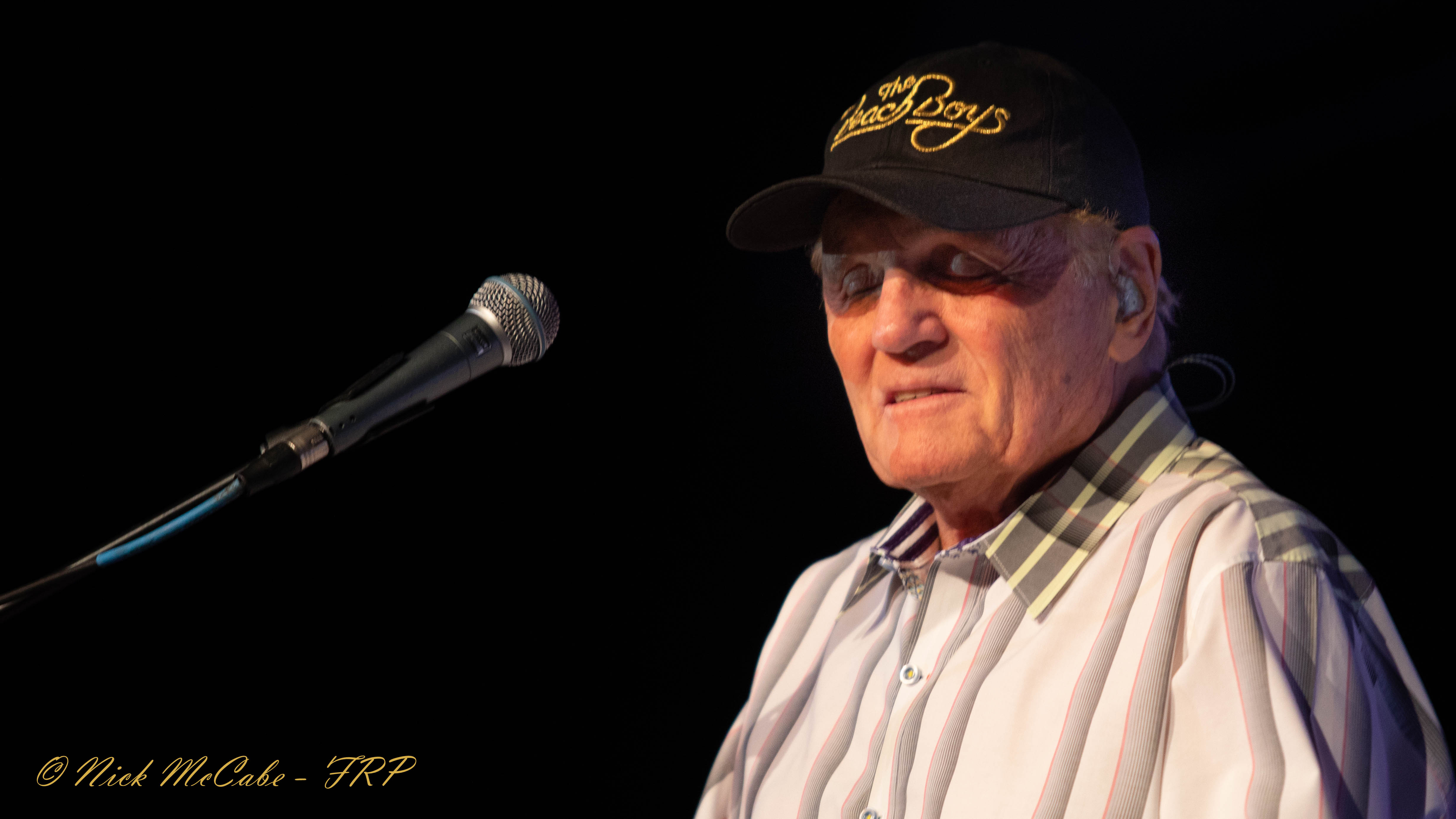 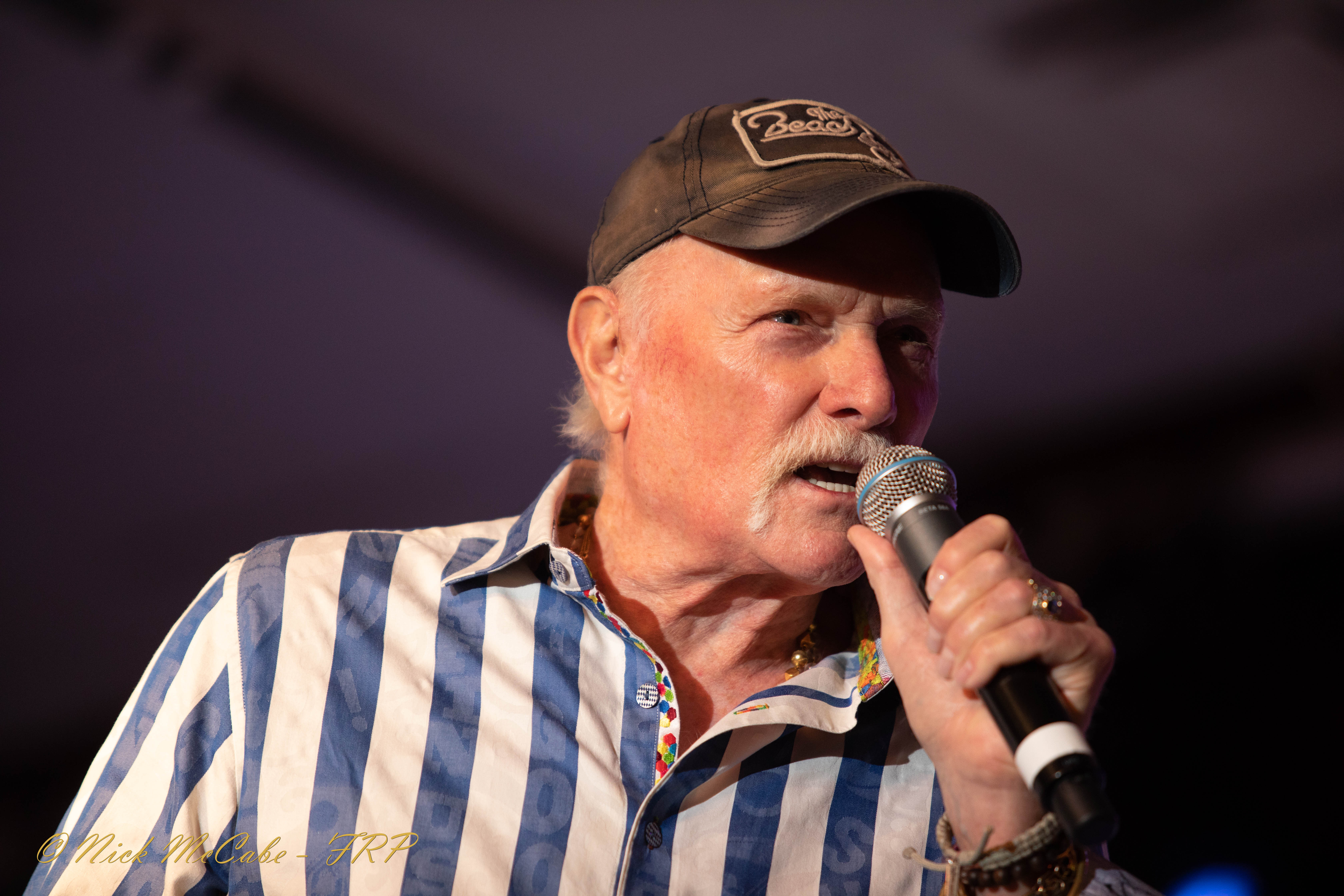 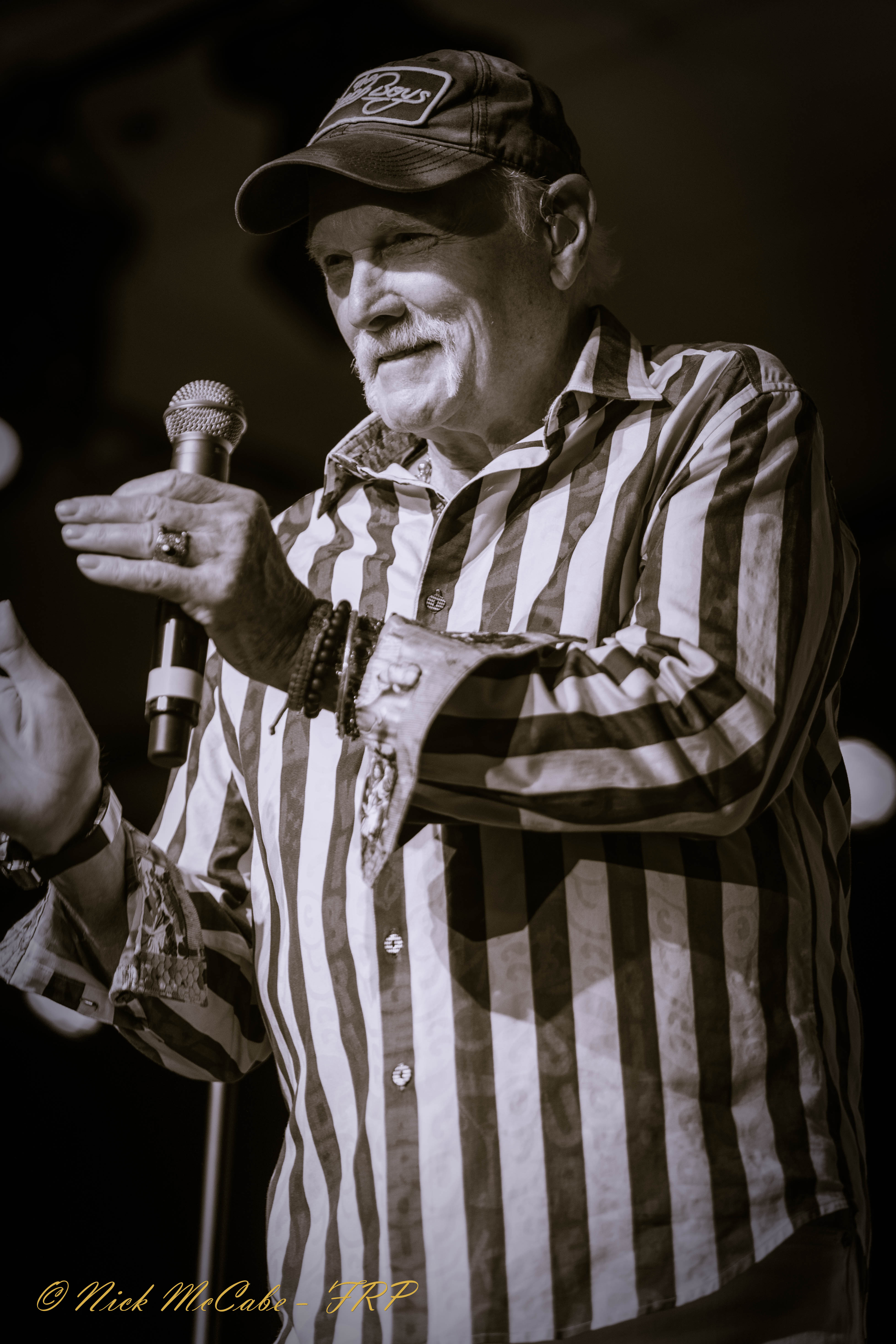