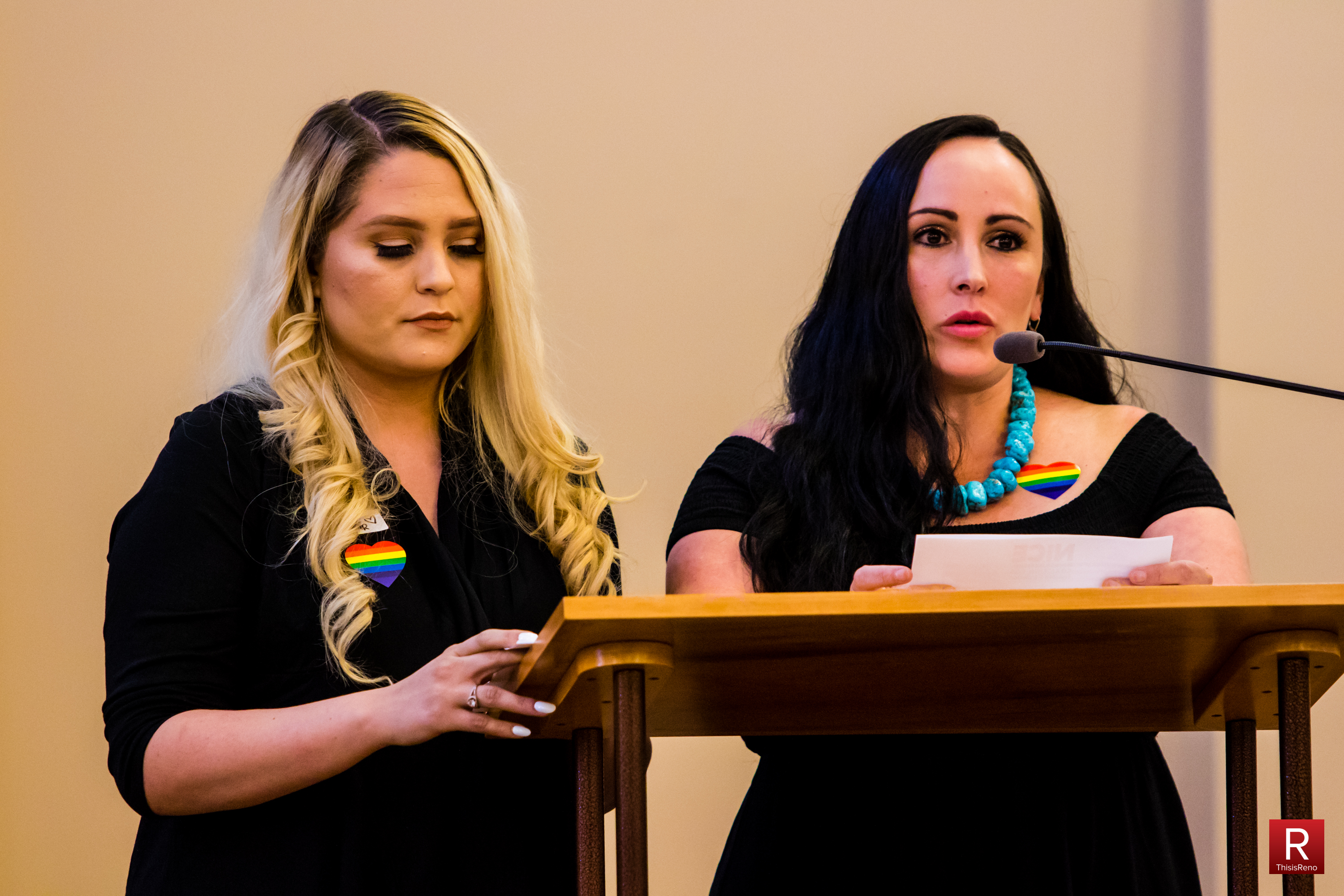 LGBTQ faith leaders and community members gathered Tuesday at the Lutheran Church of the Good Shepherd to hold a prayer service in remembrance of Orlando, Florida’s Pulse Nightclub shooting in 2016. The event was multi-faith, and Rev. Sean Savoy began the evening with a prayer form Mohandas Gandhi:

“I offer you peace.
I offer you love.
I offer you friendship.
I see your beauty.
I hear your need.
I feel your feelings.
My wisdom flows from the highest Source.
I salute that Source in you.
Let us work together. For unity and peace.”

Rev. Thomas Blake and Rev. Marvin Baker also spoke and gave words of wisdom. Baker talked about forgiveness and how forgiveness does not deny the pain that was caused.

Kerry Durmick spoke for Nevada Senator Catherine Cortez Masto (D). She said that mass shootings needed to come to an end and how the Pulse night club was supposed to be a safe place for LGBTQ members to be themselves.

Community members also had an opportunity to take to the podium and speak to their experiences. A sad commonality began to emerge as speakers retold where they were when they first hear news of the Florida tragedy.

Some speakers told stories of how the attack is still impacting survivors and family members.

Diana Loring told two the story of a man who lost his husband at Pulse while he had remained home to prepare for work. She explained how the man still has to wake to the pain of remembering that his husband will not be in the kitchen preparing coffee ever again.

Savoy introduced Alyssa Salazar and Sonia Trujillo who were there to talk about Aaron Salazar, the young man mysteriously injured from an Amtrak train outside of Truckee, Calif. The two told the audience that Amtrack was smearing Salazar’s name by implying he attempted to commit suicide.

They said that the severity of Salazar’s injuries included a separated brain steam, a broken vertebra, blistering burns on his groin area, and injuries related to self-defense. The two women also said Amtrak had refused to take forensic evidence and ended by saying they would continue to fight for answers.

The audience stood in applause as the two descended the stage and many appeared close to tears.

The evening concluded by reading out the names of the 49 Pulse victims and lighting candles.