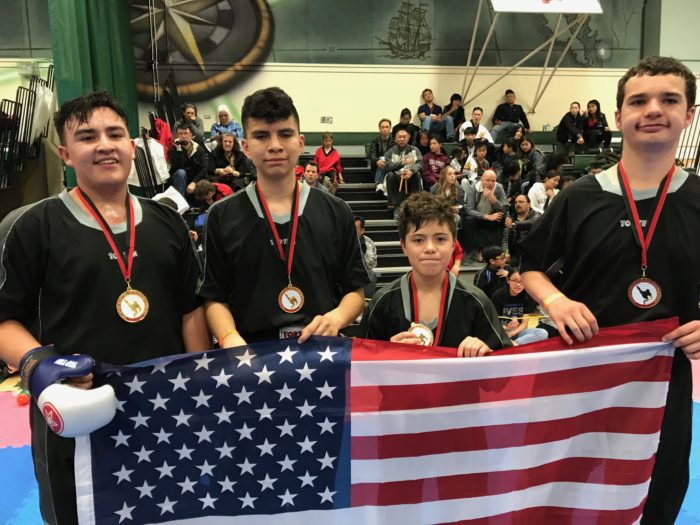 Two Amba Martial Arts teams, comprised of instructors and students, represented the United States at the BC Open Martial Arts Championships (BCOMAC) in Vancouver, British Columbia, Canada on Saturday, April 21.  The featured showcase of the event was two set team matches between competitors from the United States versus Canada.

The six-person United States adult team featured competitors from Hawaii, Oregon, and three from the North Valleys area of Reno: Amba Martial Arts’ Martin Amba, M.J. Amba, and Kennedy Cartagena. A last-minute replacement for the adult team, the capable 16-year old Cartagena competed on both the junior and adult teams. 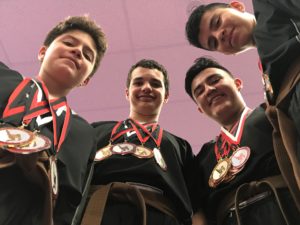 MJ Amba, along with his four students, also competed in individual forms and sparring divisions as well as their Team USA matches, earning further accolades. Here are their results:

“It was an honor for us to represent the United States. Our school has competed throughout the United States, but this was different, definitely more pressure involved. I’m relieved that we were able to come back with the win,” said MJ Amba, Amba Martial Arts Head Tournament Team Instructor.

Amba Martial Arts is located in the Red Rock Plaza in Reno and is run by a family of martial artists. The curriculum features various martial arts but its emphasis is Goju-Shorei Karate and Sport Martial Arts (the tournament application of martial arts). Classes are Mondays through Saturdays and the school accepts students from four years of age to adults. For more information on Amba Martial Arts, go to ambamartialarts.com or visit their Facebook page.