By ThisIsReno Published: June 13, 2018Last Updated on June 12, 2018
A Stormtrooper from the 501st Legion's Central California Garrison throws out a ceremonial first pitch on May 16, 2015 during the Reno Aces annual Star Wars night at Greater Nevada Field. Photo by David Calvert/Reno Aces 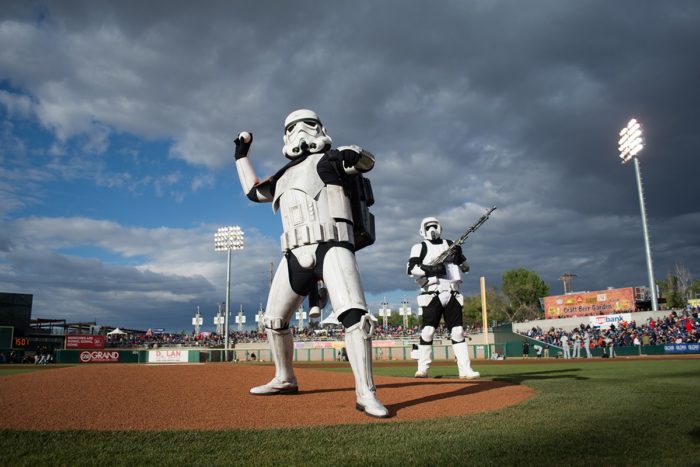 A Stormtrooper from the 501st Legion’s Central California Garrison throws out a ceremonial first pitch on May 16, 2015 during the Reno Aces annual Star Wars night at Greater Nevada Field. Photo by David Calvert/Reno Aces

Reno Photographer Has Worked With Baseball Club Since 2009 Launch

David Calvert grew up with a glove under his bed and a dream that someday, he might play professional baseball. Or maybe, just get to work at the ballpark.

A self-proclaimed failed junior varsity athlete, this season he celebrates 10 years as the official team photographer for the Reno Aces, Triple-A affiliate of the Arizona Diamondbacks.

For the past decade, Calvert has captured the moments that matter to his client. From the first pitch in 2009, to Reno’s sesquicentennial celebration earlier this season, his photographs serve as a visual record for the club and region. 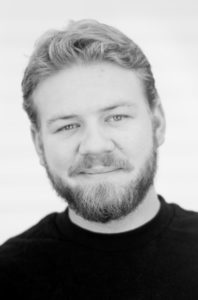 “Having David Calvert as our team photographer has put the Reno Aces into a position unlike any other franchise in Minor League Sports,” said Eric Edelstein, president of the Reno Aces. “We have a visual history of every important moment in our existence and even before. I’ve never understood the power of this medium until working with David and can’t imagine Greater Nevada Field without him.”

“In high school—when I stopped playing baseball and started photographing it—I knew then that I wanted to work with a team,” Calvert said. “This past decade with the Aces has been incredible. Working in this town with this club, documenting a decade of Triple-A players, is a privilege and dream come true.

To mark their tenth season, the Aces will host many exciting events at Greater Nevada Field. There will be concerts, fireworks, fan giveaways, and theme nights. And all summer long, Calvert will be there to photograph them.

A graduate of the University of Nevada, Reno, Calvert is an alumna of the esteemed Eddie Adams and Missouri Photo Workshops. In addition to working with the Aces, he is also the official team photographer for Reno 1868 FC of the United Soccer League.