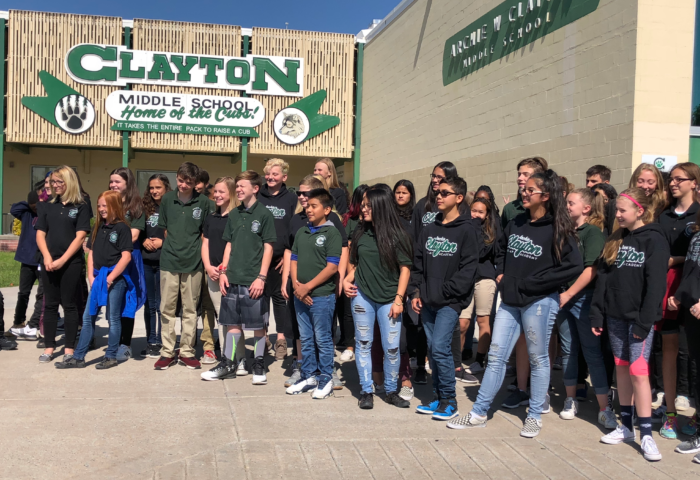 Researching and writing an essay on homelessness was an assignment for English class. But a team of Reno middle school students from the Clayton Pre-AP Academy ended up going beyond their call of duty, netting the Reno-Sparks Gospel Mission a truck full of donations Thursday.

Gospel Mission chaplain Tim Mikes thanked teacher Martha Taylor but Taylor told him the students did all the work—she just provided space in her classroom.

Clayton student Ricardo Rojas, 13, said he and his classmates listed some problems in the Reno area and homelessness came up the most. 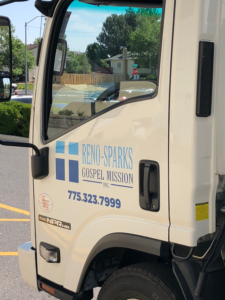 “So we thought we should help the homeless children in the shelters,” said Rojas, who brought in blankets, stuffed animals, and toys. “It makes me feel pretty good. I know I’m helping the less fortunate. I know I’d be struggling if I was there in their place.”

Taylor said her students began by studying up on what it was like to live in a shelter.

“They researched what comfort items little kids could use and they put together their research, wrote essays on it, and created flyers and brochures they could hand out to the community and this is where we ended up,” Taylor said.

Mikes said he was expecting about 35 bags but there were closer to 100. He said the goods would be used to make emergency baskets, go toward the organization’s clothes closets, and be included in its upcoming Christmas in July event.

“We will also probably give to other schools that are struggling and trying to find clothes for some of their lower income students,” Mikes said.

This was the first year students from Taylor’s classes took part in such event, but she said it probably won’t be the last.