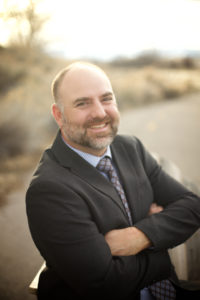 In early May I had a chance to sit down to talk numbers, policy, and Wolf Pack Athletics with Chris Sarman, candidate for Washoe County Assessor.

In my interview I found he was very well informed and had a great deal of understanding of the issues and challenges facing the office. He is currently one of five challenging incumbent Michael Clark (R) in the upcoming June 12th primary.

Sarman is a fifth generation Nevadan (born in and raised in Elko) and a University of Nevada, Reno graduate. Since graduating, he has worked in both the private and public sectors and now works at the Washoe County Assessors Office as an appraiser. Chris is also married and a proud father of two children (nine and five).

Chris’s reasons for running is he feels “the taxpayer simply deserves better.”

He cites that he is the most experienced candidate in the field with over 20 years in the disciplines of finance, marketing, consulting, and appraisal industries in real estate.

Chris is also a state instructor who is licensed to teach Assessment Administration and is a Legislative and Agriculture Committee Member for the Nevada Assessors Association. He also sees himself as unbiased, and believes the assessor should represent all taxpayers in a fair and equitable manner.

A major pledge Chris has is: “to bring to Washoe County taxpayers real representation and will be 100% committed to the office.”

Chris  believes the current tax system doesn’t do enough for seniors on fixed incomes. He also recognizes that Nevada’s property tax system is complex and believes the assessor should have a comprehensive understanding of it.

Finally, Chris also wants to continue good customer service and accessibility to live personnel in the office. He feels that taxpayers should be able to reach live people to answer any questions people have, and he himself often takes direct calls from curious taxpayers on a range of questions and concerns.

Chris also did something important in our conversation in simply clarifying the duties and roles that the county assessor executes.

“The assessor is an administrator of the applicable statutes that are in place and is tasked with discovering, listing, and valuing all property that is considered taxable,” he said. “The assessor does not sponsor or vote on bills, and the assessor is not charged with collecting taxes.”

This office is getting more attention due to the rise of housing prices, affordable housing concerns, and proposed legislation (SJR14) to deal with these issues.

Chris’s route to victory is to spread his message at various campaign forums and by meeting and discussing his campaign with people throughout the community. Chris’s use of signs and other means of advertising are also being used to reflect the many people support him.

Chris all about business and getting the job done.

Find out out more: https://sarmanforassessor.com/