Home > Featured > From The Left: Participating in Our Democracy (Opinion)
Featured

From The Left: Participating in Our Democracy (Opinion) 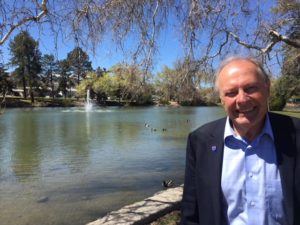 My wife and I recently did something we’ve never done before and enjoyed the rare pleasure of witnessing democracy in action, up close.

We volunteered to hold a candidate fundraiser at our home for a congressional candidate. It can be awkward opening your home to strangers, never knowing who may potentially show up, but since the gathering was for a Democratic candidate, we knew that no creeps would wish to attend (easy … that was a joke).

The day unfolded and perhaps 25 people showed up at our Reno home on the bank of the Truckee River. Everybody was extremely polite and grateful to have been given the opportunity to meet a candidate, hear what he has to say and then ask specific questions about the issues most important to that particular voter.

The candidate for whom we held the fundraiser was Clint Koble, running against a handful of other worthy candidates to compete in the June 12 Primary, hoping to face incumbent Republican Congressman Mark Amodei in the general election. In the interest of full disclosure, I should tell you that I have joined the Koble campaign team to help him get elected.

Whatever your political affiliations, I encourage you to get involved in some capacity as these important elections loom. It doesn’t require much time, and having an effect on the process, even just a minimal one, will make you feel more American than you’ve likely felt in the past. We can’t take our Democracy for granted.

You should have received your sample ballot in the mail this week. It’s time to go through it, pick your obvious favorites and then do a little research on the races that’ll affect you the most. Go to the candidates’ websites to learn about their platforms so, when you enter your voting booth (or vote early, which I recommend), you’ll feel prepared and do your part in an informed, democratically educated way.

So, consider hosting an event in your home. It’ll change you in a subtle, pleasant way. It’ll also give you license to speak aloud, proudly, about your picks of specific candidates in various races — just as I have done for Clint Koble as congressman here in Northern Nevada. I’ve earned that right and it feels wonderfully American. 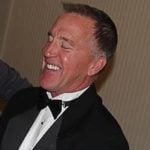 Koble fired up in second run against Amodei

Koble Announces Another Run at Amodei