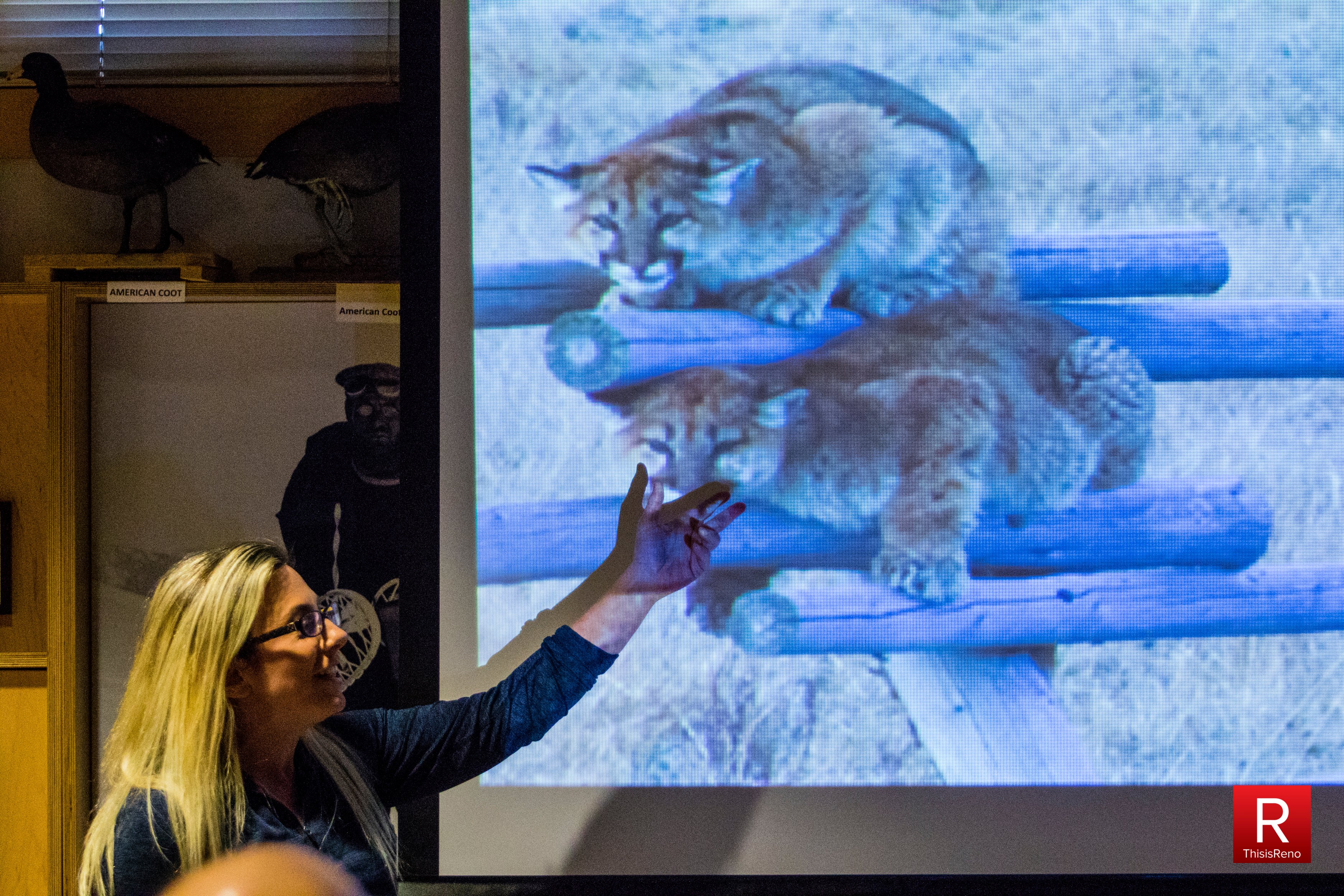 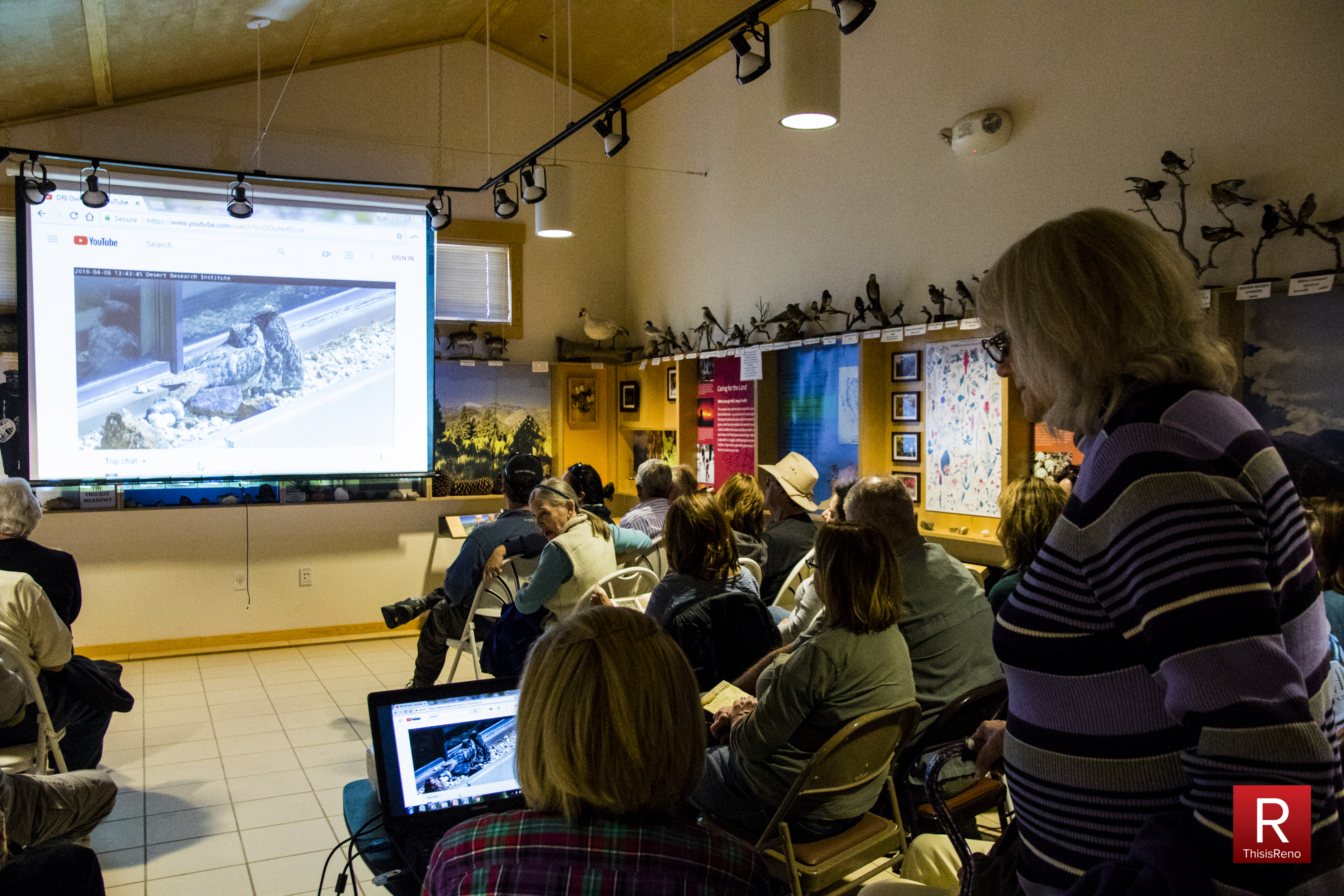 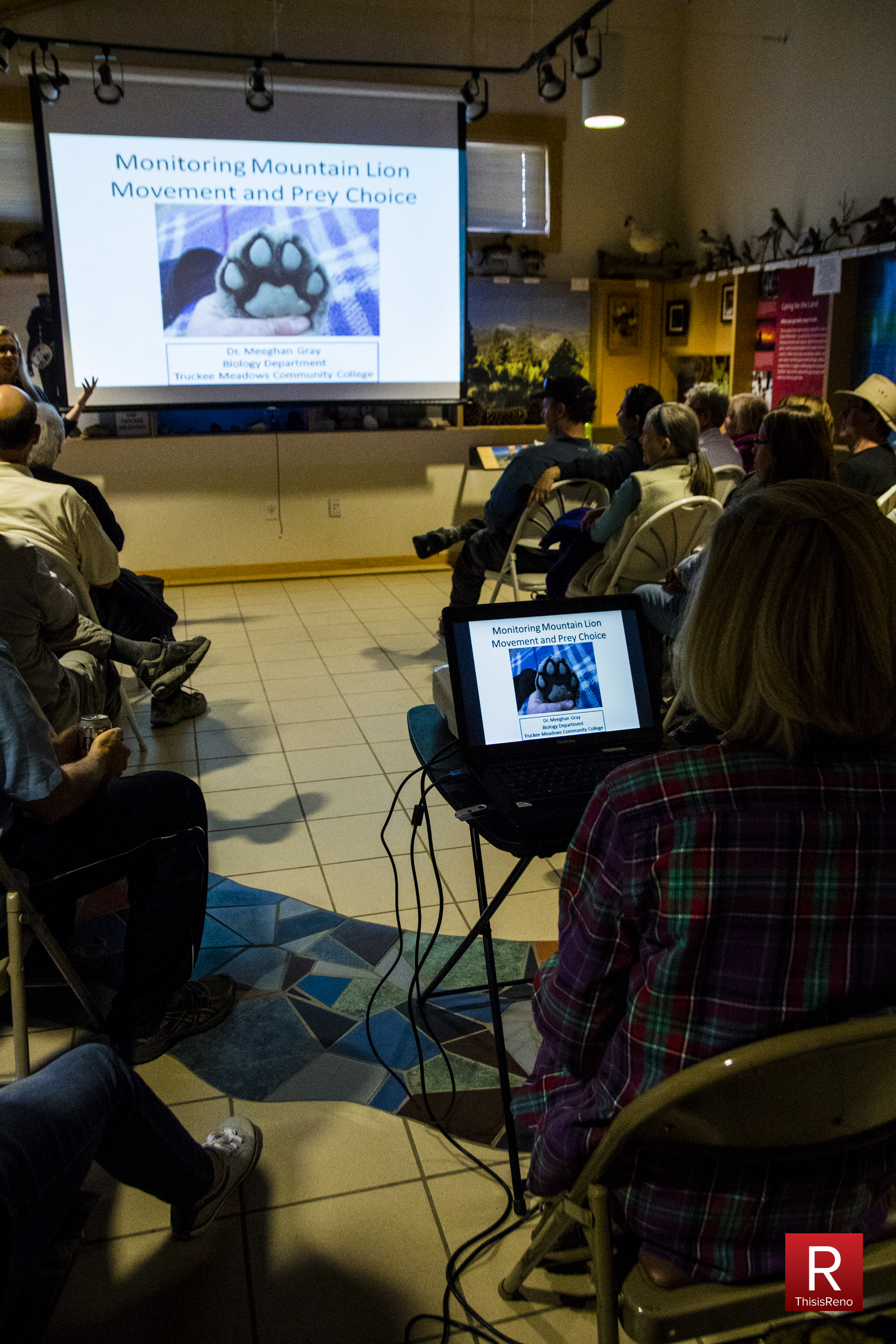 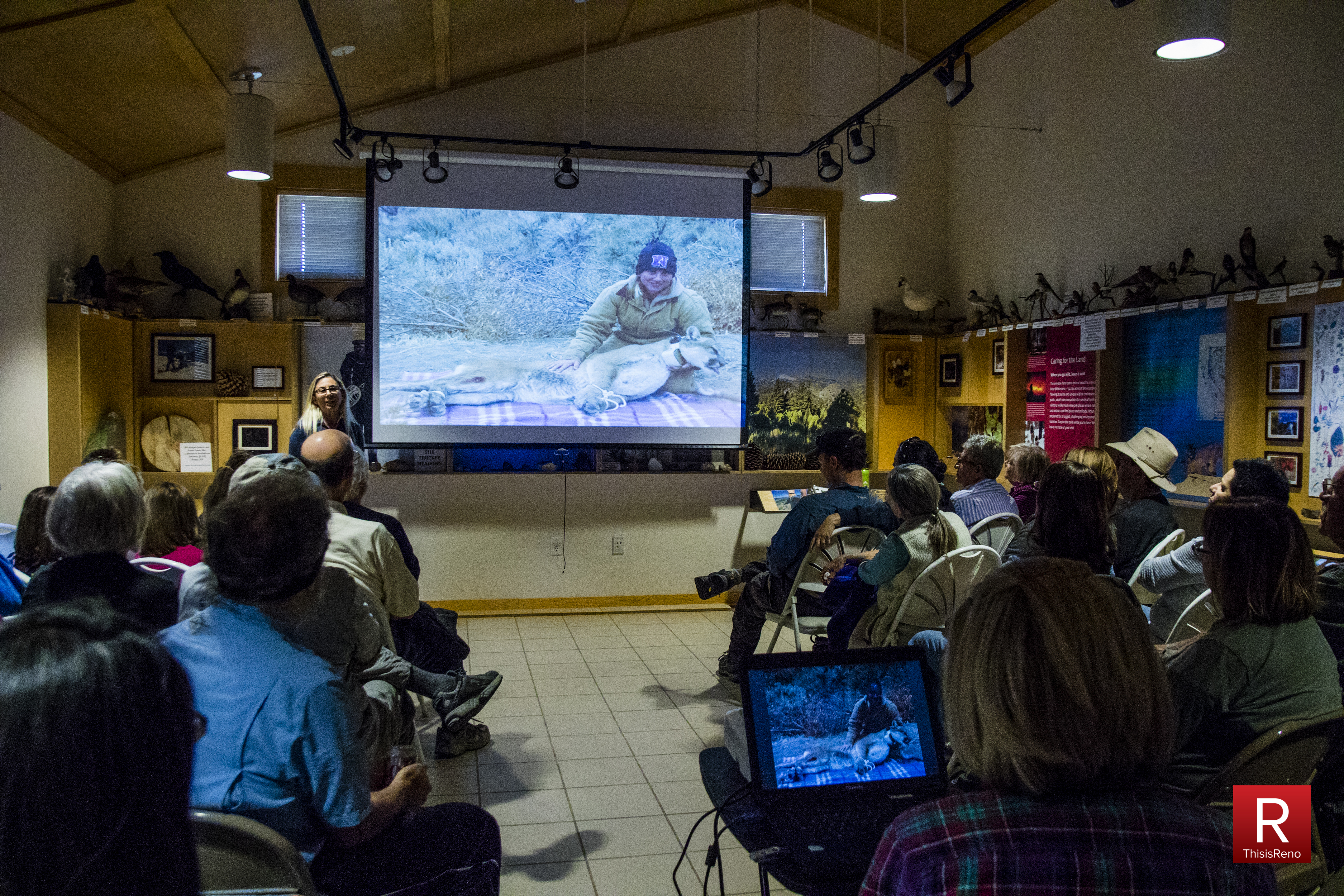 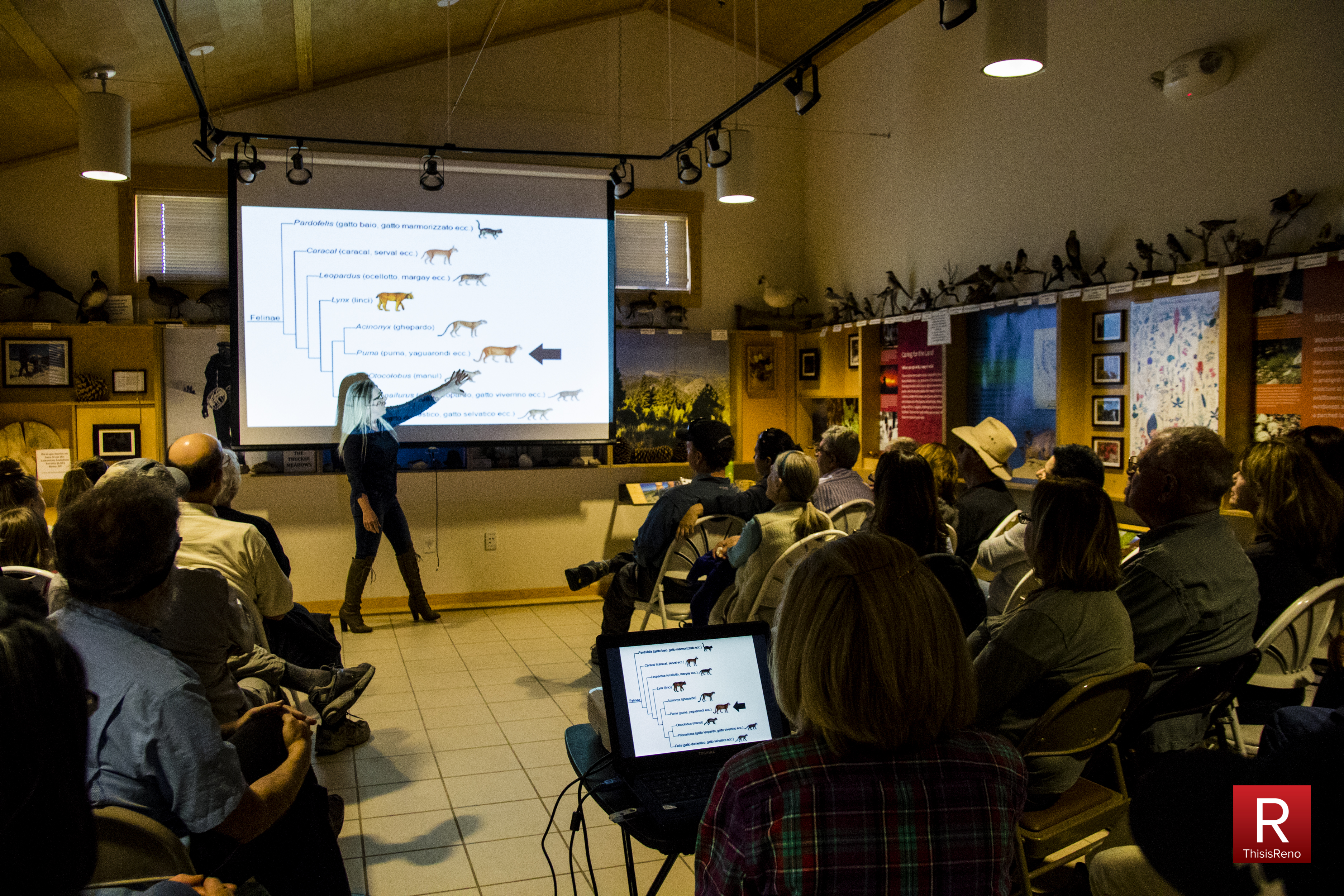 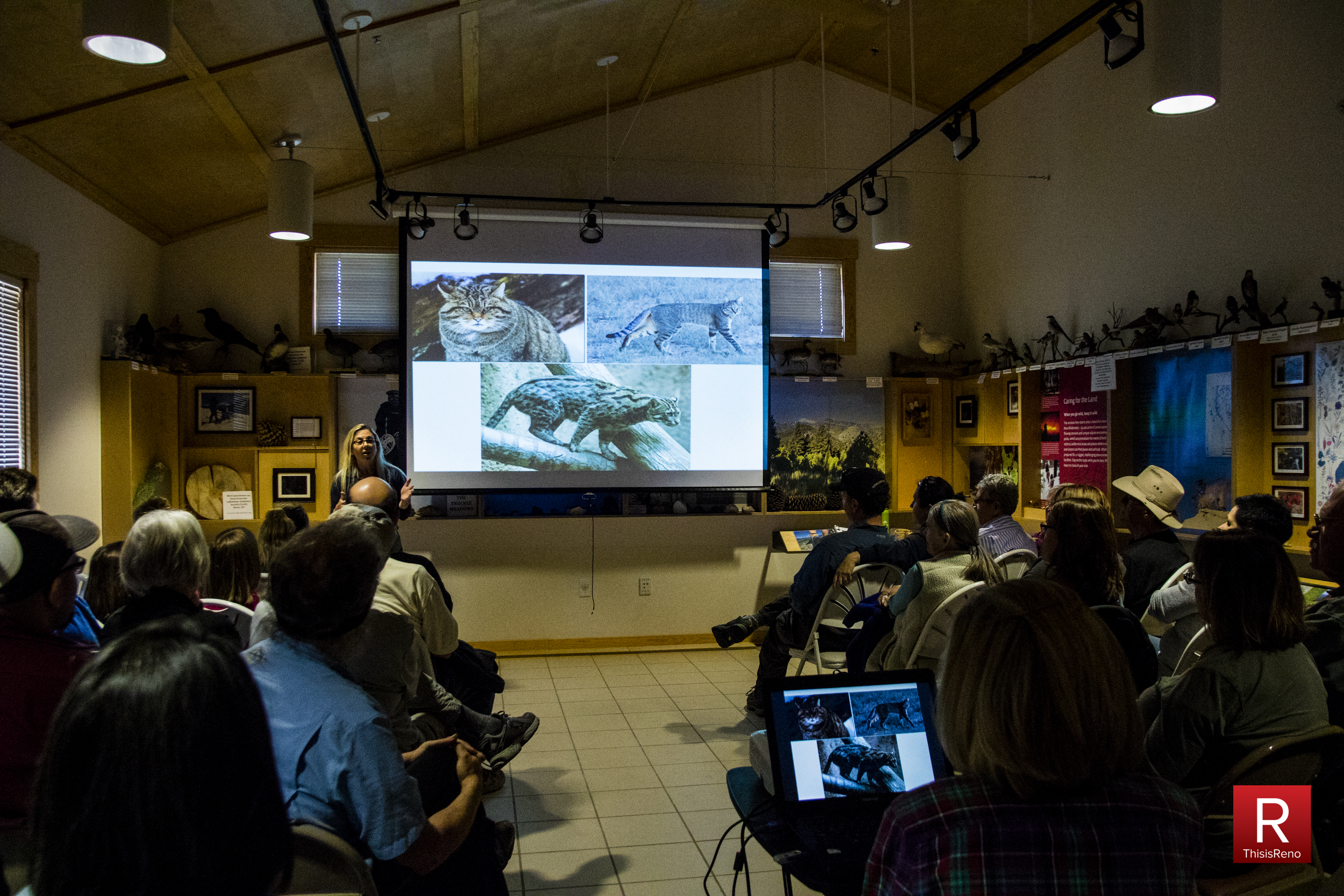 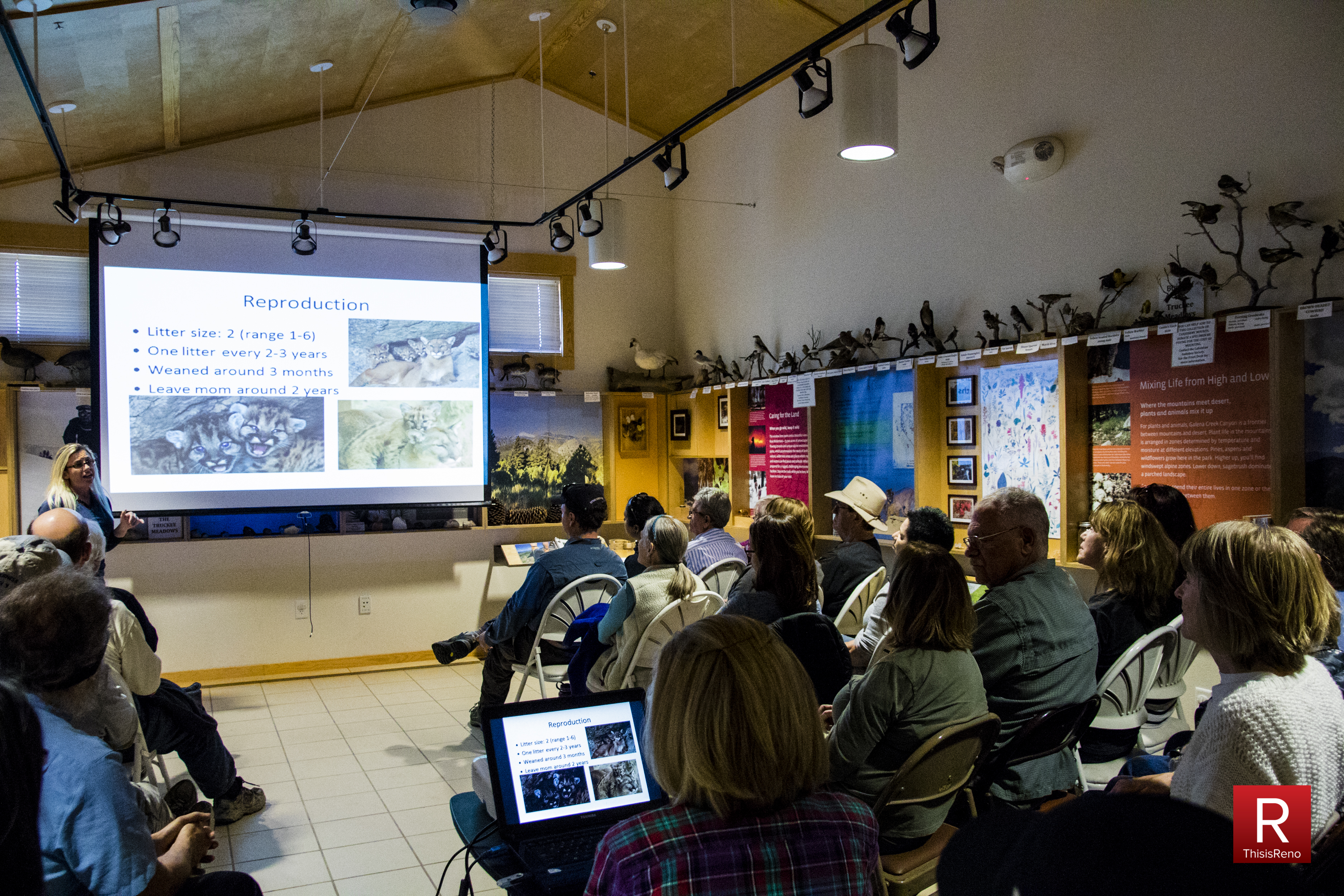 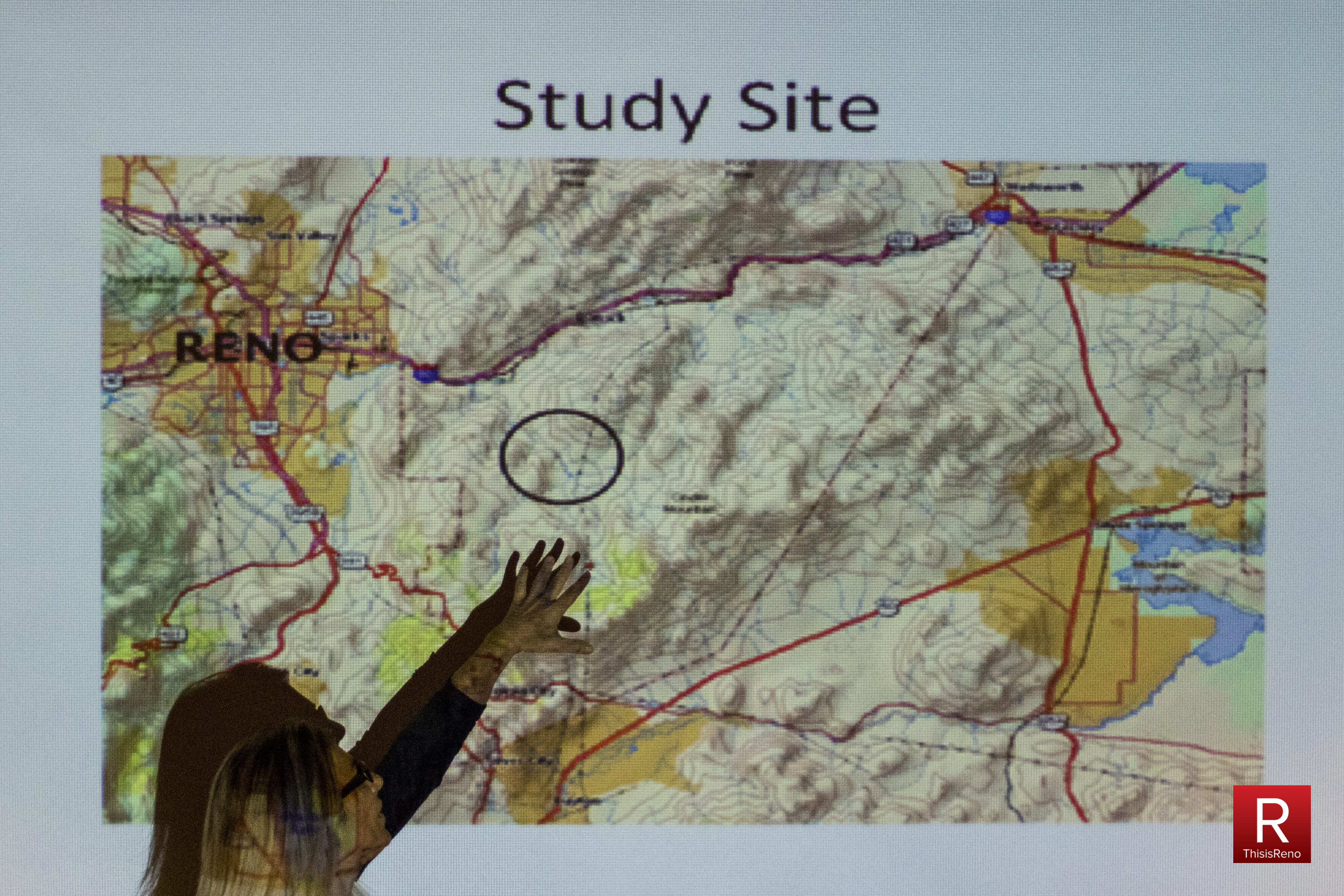 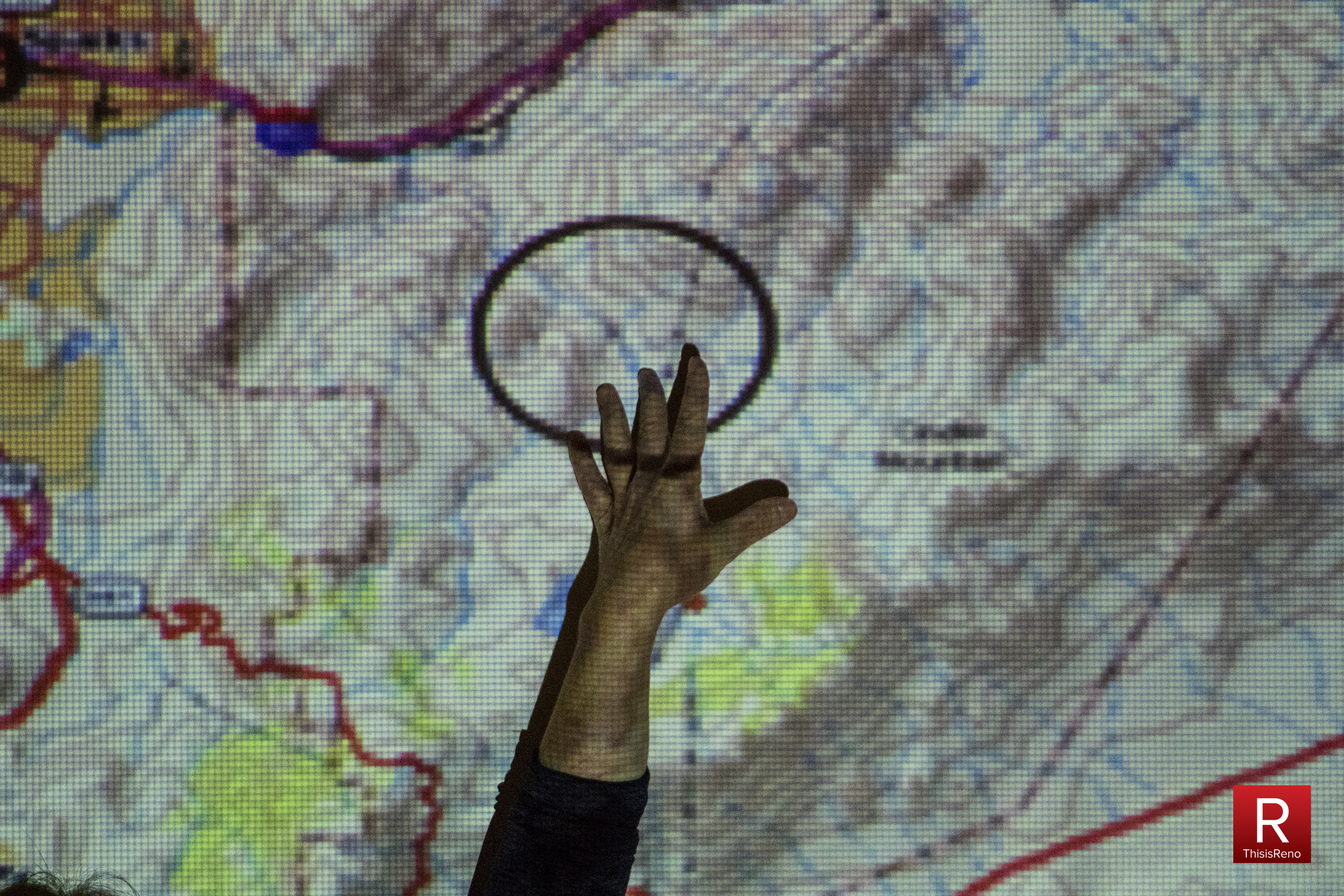 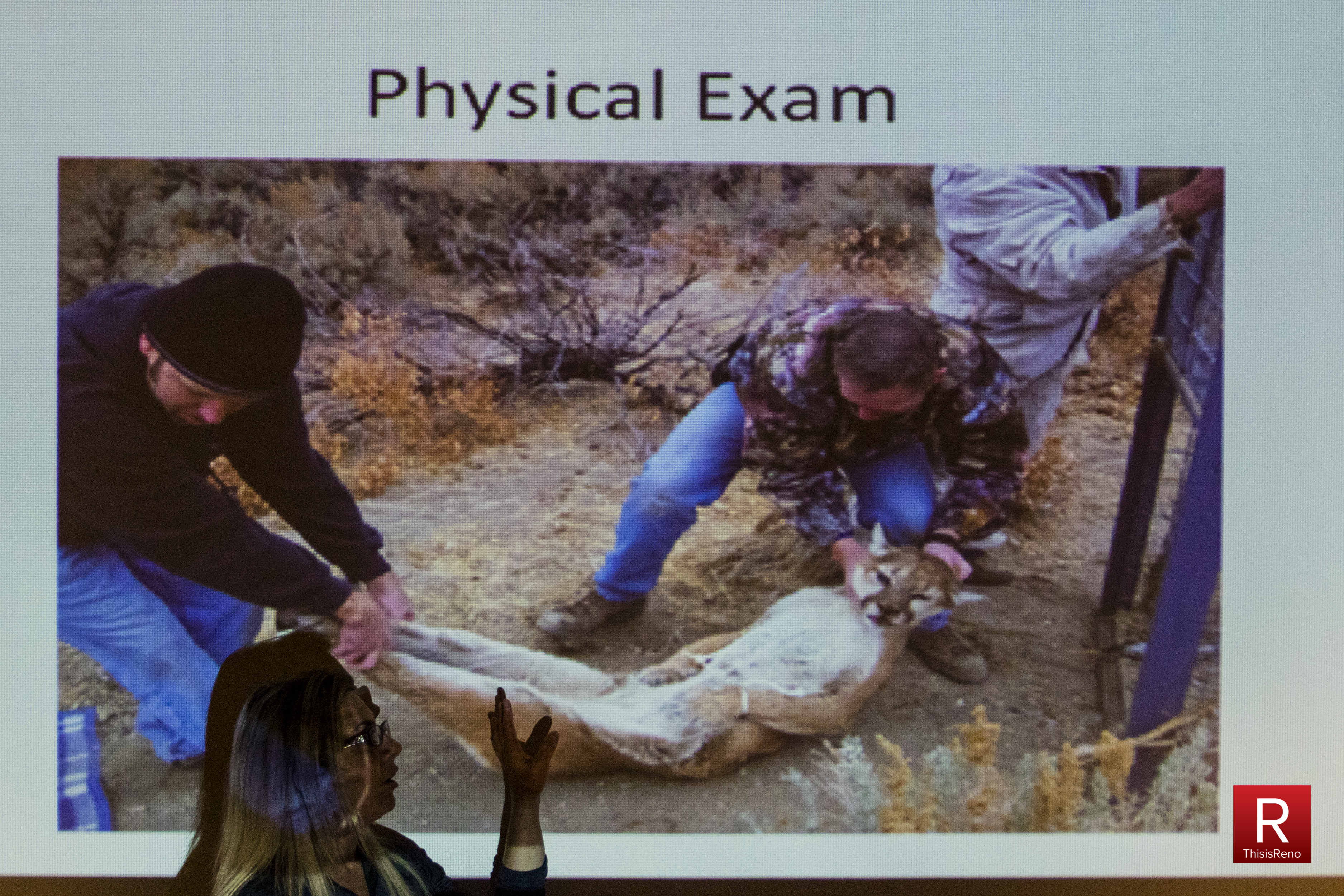 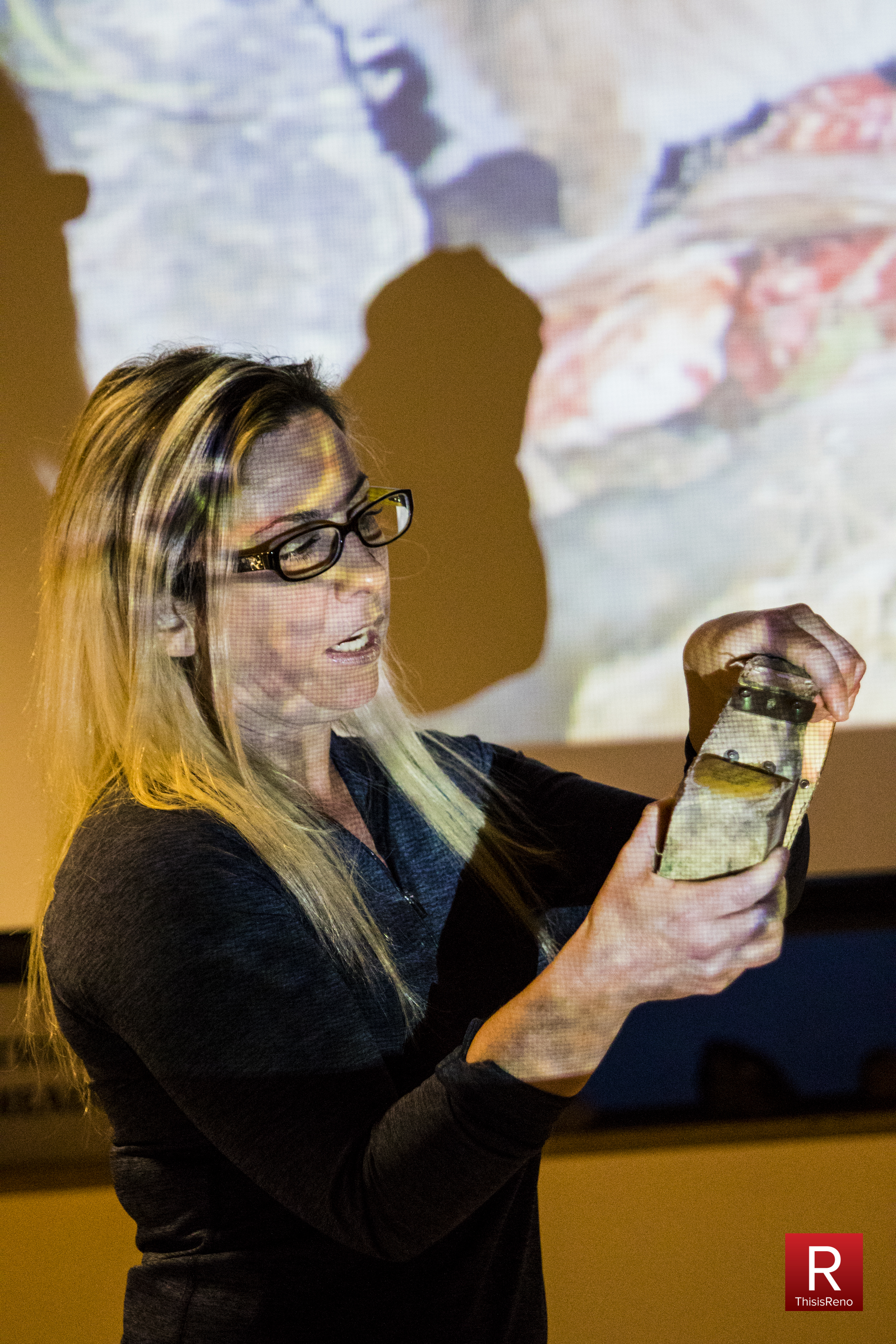 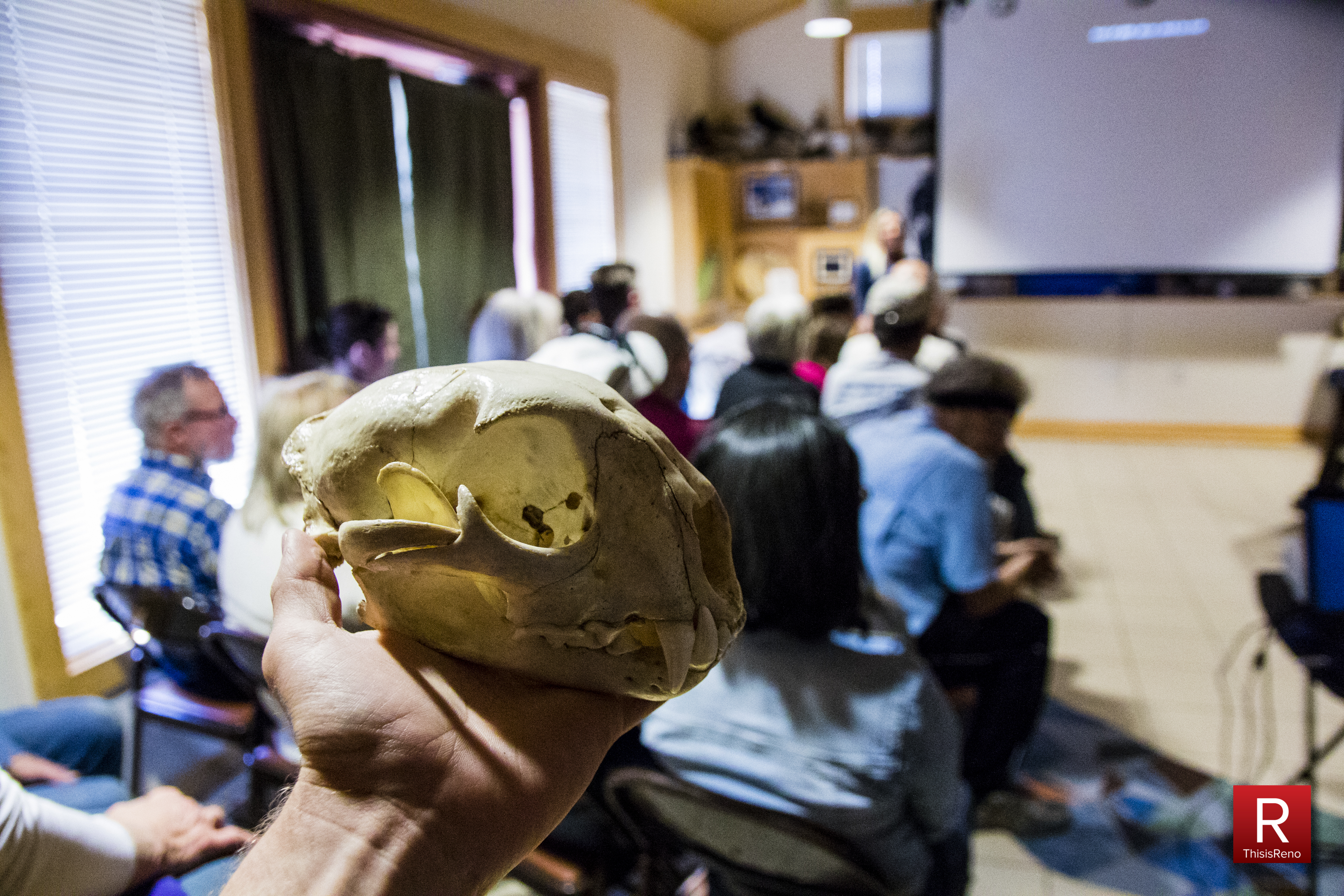 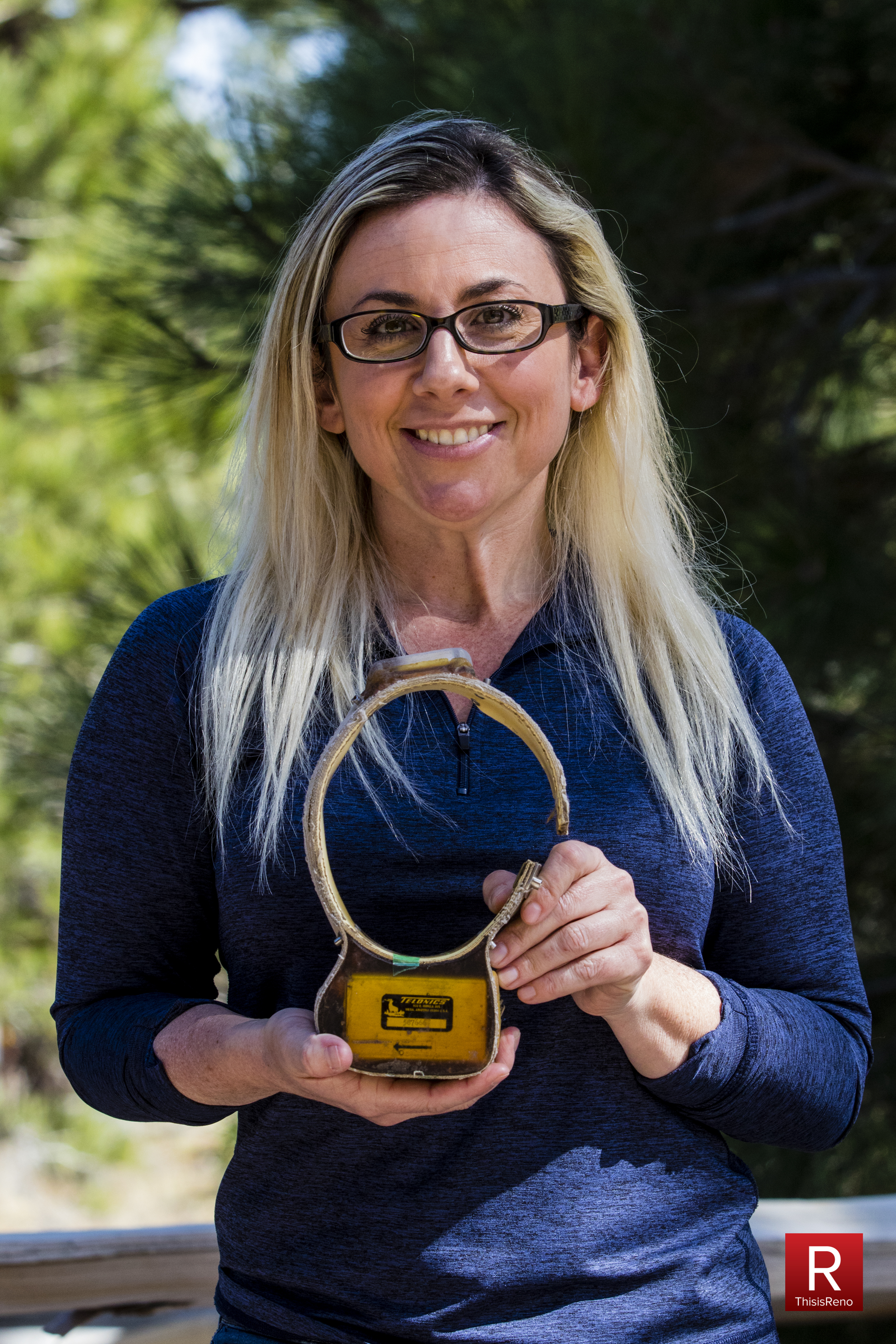 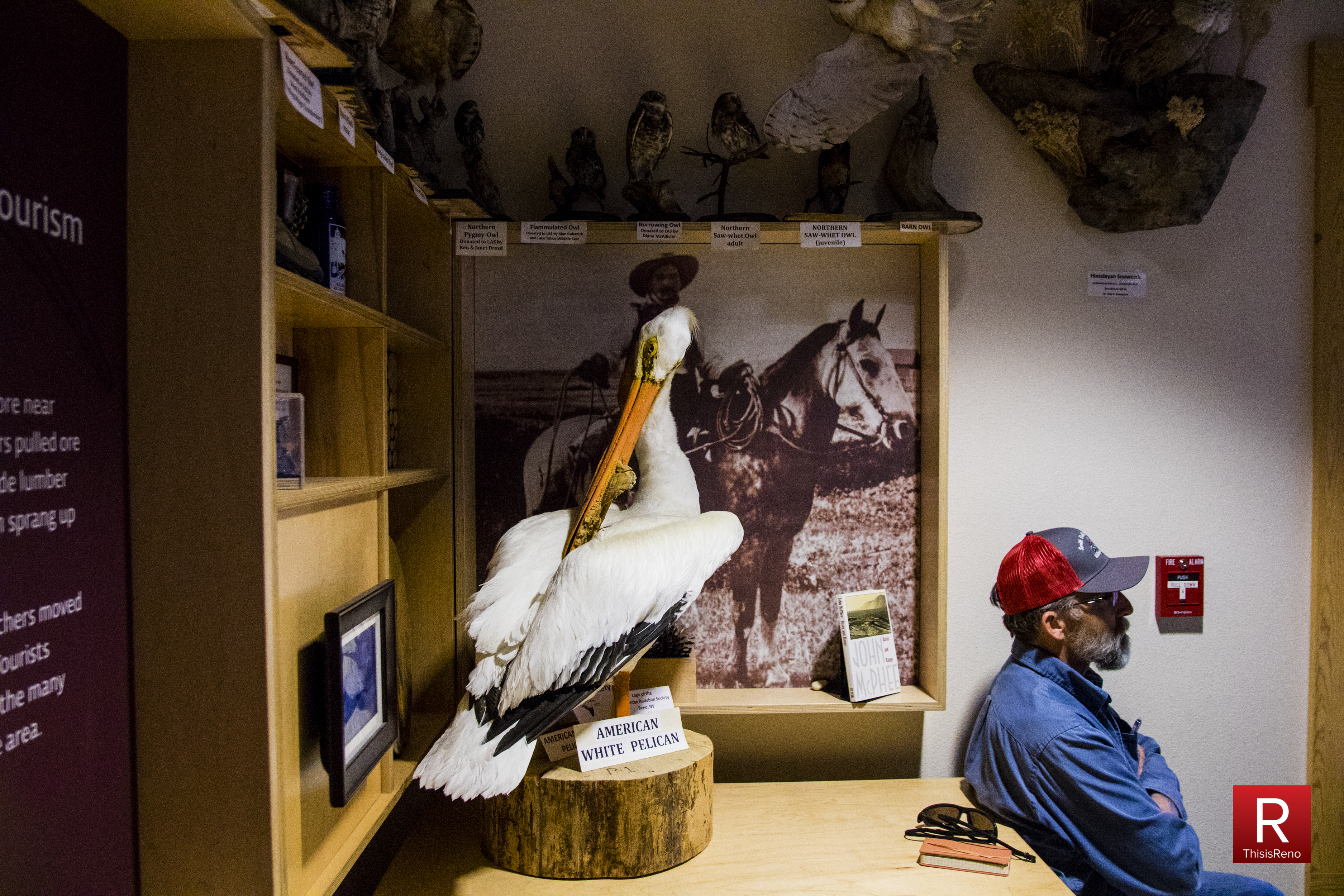 Reno residents gathered this weekend at the Galena Creek Visitor Center to learn about the dietary habits of mountain lions in regards to feral-estray horses on the Virginia Range. The crowd grew to over fifty people requiring additional seating.

Speaker Dr. Meeghan Gray teaches at Truckee Meadows Community College and has been studying the Virginia Range horses for years, including contraception for horses to reduce their numbers. She explained that her main work was studying the feral horses in the Virginia Range for her dissertation in the mid-2000s. During that time, she continually came across killed juvenile horses or living juveniles with large scrape marks.

As the GPS collar transmitted her location four times a day, clusters of activity often revealed kill sites, showing that 77 percent of the lion’s diet consisted of juvenile wild horses.

During the 10-month tracking period, the mountain lion was shown to have killed 20 juvenile horses. That may sound like a lot compared to the number of breeding feral horses, but with the very small number of mountain lions on the Virginia Range, it is a rather inconsequential number.

During the study, the female mountain lion also gave birth to a pair of kittens, kittens being the correct term for juvenile mountain lions, which were adorable, but also fed on the horses their mother had killed.

Ag Department Moves Forward To Give Away Feral Horses