Home > Featured > From The Right: We Don’t Care How You Did it in California (Opinion)
Featured

From The Right: We Don’t Care How You Did it in California (Opinion) 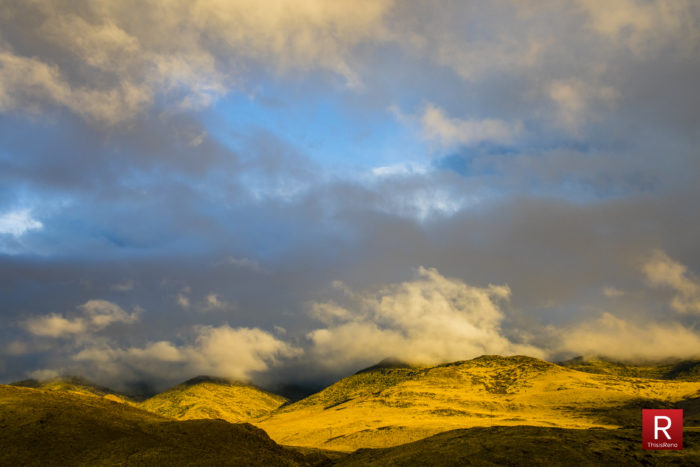 A blunt phrase I’ve heard said by Nevadans, from my neighbors to Nevada politicians, ever since I was kid is “I/We don’t care how you did it in California,” usually followed with a quip of either “you’re not there anymore!” or “you’re in Nevada now!” It’s a phrase that many Nevadans say with pride or in a joking manner to new transplants to the state, or even put on bumper stickers, regarding many, many, many squabbles or differences between our neighbors from California.

We in the Silver State don’t see ourselves as superior in any way, shape, or form (unless it’s football/basketball season, any major festivities, or a holiday weekend when our views change considerably based on what shenanigans we see). We see our differences in big ways though; whether it be our views on tax policy, the role of limited government, freedom of speech, public land policy, or personal liberties/behavior. This idea is growing as an undertone of this election cycle in Nevada. 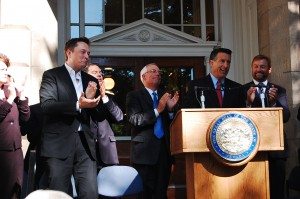 Arguably so because this is the most consequential election in a generation and a lot is at stake. Many locals, Republicans, and conservatives alike feel that the Nevada they grew up in, came to, and live in is shifting before their very eyes. Flashpoints range from Tesla moving to northern Nevada (and the subsequent tech job rush that’s come from it), the 2015 passage of the commerce tax/increase of the modified business tax, to the current state of affairs in the rental/housing market, and in Washoe County’s sales tax increase for schools during the 2016 election.

Yes, there is growth going on all around us. Yes, we have come a long way since the dark days of the Great Recession. Many of my fellow Republicans and conservatives are now raising the point is it worth it? With growth comes the demands of more infrastructure, schools, police, and other public services. That makes many worry of increased government in our lives, which could lead to a decrease in personal liberty.

The other major concern is higher TAXES. Yes, we need to invest in the community and future. Yes, we need give our children a good education. But many of my compatriots feel we already spend too much money for too little result. For example: the school systems in some Nevada counties, mainly in Washoe and Clark, are bloated, inefficient messes that often overspend and underperform.

Many Republicans and conservatives who opposed the commerce tax/MBT argue that what made Nevada competitive in the business marketplace (retail, shipping, corporations, manufacturing, etc.) was our low/no corporate tax policies. A complaint of many native Nevadans and new transplant Nevadans is that their reasons for being in Nevada, to escape from the traps of high taxes, traffic, crime, government dysfunction, and low quality of life in California, are slowly creeping here. 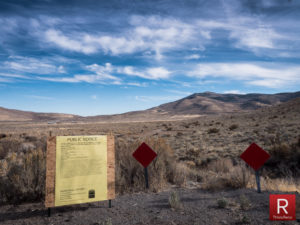 Public notice for the StoneGate development hearing. The notice is posted at a dead-end overlooking the property to be developed. Photo: Bob Conrad.

Is there validity to these points? I think there is, simply considering all this new growth, people, and new challenges. One could say we do need to adapt to manage this change. But the question is, by how much? After all, figuratively speaking, we were here first. Why do we have to change our way of life because of new neighbors? That brings a natural feeling of resentment of being told what to do by our new neighbors in our own homes.

So why that punchline phrase has more of a gut punch feeling now more than ever? Because we are at a crossroads in the history of our state, county, and community. What kind of Nevada do you want? On Nov. 6, 2018 we get to decide!

The big question for 2022: Just how badly will Democrats...

You can help stop the progressives from taking over our...

Democrats continue to outpace Republicans in voter registration efforts in...